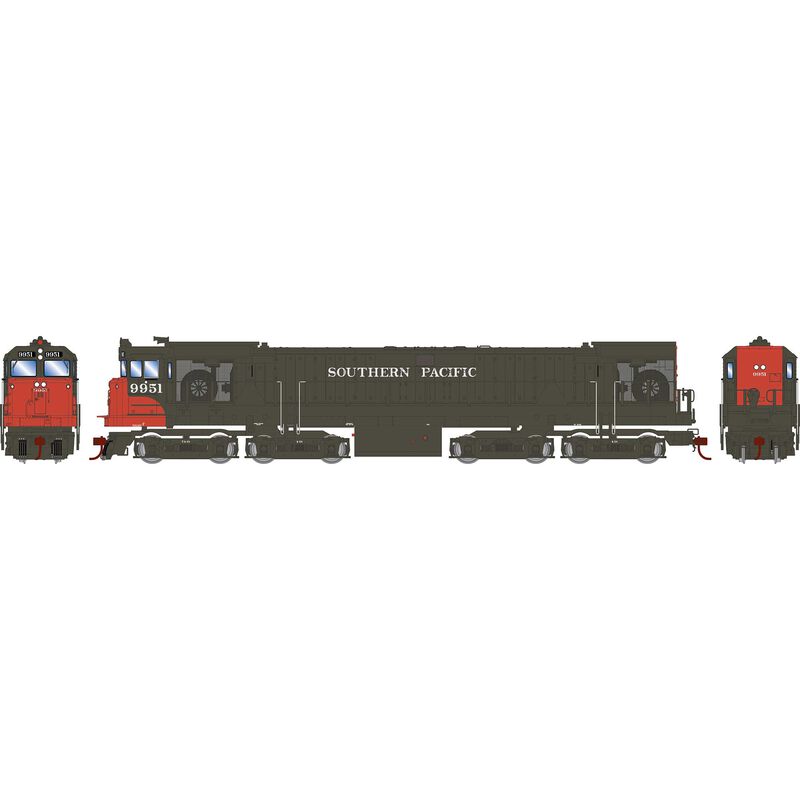 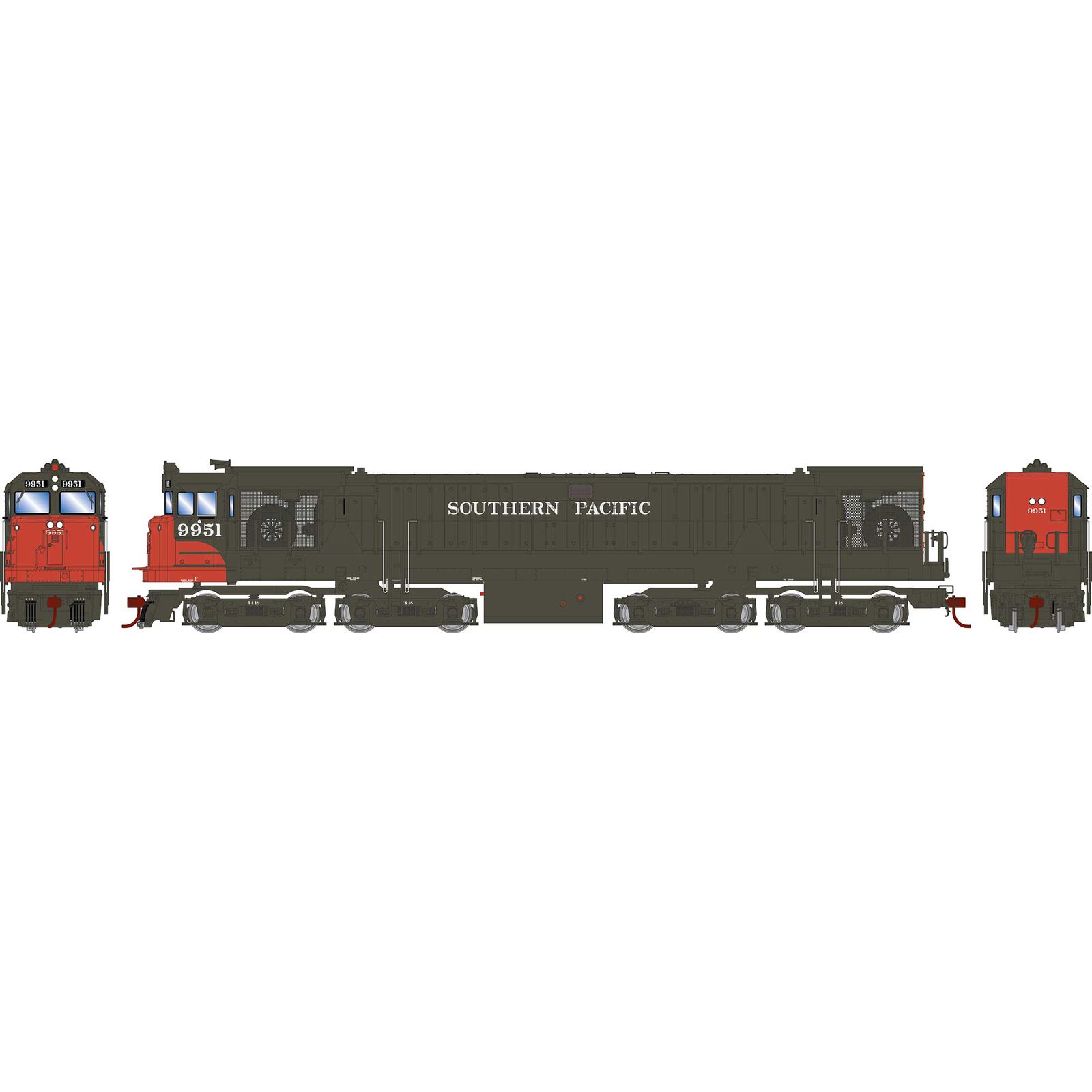 Due to the increase of better highways in the 1950’s the trucking industry was beginning to siphon off time sensitive traffic from the railroads. Consequently, in the late 1950’s the Southern Pacific and the Union Pacific railroads were seeking ways to increase the horsepower of their locomotives to help improve train speeds without having to add more locomotives to their trains. The SP was striving to improve transit times on their Sunset Route freights and was utilizing large groups of lower horsepower locomotives to do so. One method to achieve these goals was to mount two complete prime movers on one chassis. UP asked the 3 major locomotive builders at that time to submit proposals using this concept. In response, General Electric created their 5,000-horsepower U50 model, a design which utilized two 2500-horsepower prime movers. SP decided to give 3 of them a try, receiving them in the summer of 1964, but chose not to order any others. They spent most their early service lives working on SP’s Sunset Route and ended their SP careers in the 1970’s working in drag freight service in the Los Angeles Basin in California. All three were scrapped by 1979.