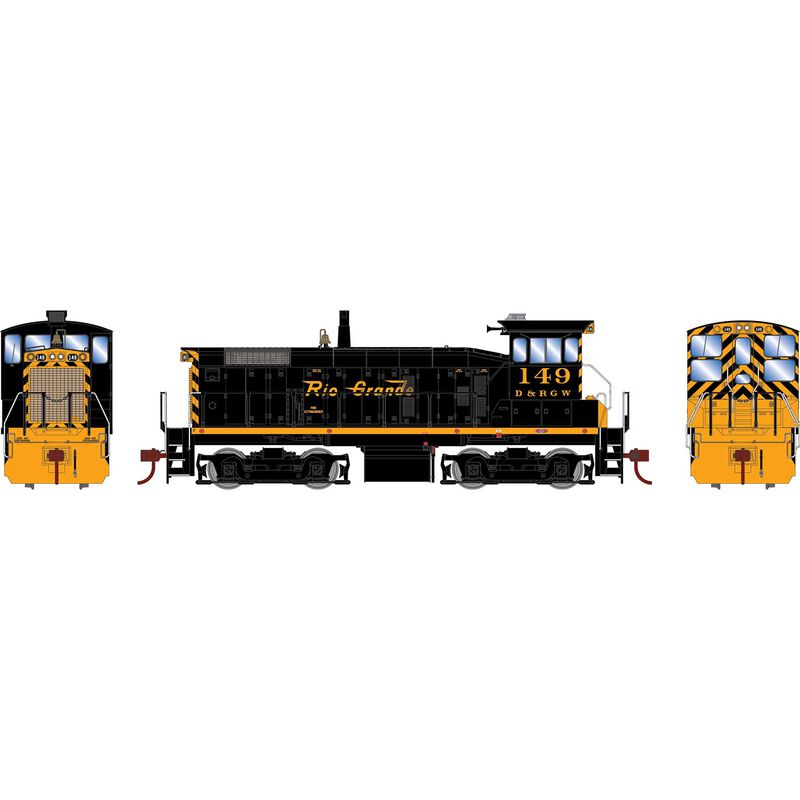 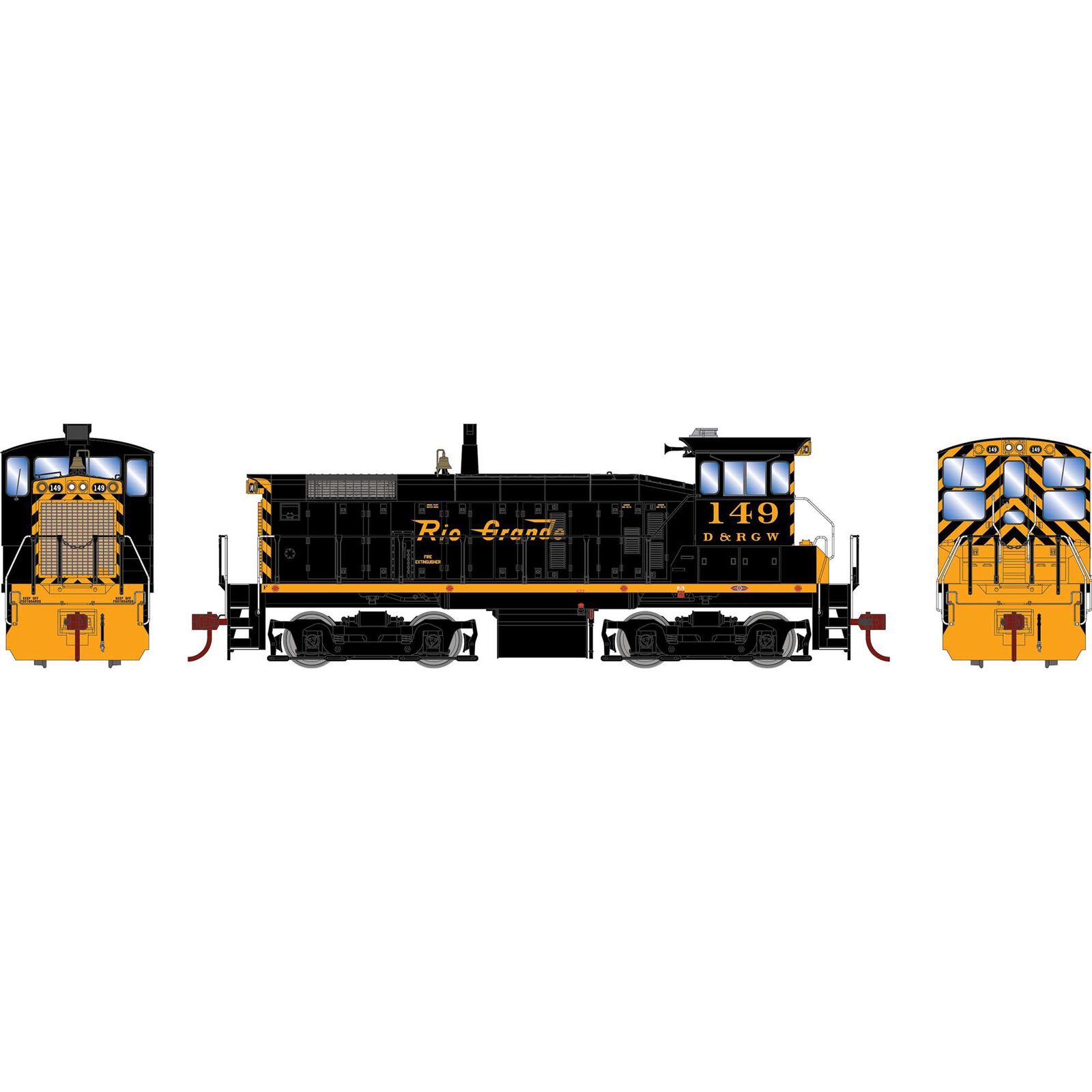 Rio Grande purchased ten SW1000’s in two groups, the first one in 1966 and the second group in 1968. The second group consisted of three units, numbered 147-149. They differed from the first in that they came equipped with roller bearing trucks and a slight variation in the striping on the front of the engines. This release represents the second group.