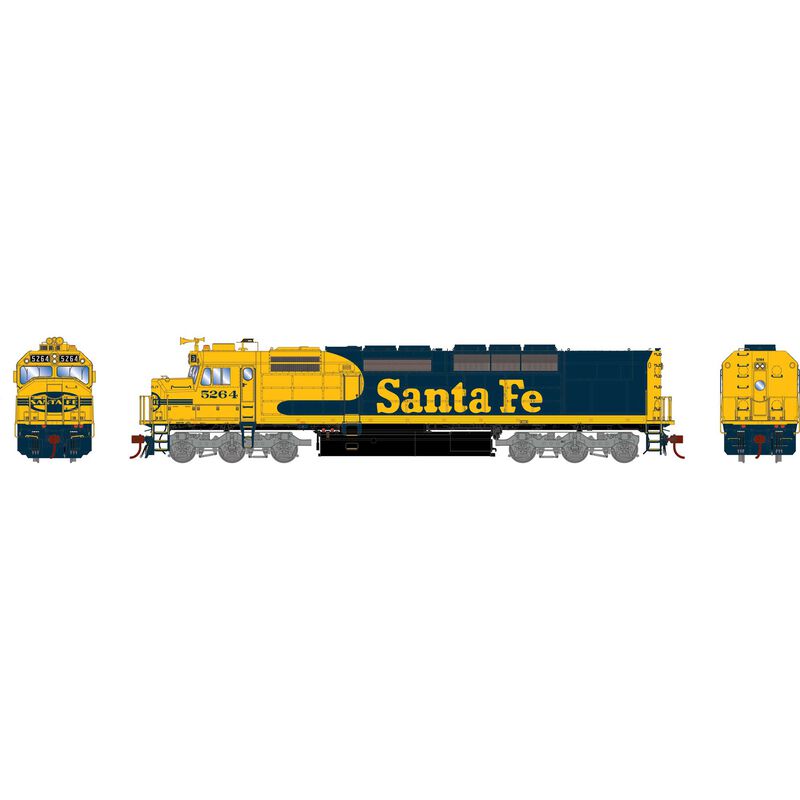 The link to HO SDP40F Locomotive, ATSF #5264 has been copied

In the early 1980’s when Amtrak was in the process of the final purge of their SDP40F fleet they struck a deal with Santa Fe in which they traded 18 of the SDP40F’s (with which the Santa Fe had not had any derailment issues) for 25 Santa Fe CF7’s and 18 of their rebuilt switchers. Initially Santa Fe reconditioned them with few external modifications but later modified the front steps and nose to ease the ability for crews to get on and off of the locomotives while changing crews.

In this release we are offering the two earliest versions of these units. Initially Santa Fe simply added front handrails and vertical steps to the front of the locomotive. This arrangement proved to be problematical when trying to perform rolling crew changes, so they then closed off the front steps and platform to prevent crews from using them for safety reasons.