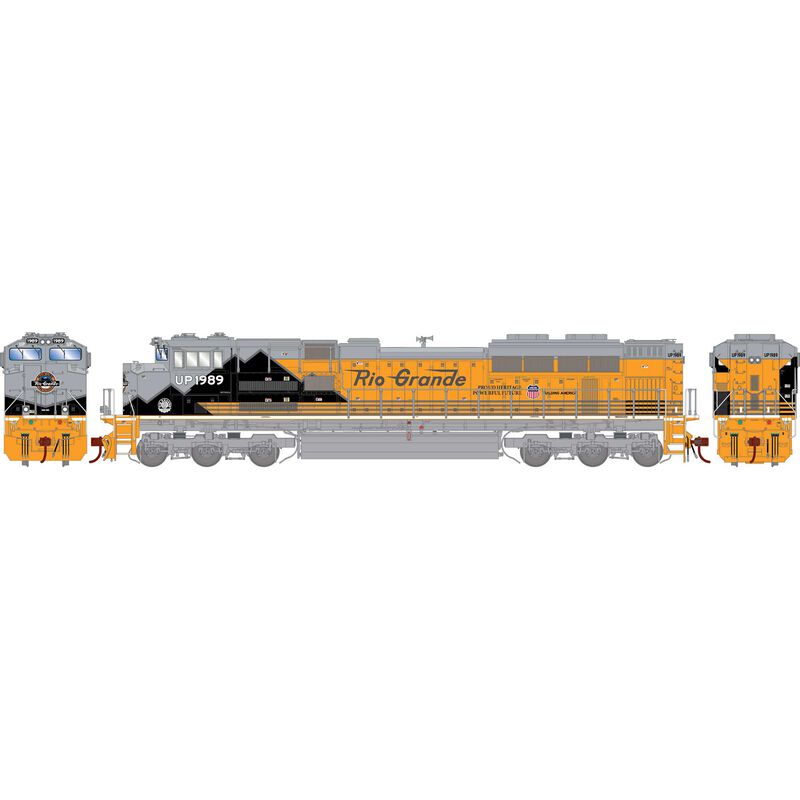 Union Pacific unveiled 6 SD70ACe locomotives with unique “Heritage” paint schemes in 2005 and 2006 to commemorate roads which they had absorbed or merged. These roads are the MP, WP, MKT, SP, DRGW, and CNW. The locomotives are numbered after the years which the mergers took place, or, in the case of the DRGW unit, the year that Rio Grande Industries acquired the assets of Southern Pacific.