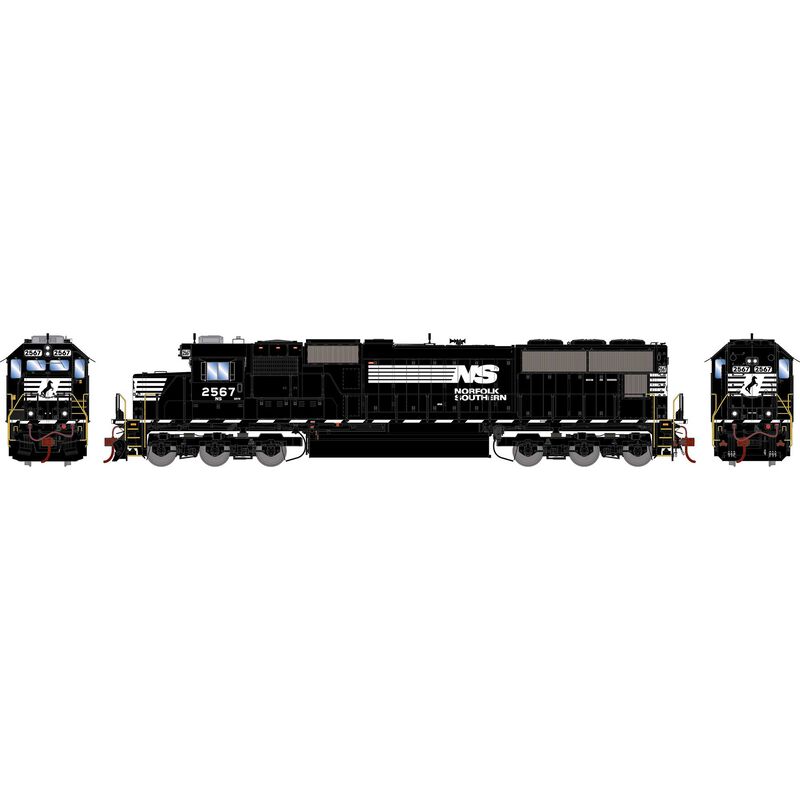 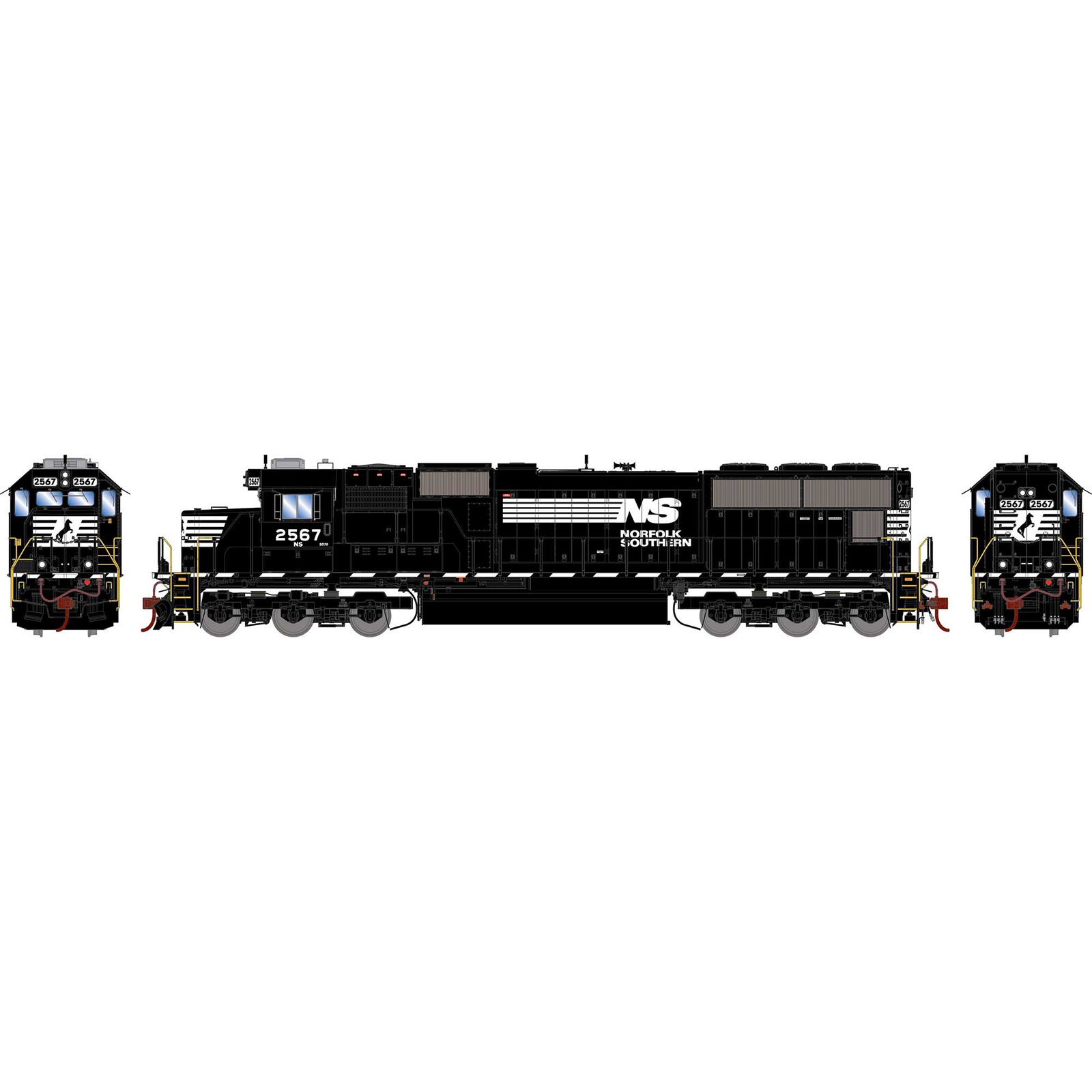 This group of former Conrail SD70’s joined the NS fleet in 1998 because of the split up of Conrail between NS and CSX. Early repaints featured diagonal dashes along the frame.