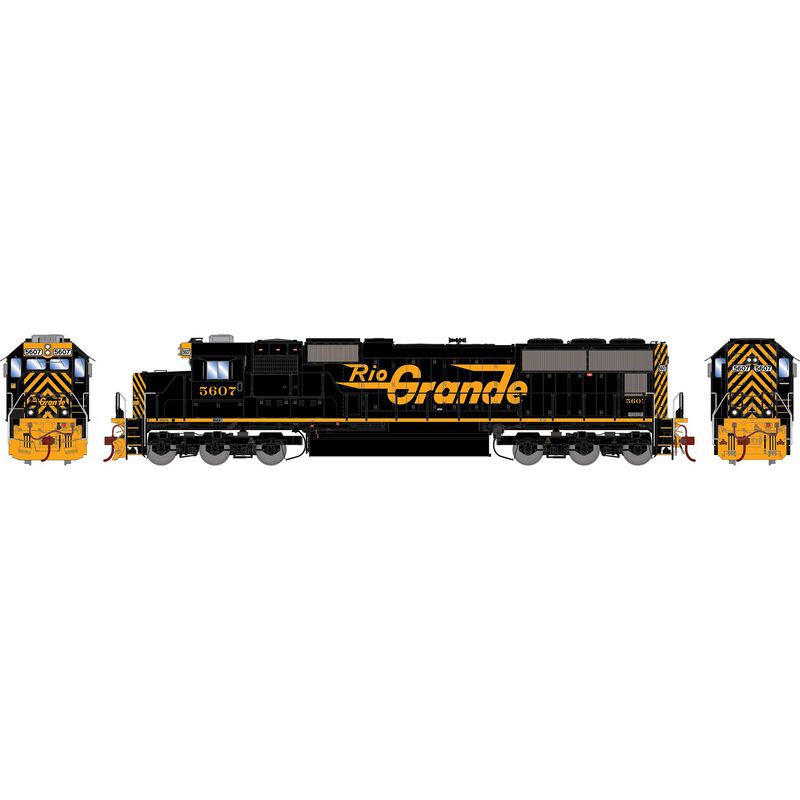 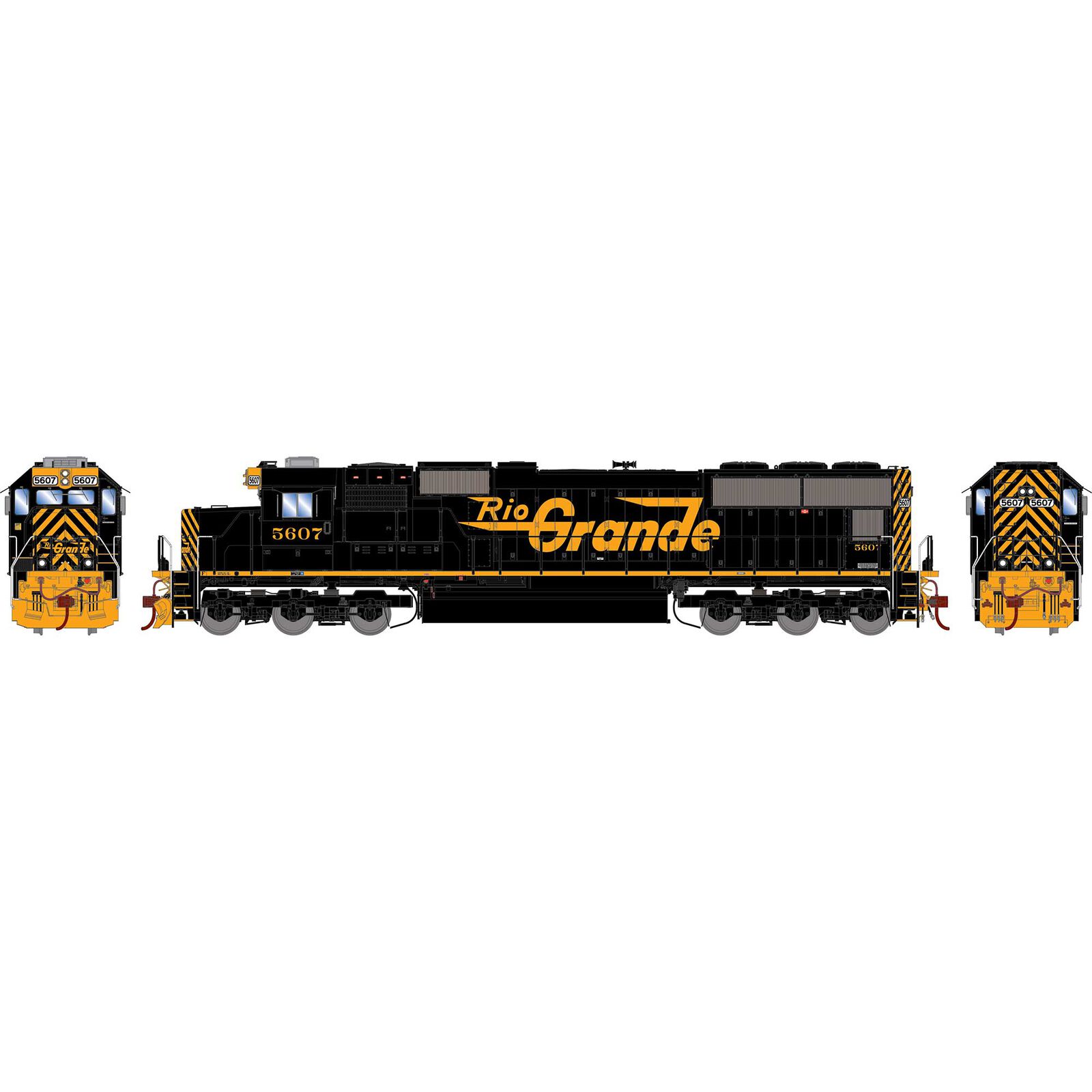 If Rio Grande industries had chosen to retain its identity after its 1988 purchase of the SP, SD70s with the Flying Grande herald could very well have been spotted moving priority goods between Denver and Salt Lake City.

Continuing upon the successful SD60-series, in 1992 EMD debuted the next step in locomotive evolution with the SD70-series. While outwardly similar at first glance to the SD60M, the D.C.-drive SD70M featured several external design refinements from the predecessor model. Battery boxes were relocated to the left-hand side walkway immediately behind the cab, a large, boxy forward traction motor blower housing replaced the angular version used on SD60s, the raised walkway duct on the left-hand walkway was eliminated, and an intake for the rear traction motor blower on the left hand side of the carbody, directly under the rear radiator intake grill, was added.