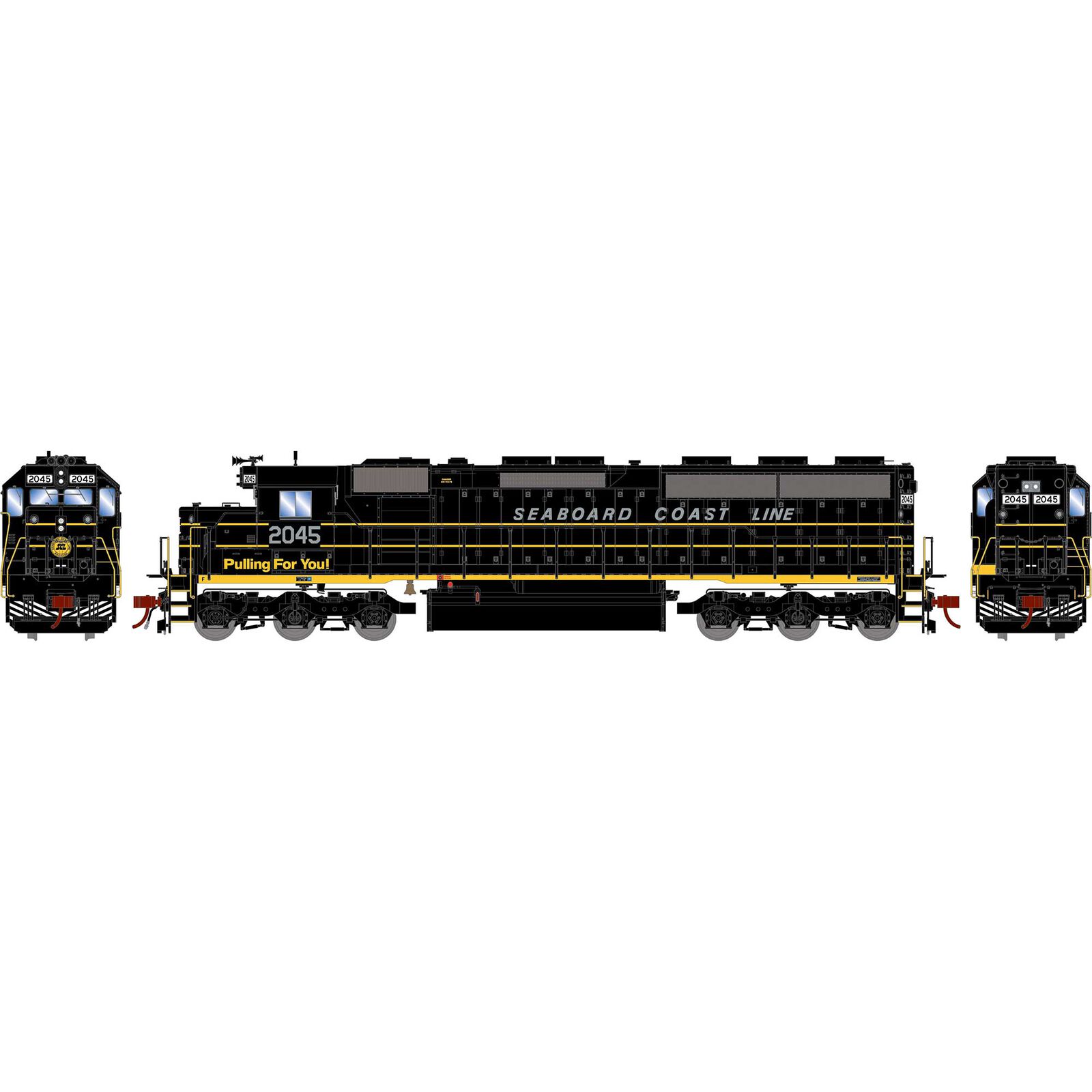 Seaboard Coast Line Predecessor Atlantic Coast Line began purchasing SD45's in 1968 and after the merger with Seaboard Airline the trend continued. By 1974 though EMD had a new upgraded version, the SD45-2 and SCL purchased 15 of them.