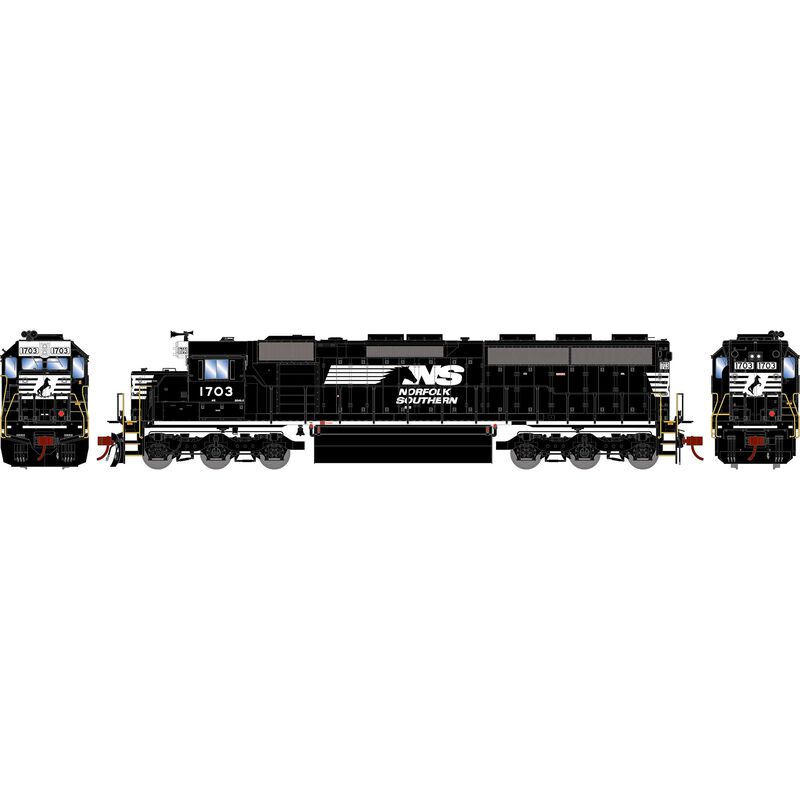 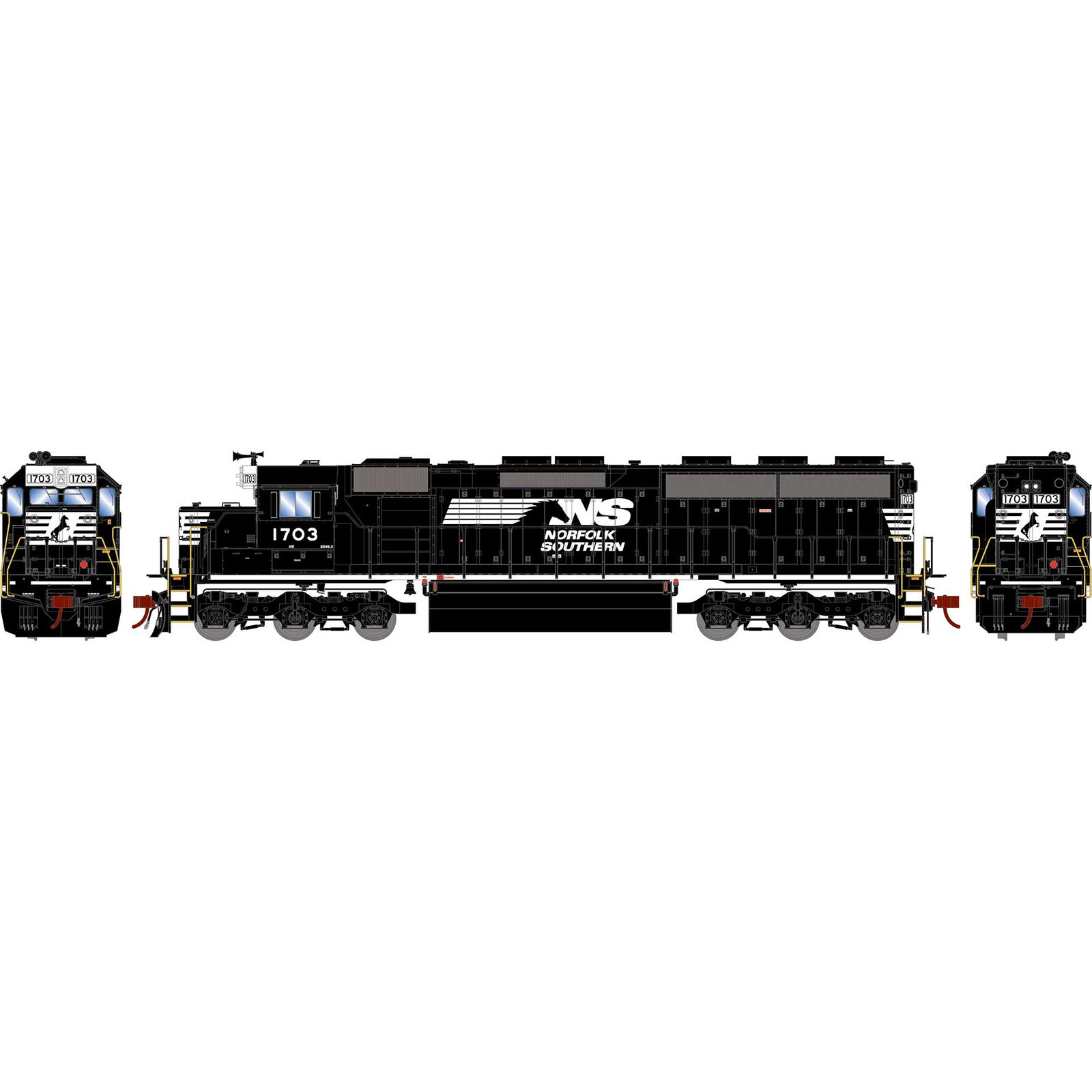 The former EL 3669, NS 1700 was repainted into Erie Lackawanna Heritage paint at Chattanooga, TN, in September 2015. The unit continues to operate today and has been seen from Ohio to New Jersey, often running with other 170X series units

Rebuilt with 16-cylinder engines, these former EL units are still earning their keep on today's Norfolk Southern. The units retain their distinctive 5000 gallon fuel tanks and are often seen running in pairs.