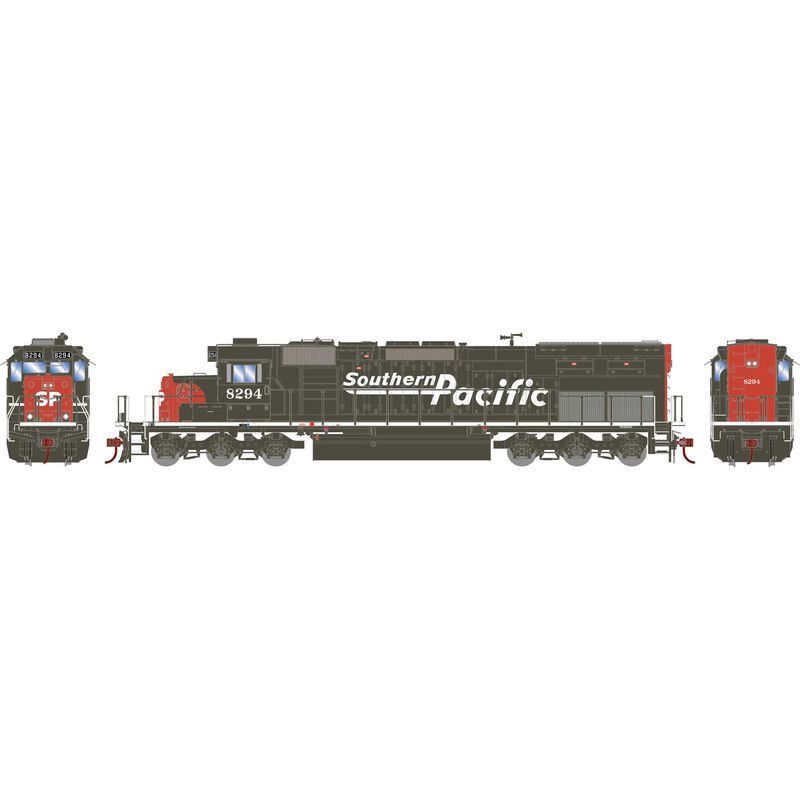 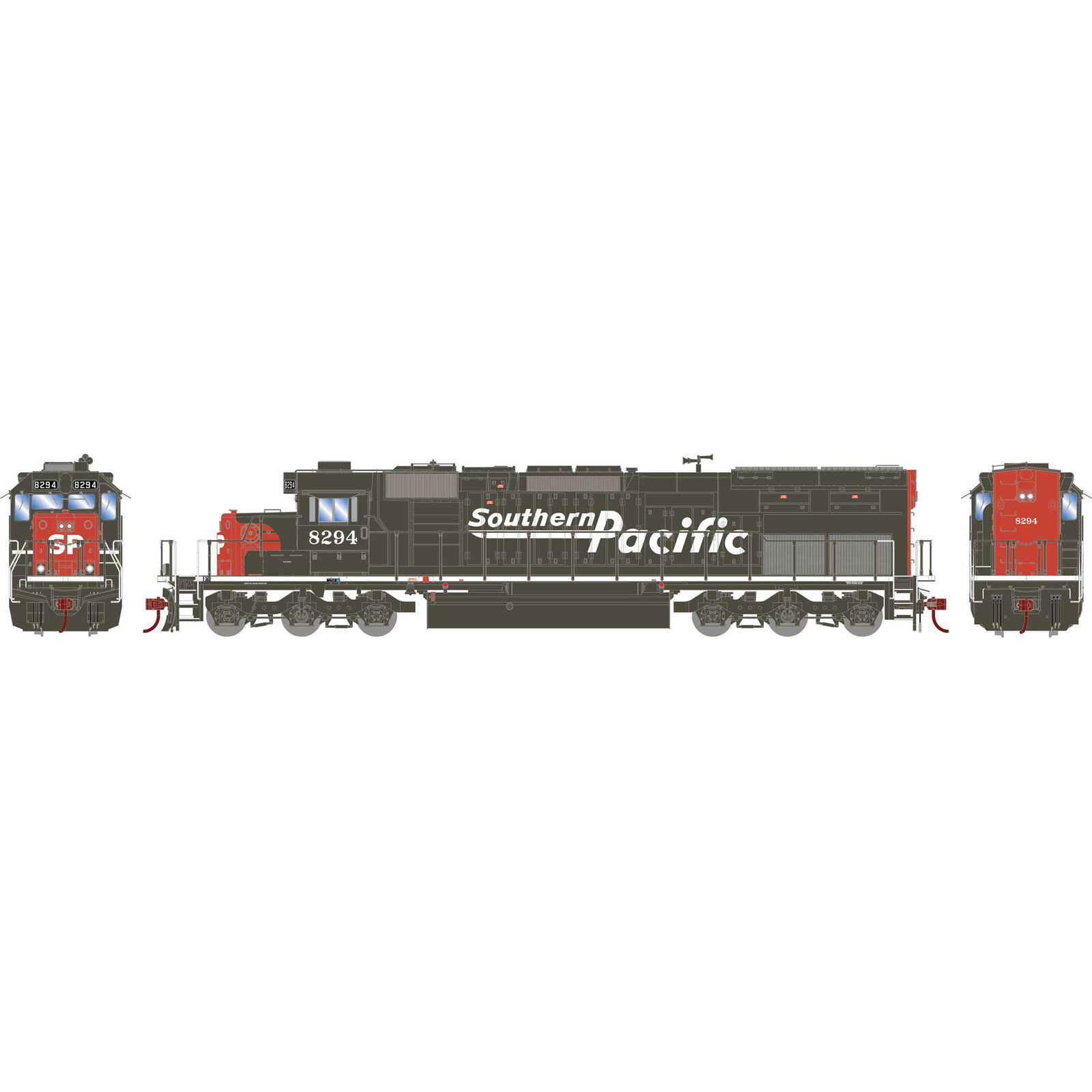 In an attempt to revise their image, SP began to use a new “Speed Lettering” scheme adapted in 1991. Also, during this time, they started to remove parts of their well-known light packages. If a light component failed, it would have to be fixed, thus taking the locomotive out of service. To reduce maintenance costs, SP started to actively remove these extra lights leaving empty brackets and plates where they were once installed. Other changes included the addition of front ditch lights and the horn being relocated to the rear hood.

The SD40T-2 is a 6-axle diesel-electric locomotive built by General Motors Electro-Motive Division having a 16-cylinder EMD 645E3 diesel engine producing 3,000 horsepower (2,240 kW). 312 SD40T-2s were built for North American railroads between April 1974 and July 1980. This locomotive and the SD45T-2 are popularly called tunnel motors, but EMD’s term is SD40-2s with “cooling system modifications” because they were designed for better engine cooling in tunnels. The difference between this locomotive and its non-tunnel motor cousin, the SD40-2, are the radiator intakes and radiator fan grills located at the rear of the locomotive. The radiator air intakes in this model were along the deck to allow more fresh, cooler air to enter and less hot exhaust fumes lingering around the tunnel’s ceiling.