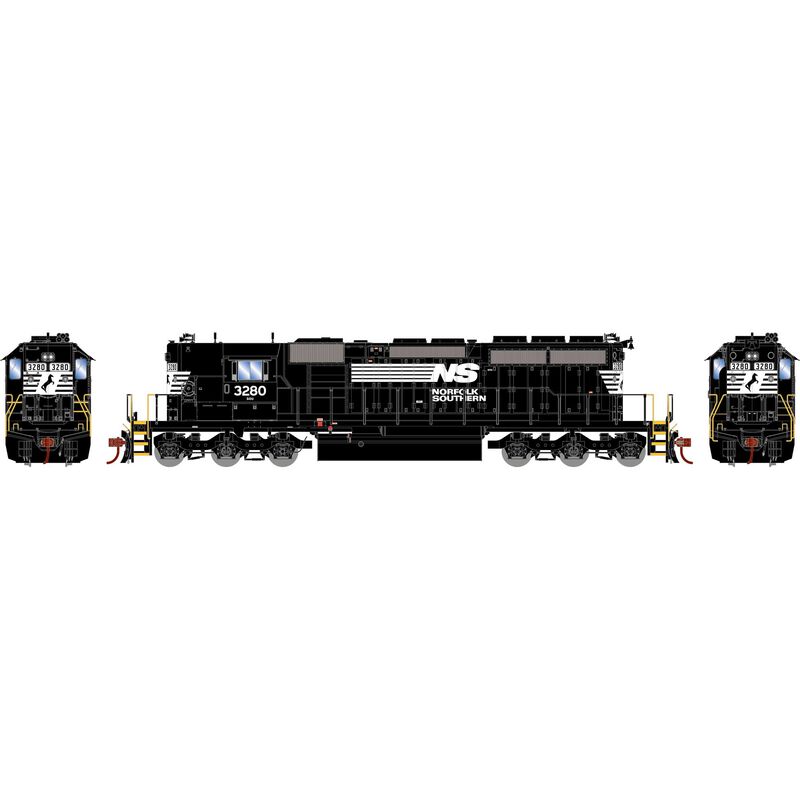 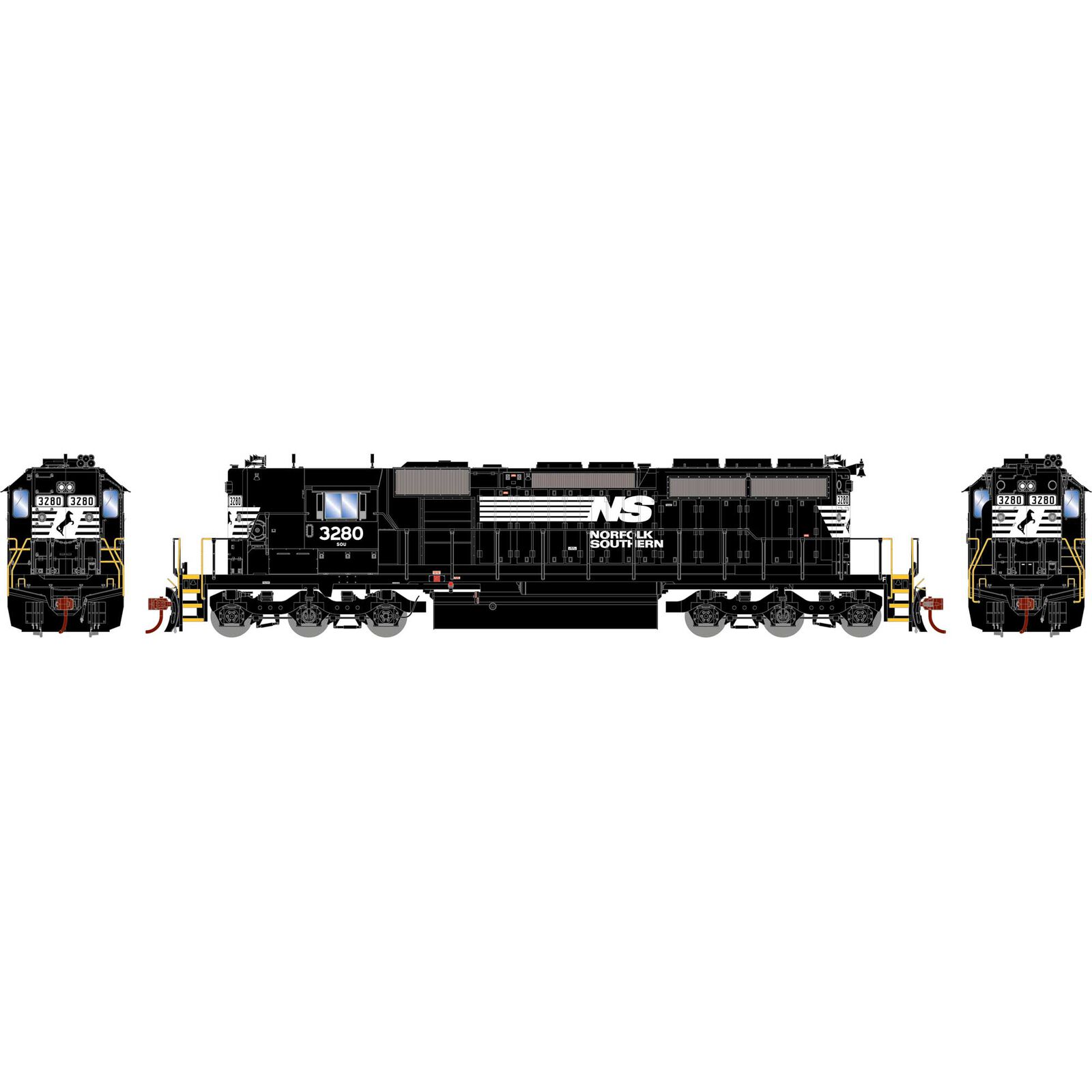 After the 1982 SOU-NW merger into Norfolk Southern, the SD40-2 remained a principle mainline locomotive for the road. Early repaints did not feature white delineators on the frames, and many units lasted this way through the 2000s. They could be found on all types of NS freight movements, and they also had a penchant for showing up on Southern Pacific trains in the late 80s and early 90s.