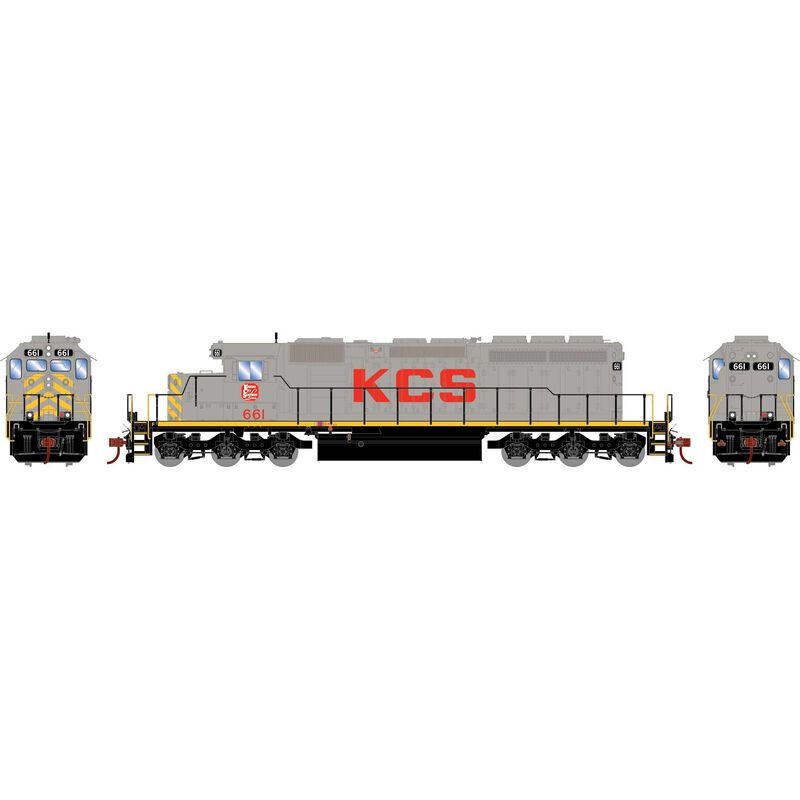 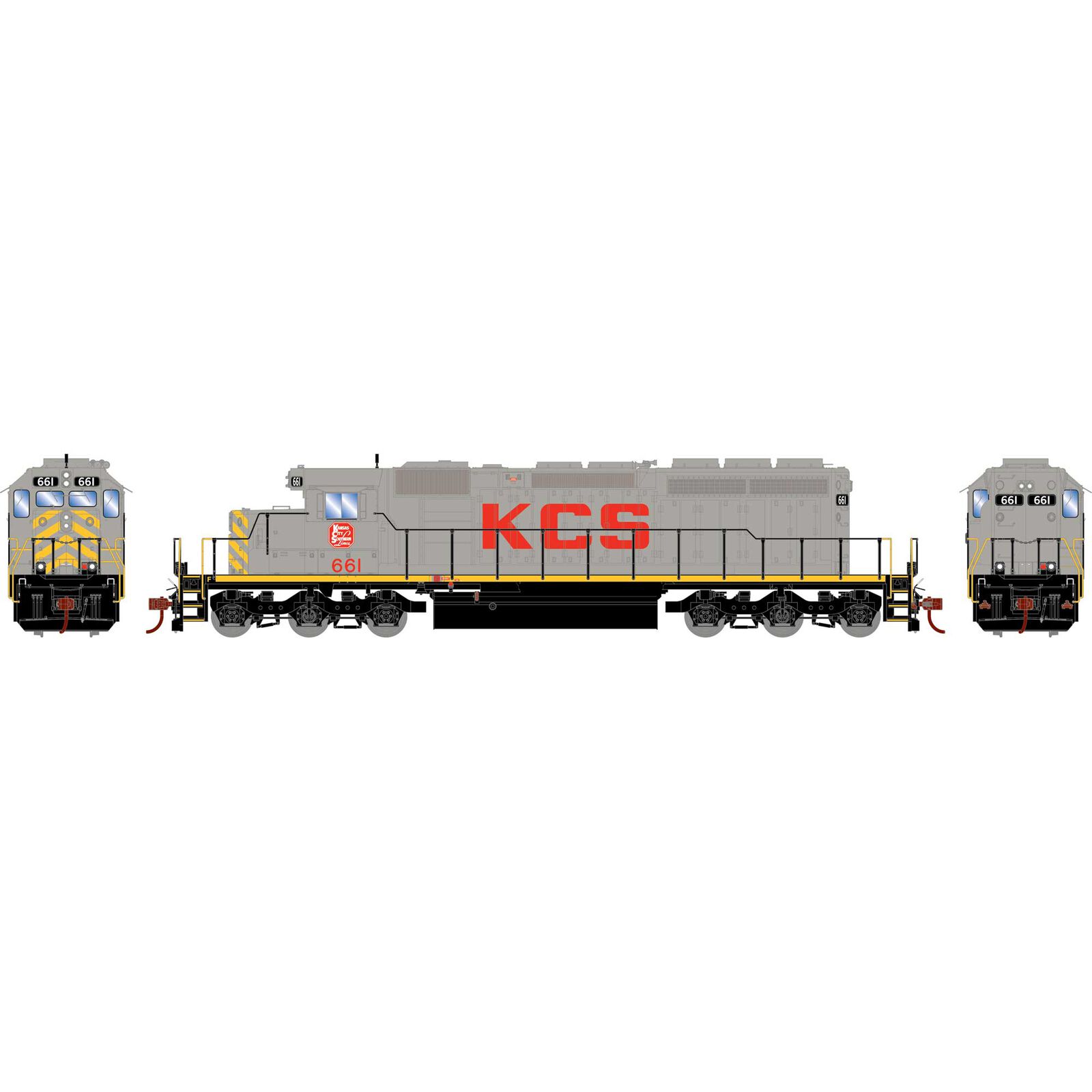 During the 1990’s, KCS began repainting some of their SD40-2’s in this grey scheme with yellow stripes. KCS also added nose mounted gyra lights and moved the horn to the back of the units. They could be found all over the system.