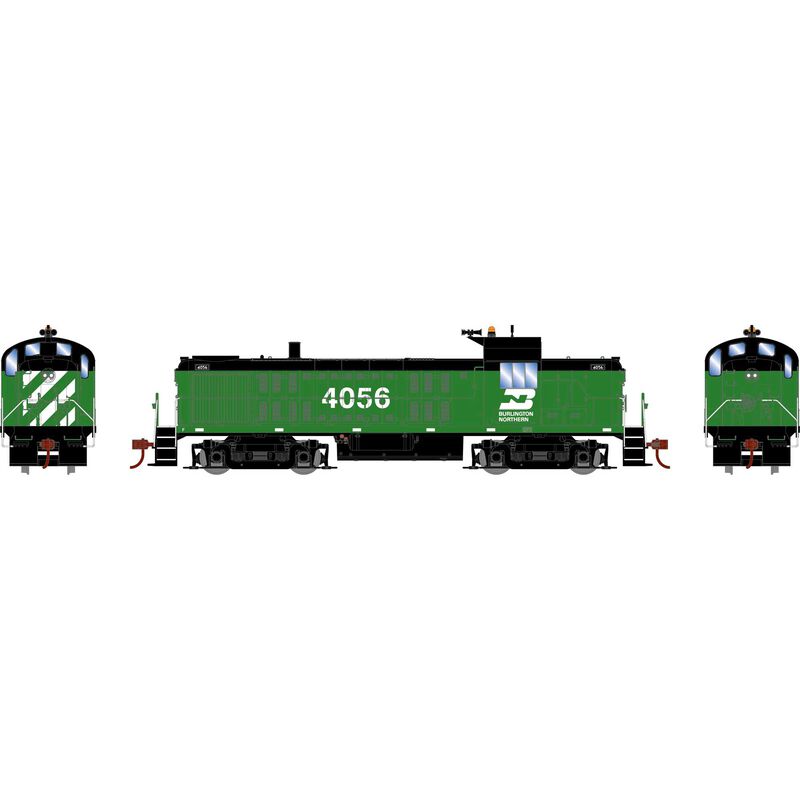 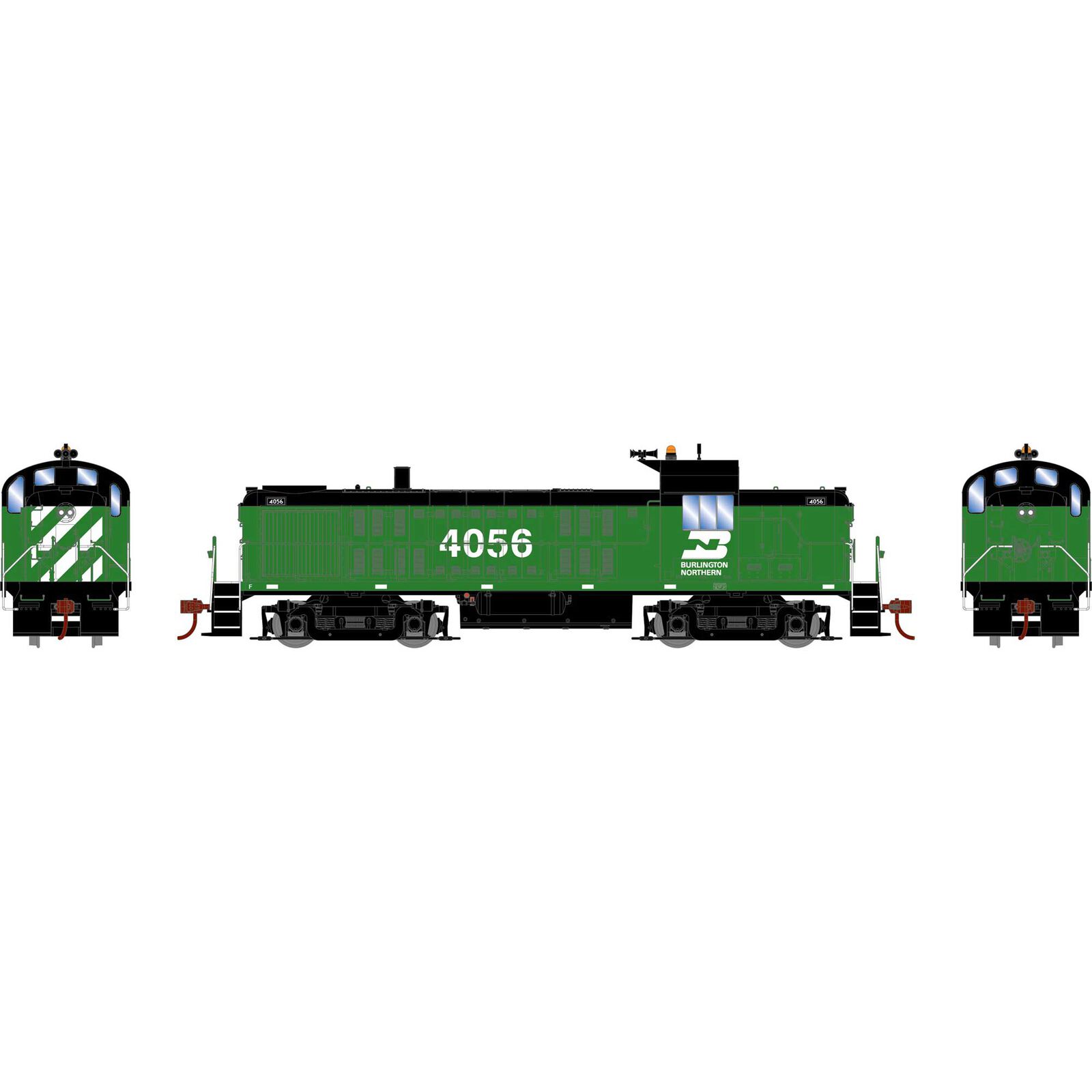 BN’s roster of RS-3s came courtesy of the SP&S and NP (along with two former GN units which had been sold to the SP&S in 1959). Being 20+ years old at the time of the merger, their time on the roster was relatively short, but many units did last long enough to get a coat of “Cascade Green”.

The new model produced slightly more horsepower than the earlier design at 1,600 hp using Alco’s 12-cylinder, model 244 prime mover. Visually, the RS3 was very similar to the RS2. Both had much more styling then ALCO’s first diesel, the RS1. Additional curves with strong beveling to corners and edges giving the unit a much more streamlined appearance. At the time, some railroads elected to employ theirs RS3 diesels in passenger/commuter service. Many railroads appreciated this model for its versatility and reliability. RS3s were one of Alco’s shops more popular locomotives.