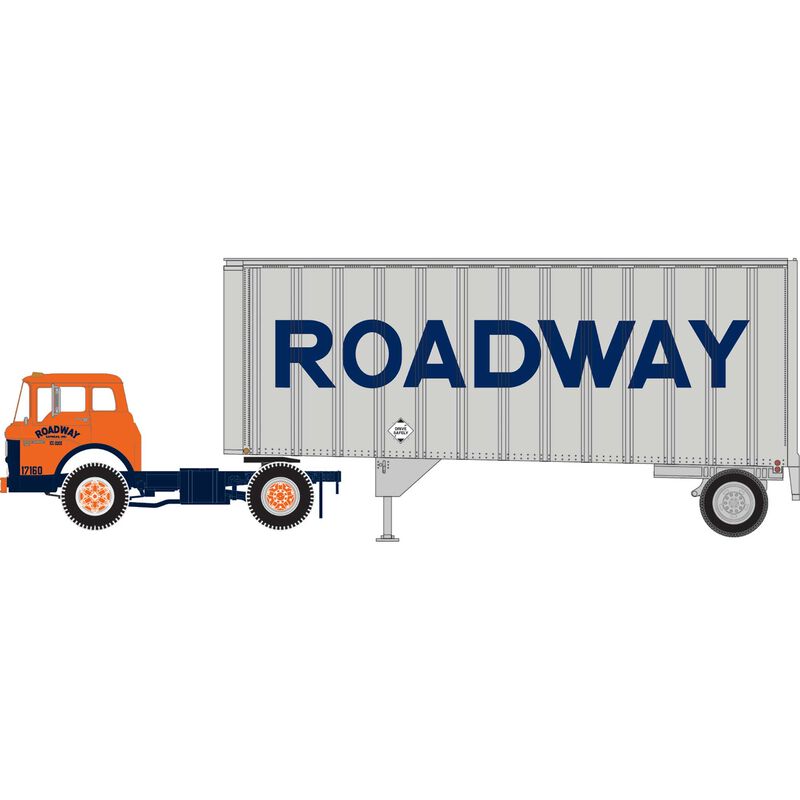 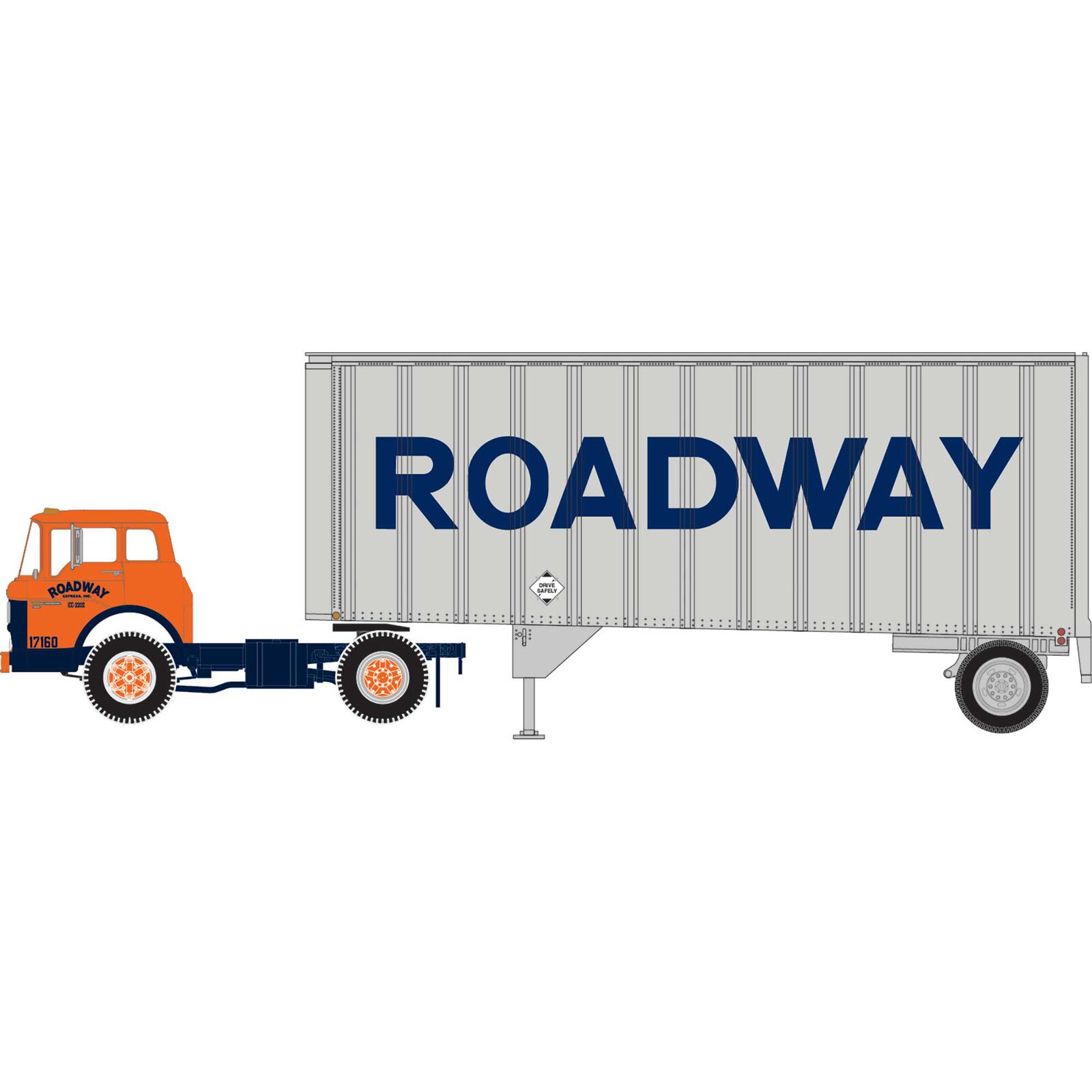 The link to HO RTR Ford C/28' Trailer, Roadway #1 has been copied

The Ford C series is a range of trucks that was assembled by Ford between 1957 and 1990. Produced for 33 years nearly unchanged as both a straight/rigid truck and a tractor, the C-series was the longest-produced commercial truck in North America at the time of its withdrawal. The C-series was also used as a basis for fire apparatus production.

The 28' trailer provided LTL service for instances where a full-size trailer would not be the most efficient. Splitting a haul into two creates more efficiency as one trailer can be spotted and then the second taken to a different destination without repacking. Many of the 28' trailers can be seen in TOFC service to this day.