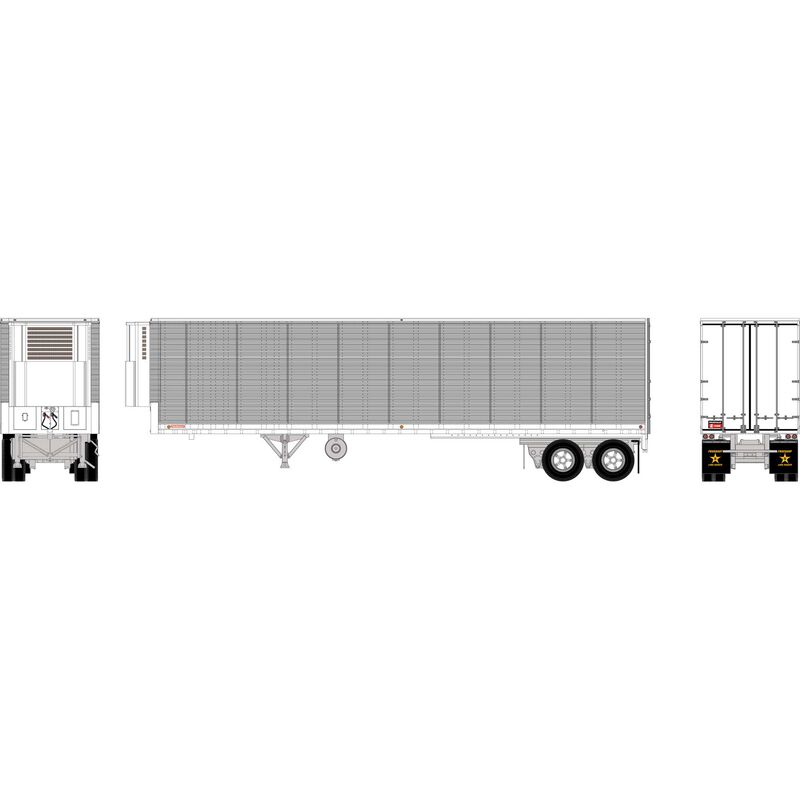 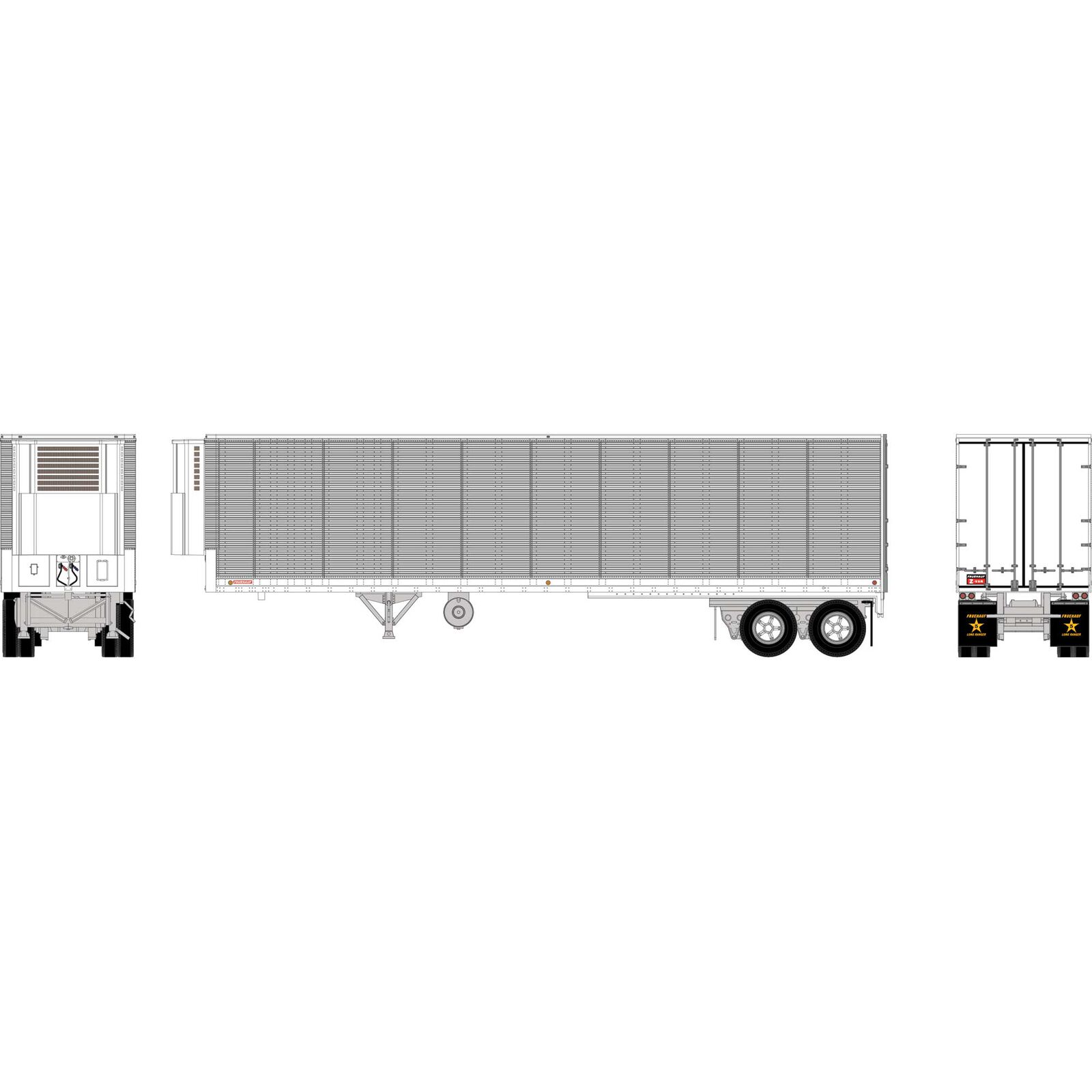 Share
The link to HO RTR 40' Fruehauf Z-VanTrailer/Beaded,Unlettered has been copied
Email when back in stock

In the 1970s and 1980s, Fruehauf Corporation was one of the more prolific builders of semi-trailers that were designed specifically for intermodal service. Trailer equipment that was designed to be carried on flatcars as part of rail operations usually carried the letter “Z” as the last letter of the reporting mark; hence Fruehauf’s designation of “Z-Van”. Such equipment was built to higher durability standards than normal trailers, as it had to withstand the rigors of both road and rail travel.

The Z-van was originally available in a 40’ length; 45’ was offered later. Many of the 40’ trailers were subsequently extended to 45’. Refrigeration equipment was available, as well as different landing gear and door rod configurations. Construction began with the ribbed-side versions, then proceeded to beaded-side construction, with the smooth side version representing the most modern construction method.

With three distinct body styles, the Athearn model makes a realistic addition to road or rail scenes from the 1970s to the 2000s.