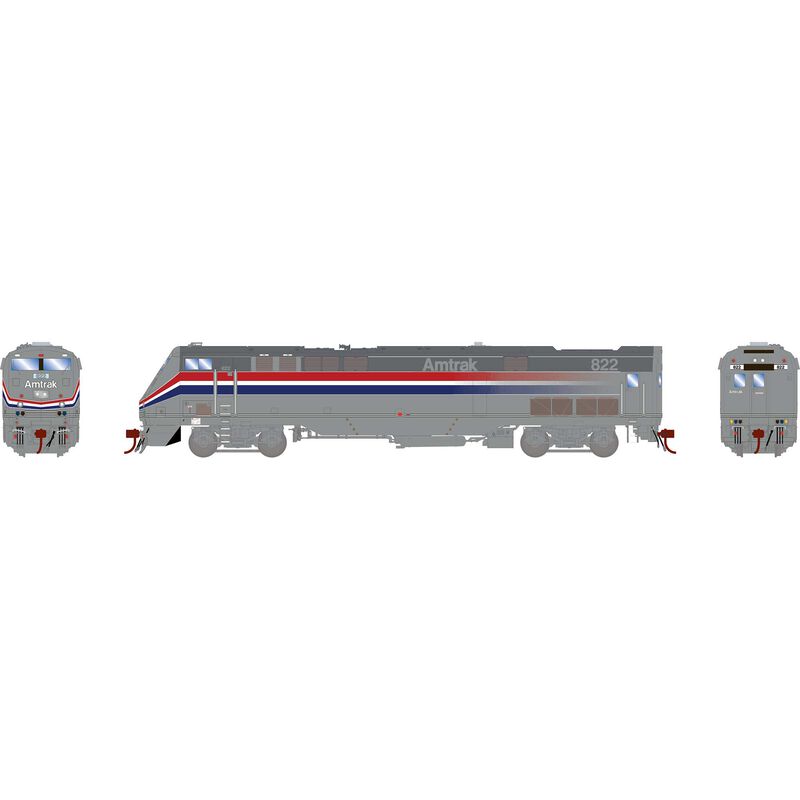 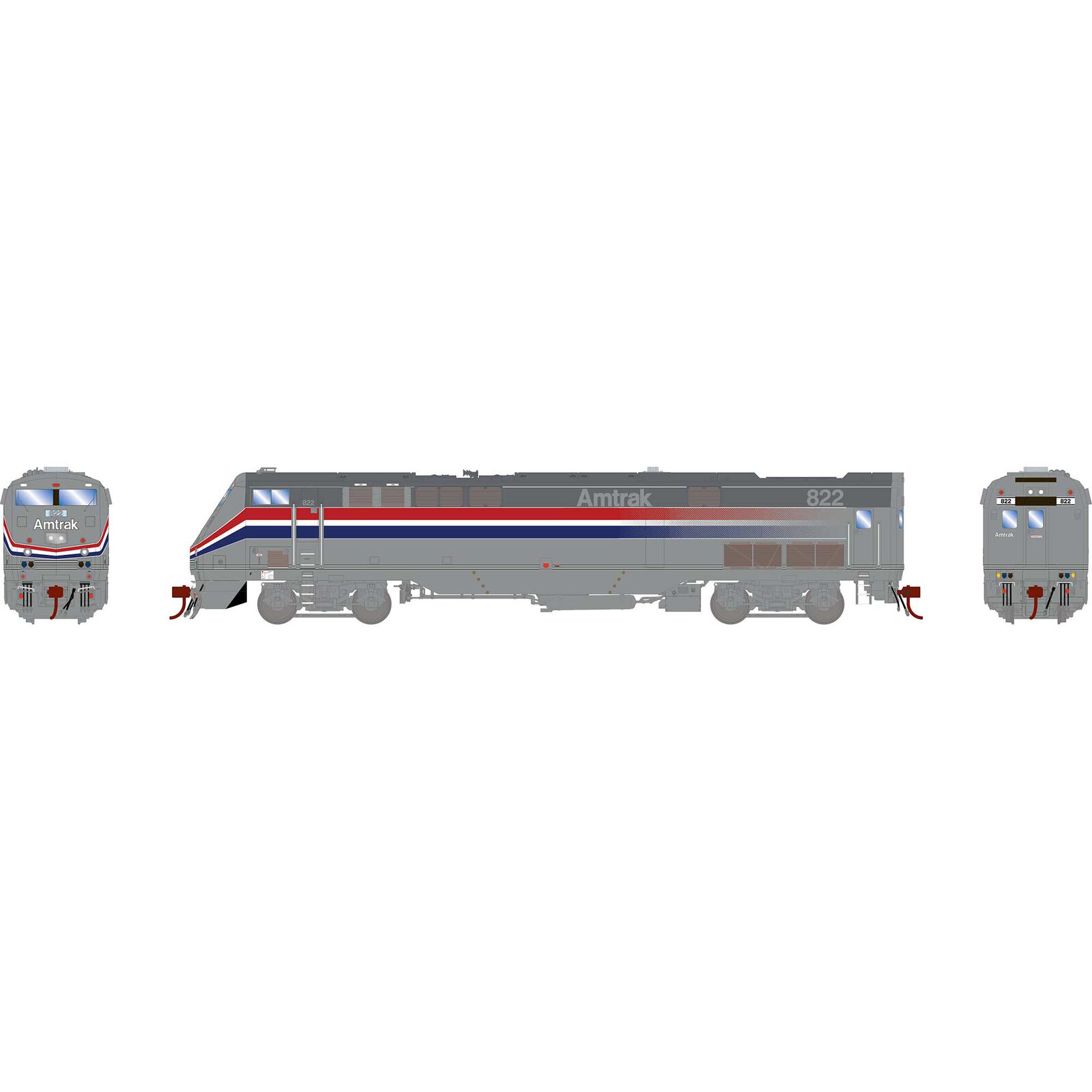 The link to HO P40DC Locomotive with DCC & Sound, Amtrak, Phase III #822 has been copied

In 1993, Amtrak placed an order with GE for 44 “Genesis AMD 103” P40DC passenger locomotives. They were designed to be short enough to fit in low-profile tunnels and had extra bracing installed in the nose for collisions. The sleek and modern design made the locomotive more aerodynamic than other models which made them more fuel efficient. They were all equipped with HEP (Head End Power) for providing power to the passenger cars. By 2004, Amtrak started to retrofit their locomotives with bolt-on noses. In the event of a grade crossing accident, they could be easily replaced and put back into service.