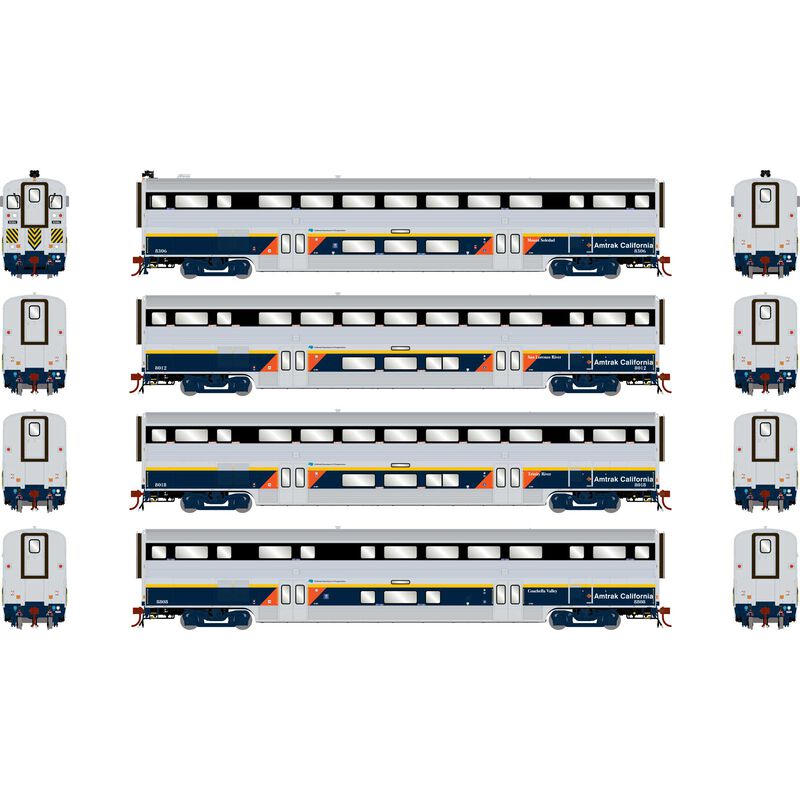 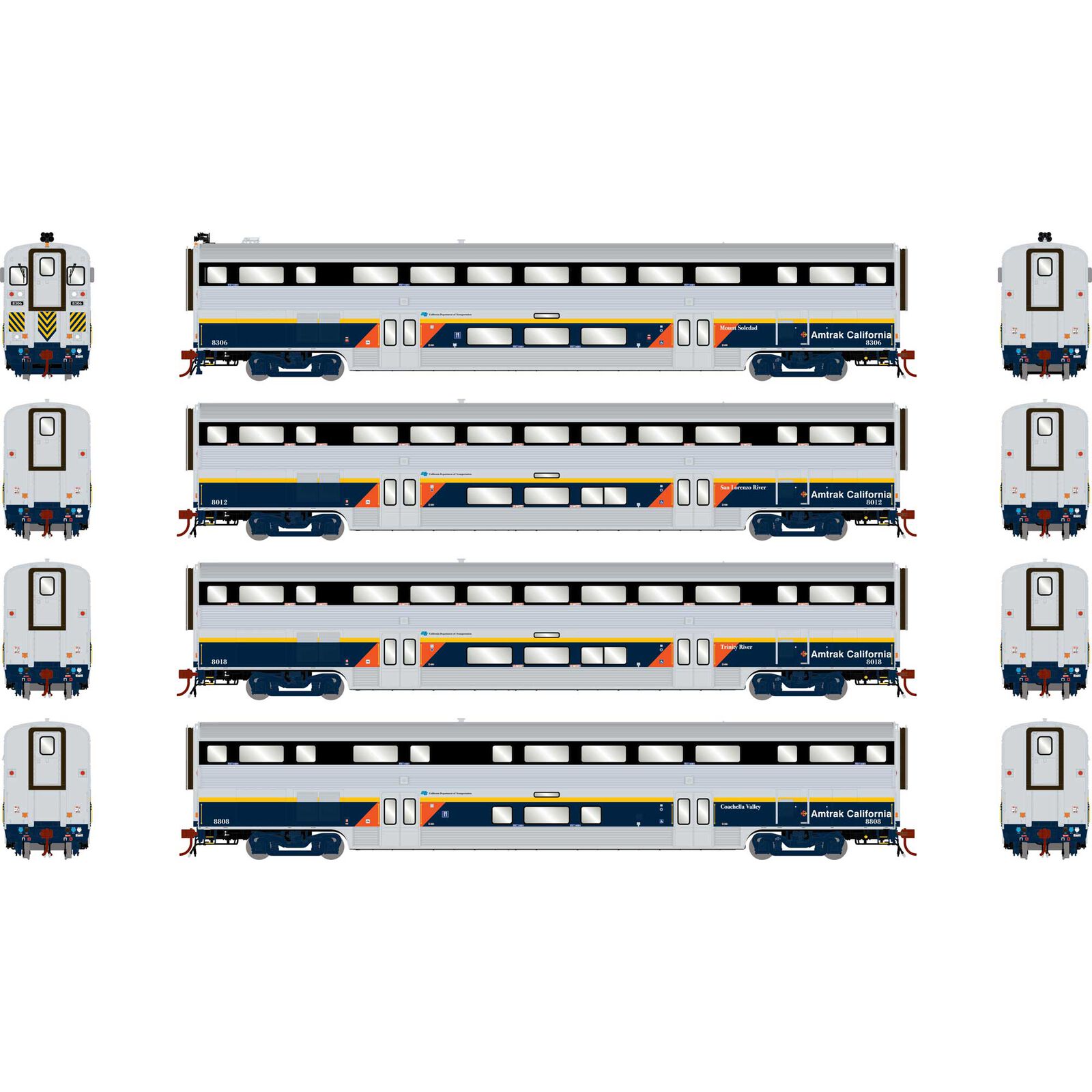 The link to HO M-K California Cars with Lights, CDTX (4) has been copied

The first generation of these Bi-Level intercity cars was dubbed the “California Car” and incorporated numerous innovative features specified for California’s intercity services. These include two large entry vestibules for high-volume passenger loading and unloading, two automatically controlled door pairs per side, an on-board wheelchair lift, two straight staircases, bicycle storage, large workstation tables, a food service car with an elevator to move food from storage to the sales counter on the upper level, center aisles of width compliant with the Americans with Disabilities Act, and control cab cars to allow for push-pull operation. Caltrans awarded the $155 million contract to build the California Cars to Morrison–Knudsen in February 1992. Morrison–Knudsen would later spin off its transit car manufacturing unit as the American Passenger Rail Car Company, or Amerail, in October 1995, which would complete the order.

The first cars were delivered in early 1995 and were first put in service on the San Diegan line (the predecessor to the Pacific Surfliner), followed later by the Capitol Corridor and San Joaquins routes.