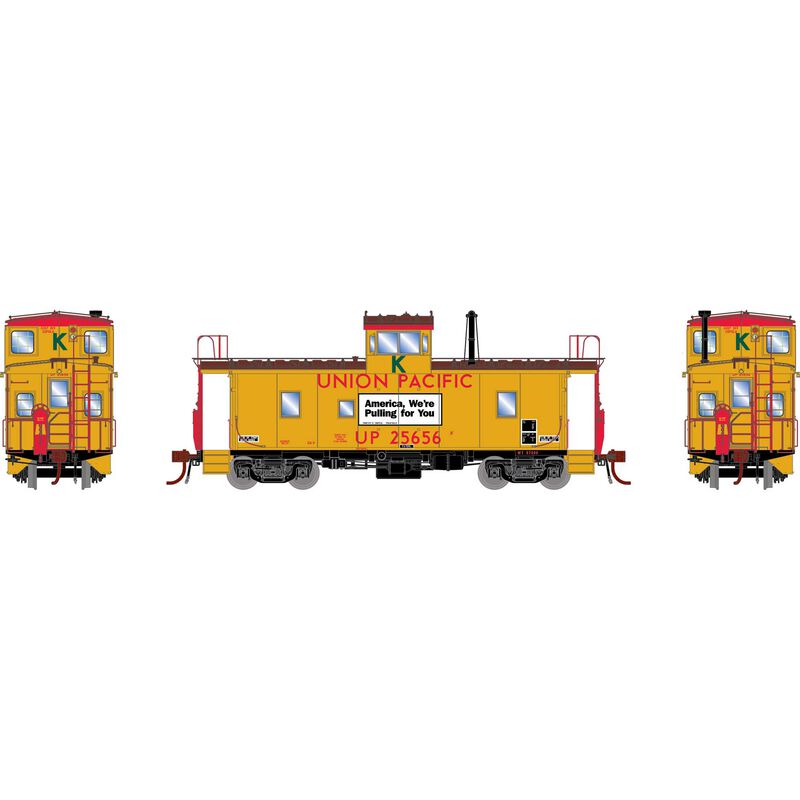 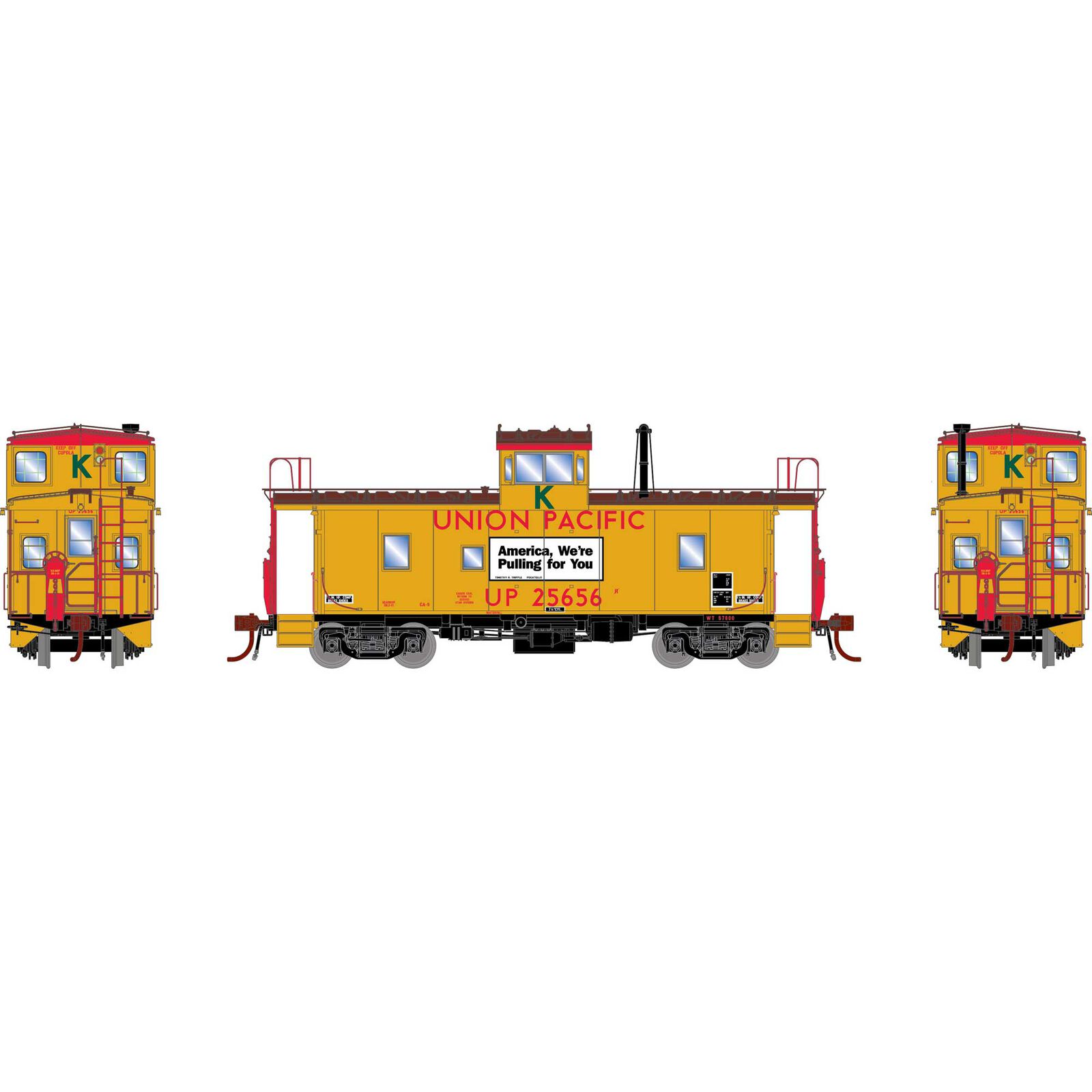 The Green K on cupola ends and sides indicates that these cabooses were assigned to the Kaiser Steel unit coal train that was jointly operated by the Rio Grande, Union Pacific and the Santa Fe between the Sunnyside Mine in Utah and the Kaiser Steel plant in Fontana, CA.