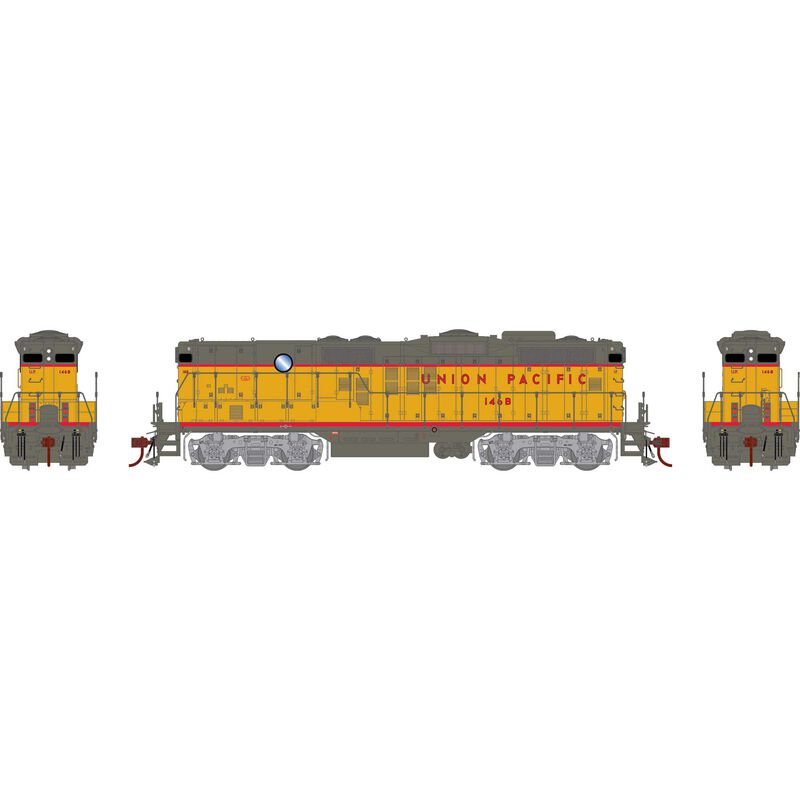 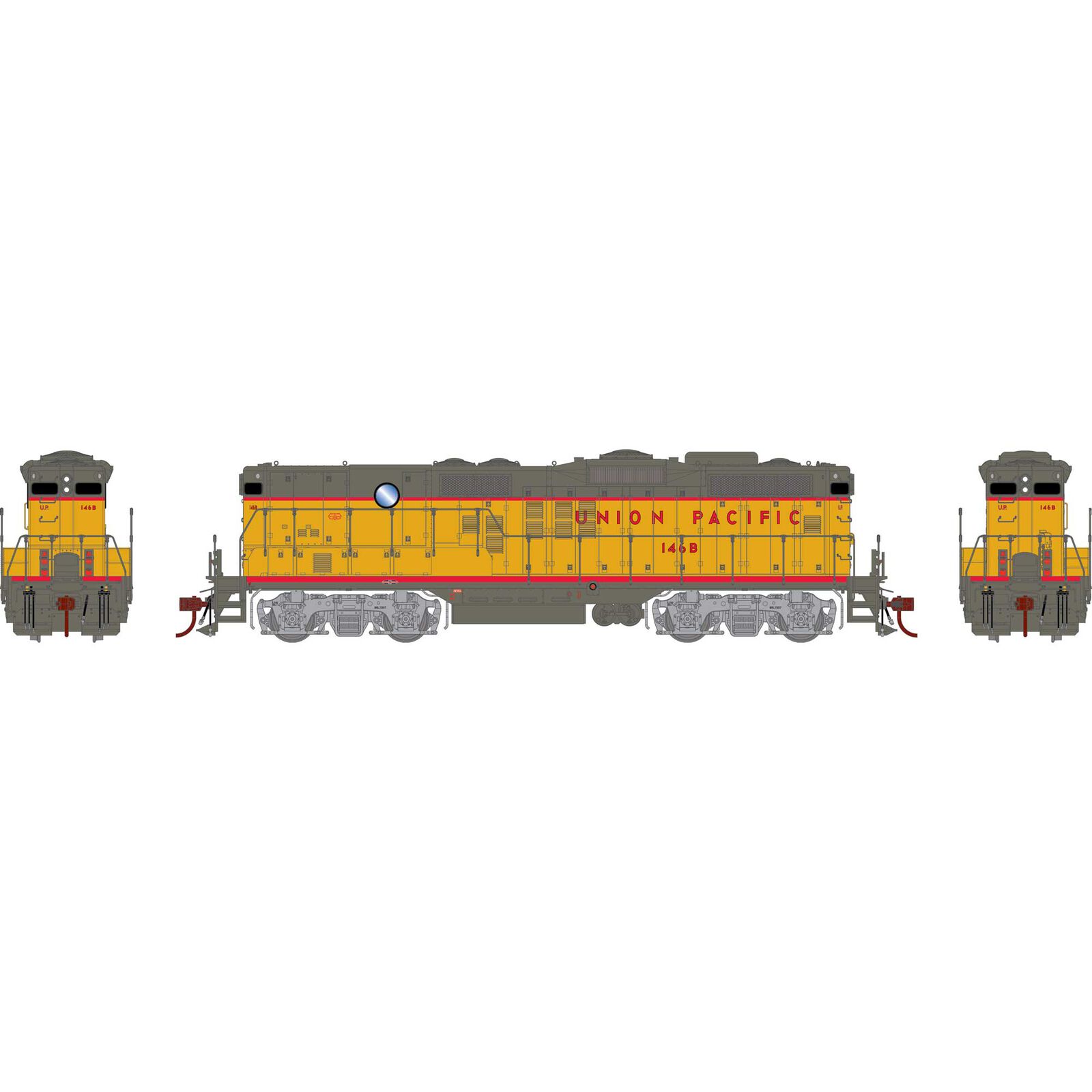 Share
The link to HO GP9B Phase I with DCC & Sound, UP #146B has been copied
Email when back in stock

UP’s Phase III GP9’s began service on the UP in 1957 lasting into the 1970’s. While the majority of these 300 class units were modified significantly there were 5 that survived in their as-built configuration all the way up until retirement. We are offering 3 of them in this production run. Note that they could be seen in service with the UP’s “Veranda” style Turbines.

UP’s fleet of 75 Phase I GP9B units were built in in the Spring of 1954 and remained in service until the mid-1970’s. These ubiquitous units could be seen in service system wide on mainline freights as well as branch line locals. They could also be seen with in service assisting Veranda Turbines.