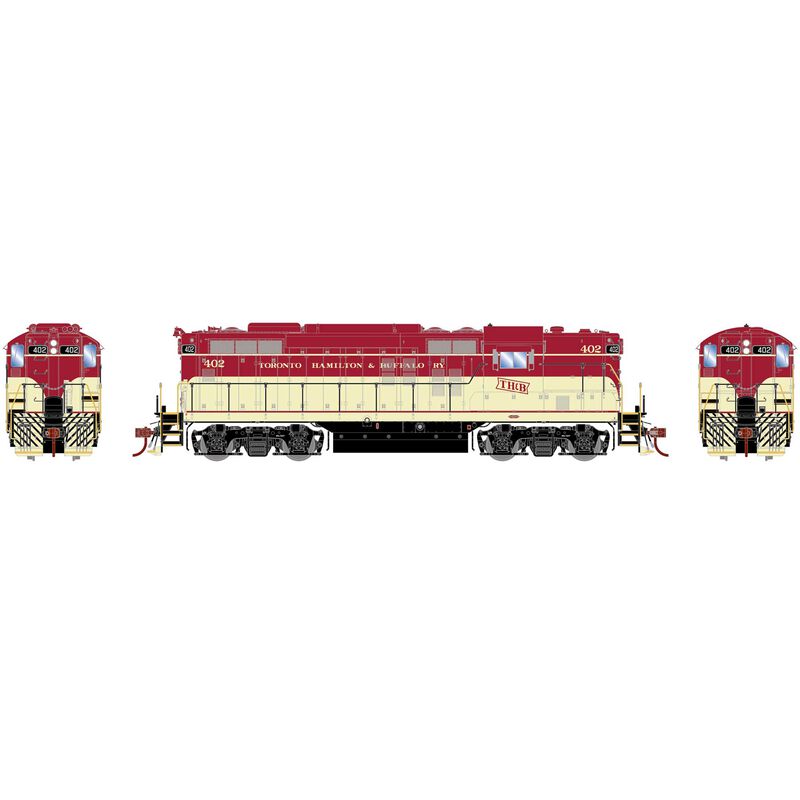 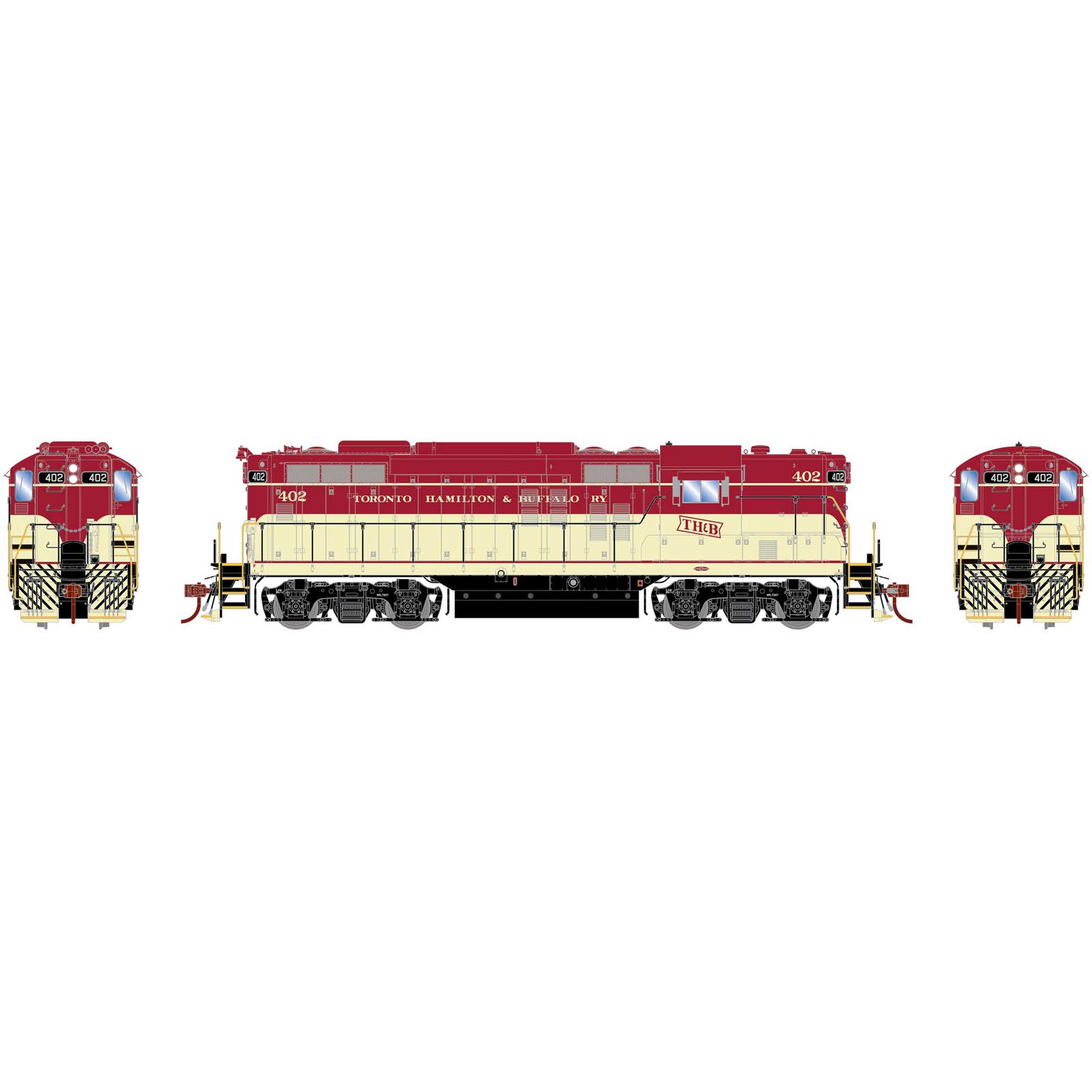 Share
The link to HO GP9, TH&B #402 has been copied
Email when back in stock

TH&B’s 3 steam generator equipped GP9’s began service in 1954 and effectively vanquished steam on this small Canadian railroad. Their time in passenger service was relatively short and they served out their time in freight service all the way into the CP Rail era.