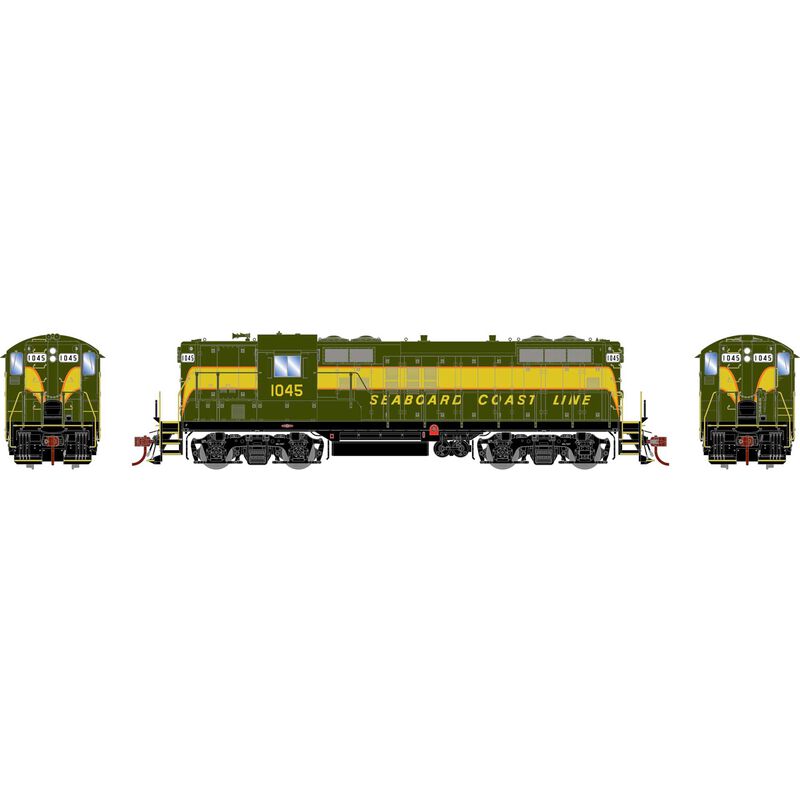 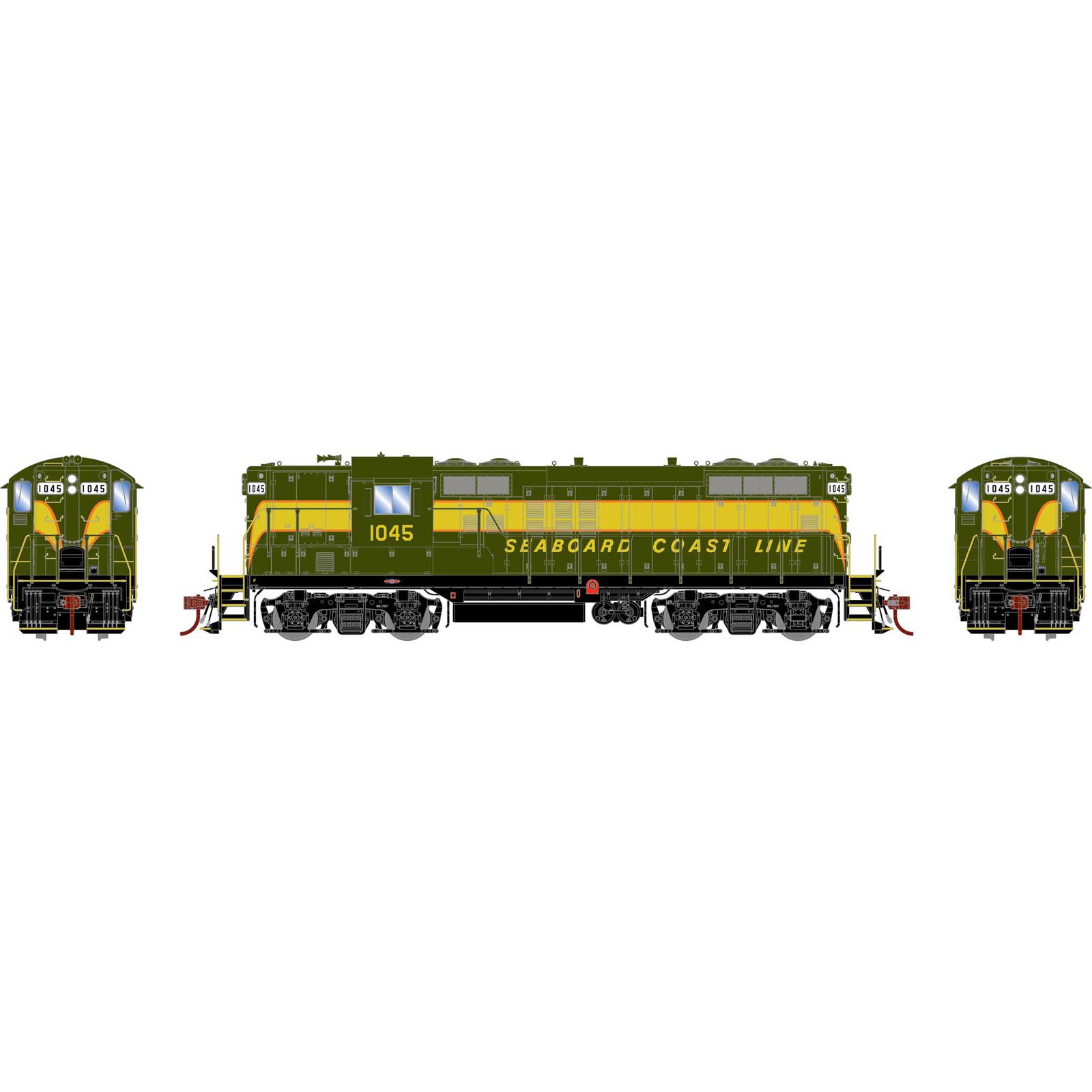 After the 1967 merger of ACL and SAL, a new paint scheme of black with yellow stripes was developed for the road’s diesels. However, repainting such a large roster of units would take time. As an interim measure, SCL lettering and/or logos were applied to many of the SAL-painted units to denote new ownership. This was known as the “split-image” scheme. This re-lettering operation included several examples of the road’s GP9 units, which are depicted here. They remained this way until repainted or retired.