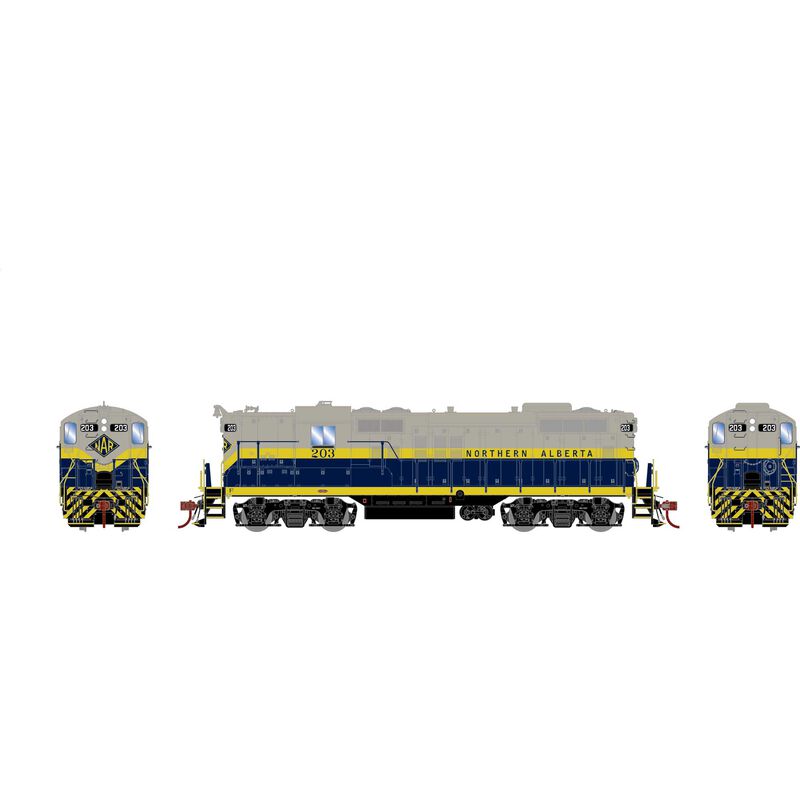 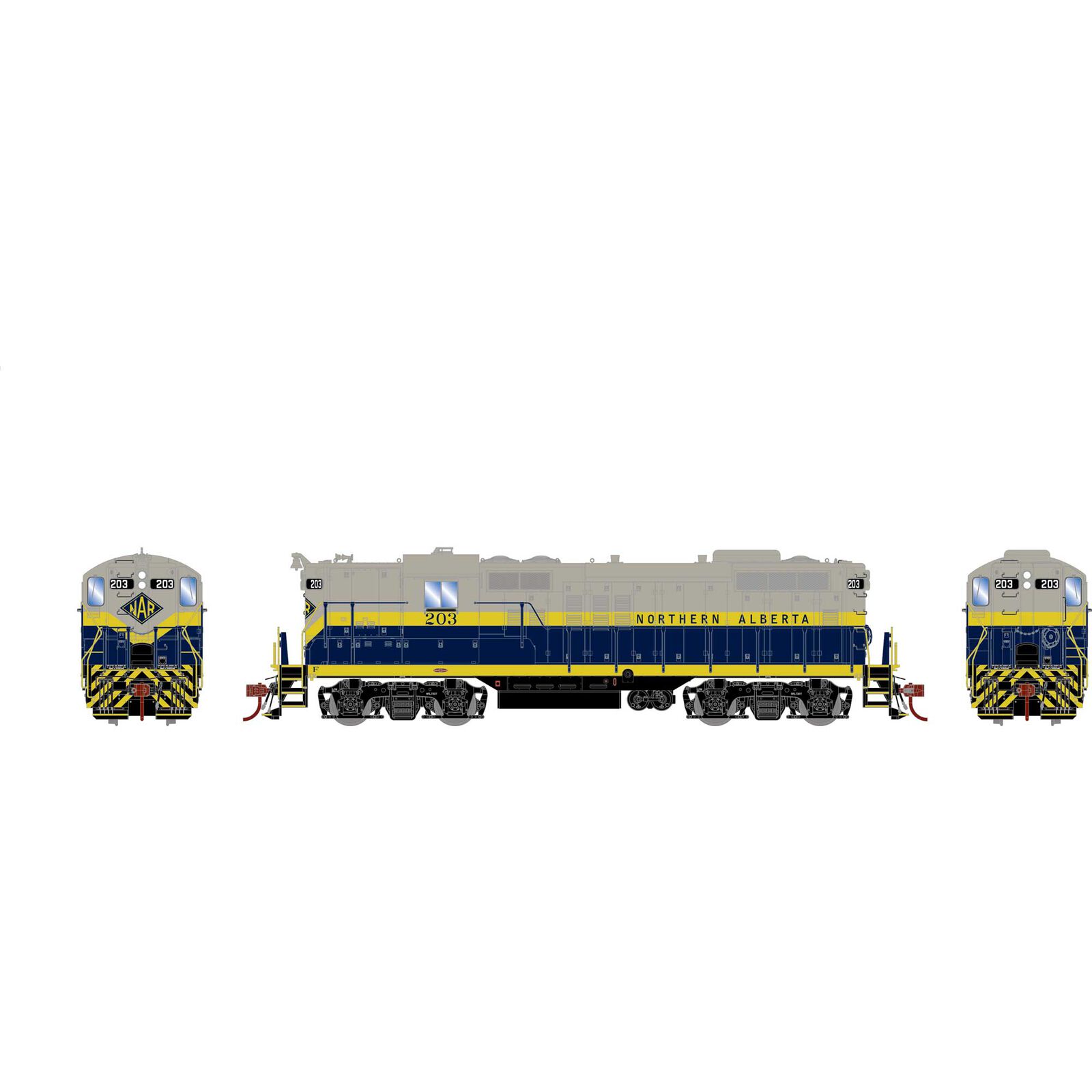 The link to HO GP9 Locomotive with DCC & Sound, NAR #203 has been copied

Northern Alberta Railways rostered eleven total GP9s, numbers 201-211. The paint scheme depicted here was in use from 1965-1975. The road was jointly owned by CP and CN until 1981, when CN bought out CP’s share of ownership. NAR GP9s could be found leading both freight and (with the help of a steam generator car) passenger trains.