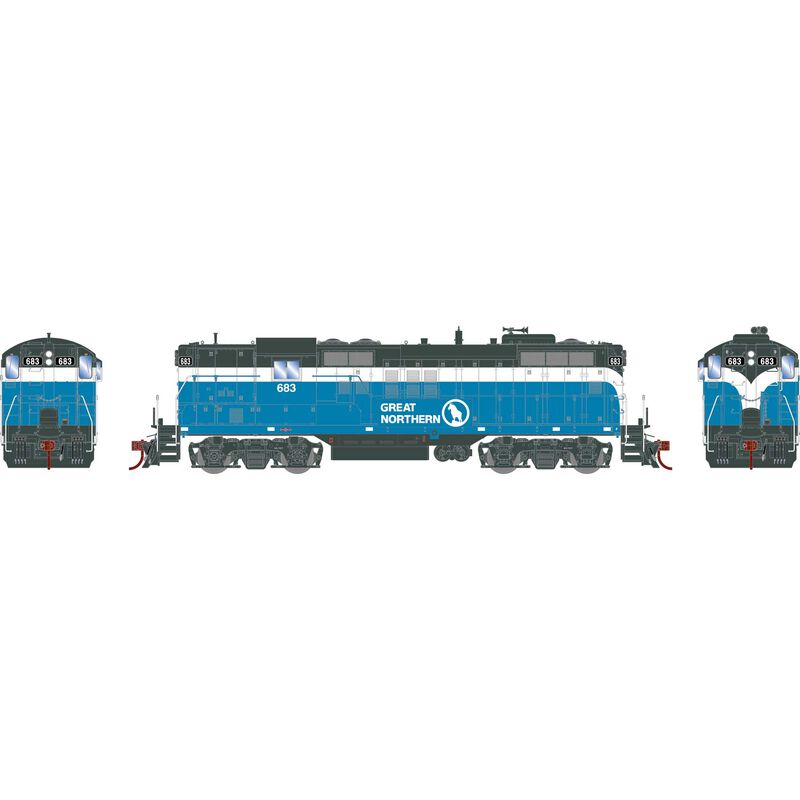 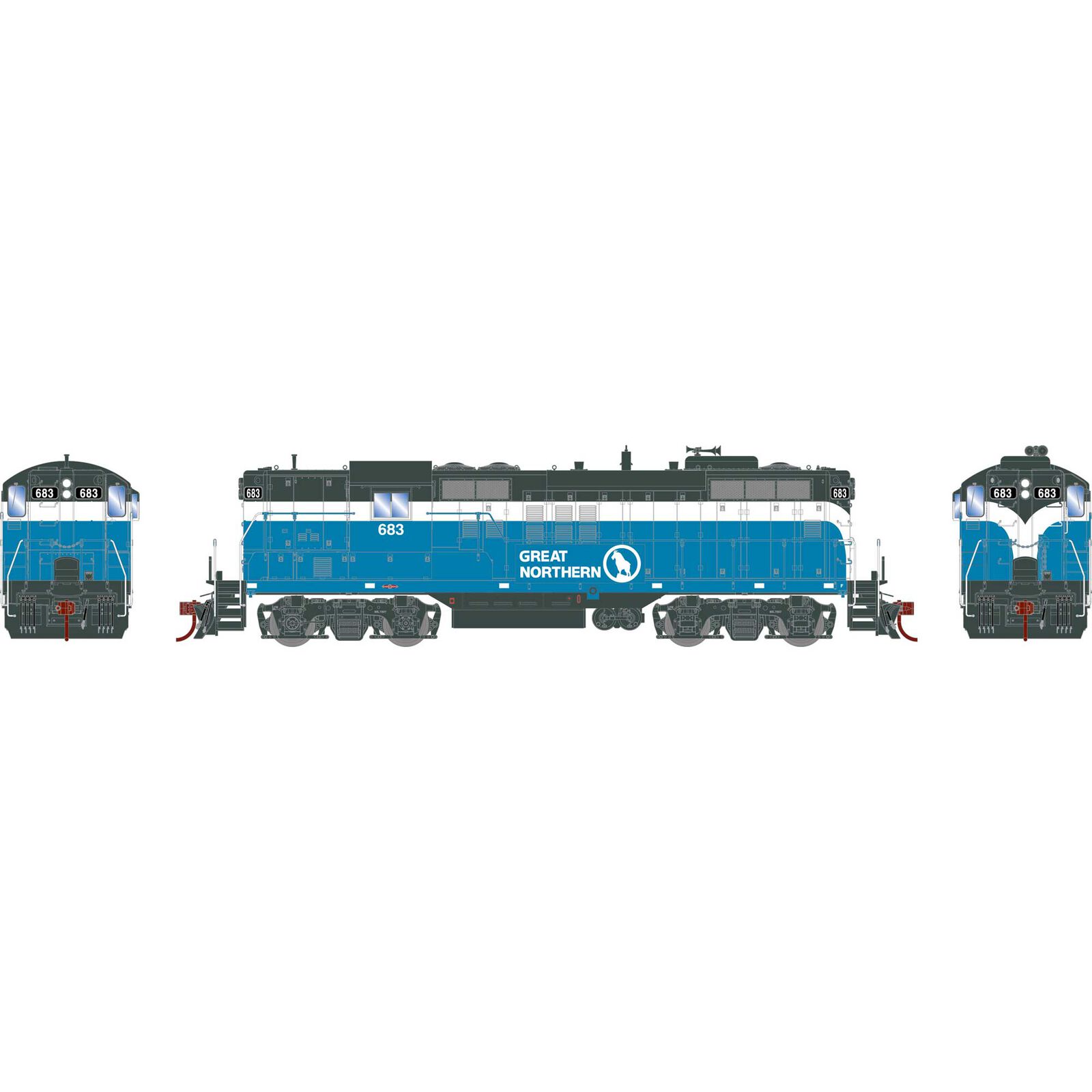 The link to HO GP9 Locomotive, GN #683 has been copied

In 1967, Great Northern introduced a new paint scheme, consisting of blue, white, and dark grey-green. Known as the Big Sky Blue scheme, it took its name from an unofficial nickname for the state of Montana. Several of GN’s GP9 locos received the treatment as depicted here.

In 1970, GN was merged with the other Hill roads to form Burlington northern; however, the Big Sky Blue painted units survived for some time after with a simple BN patch.