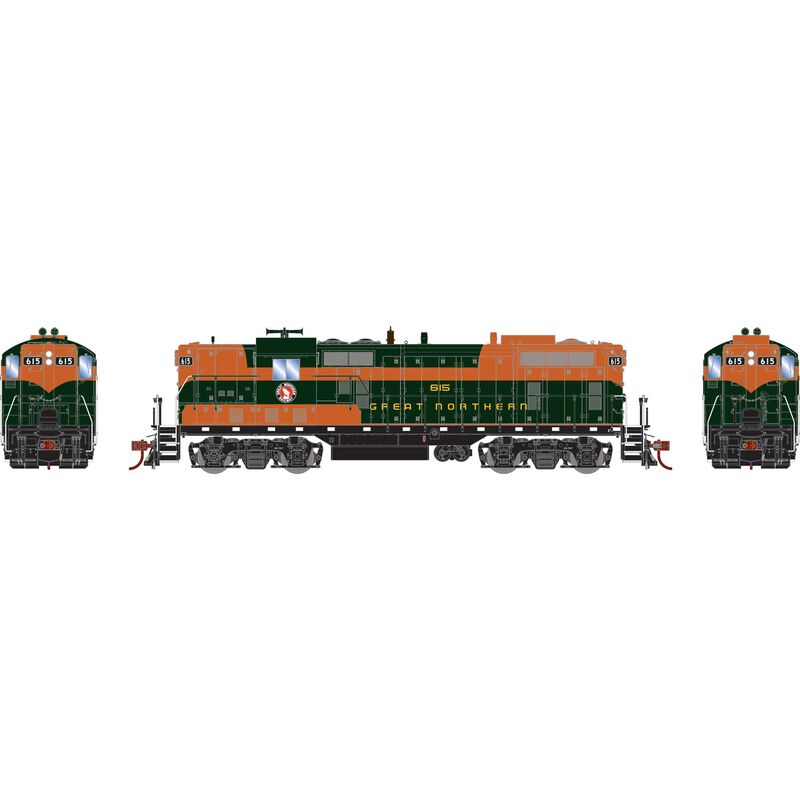 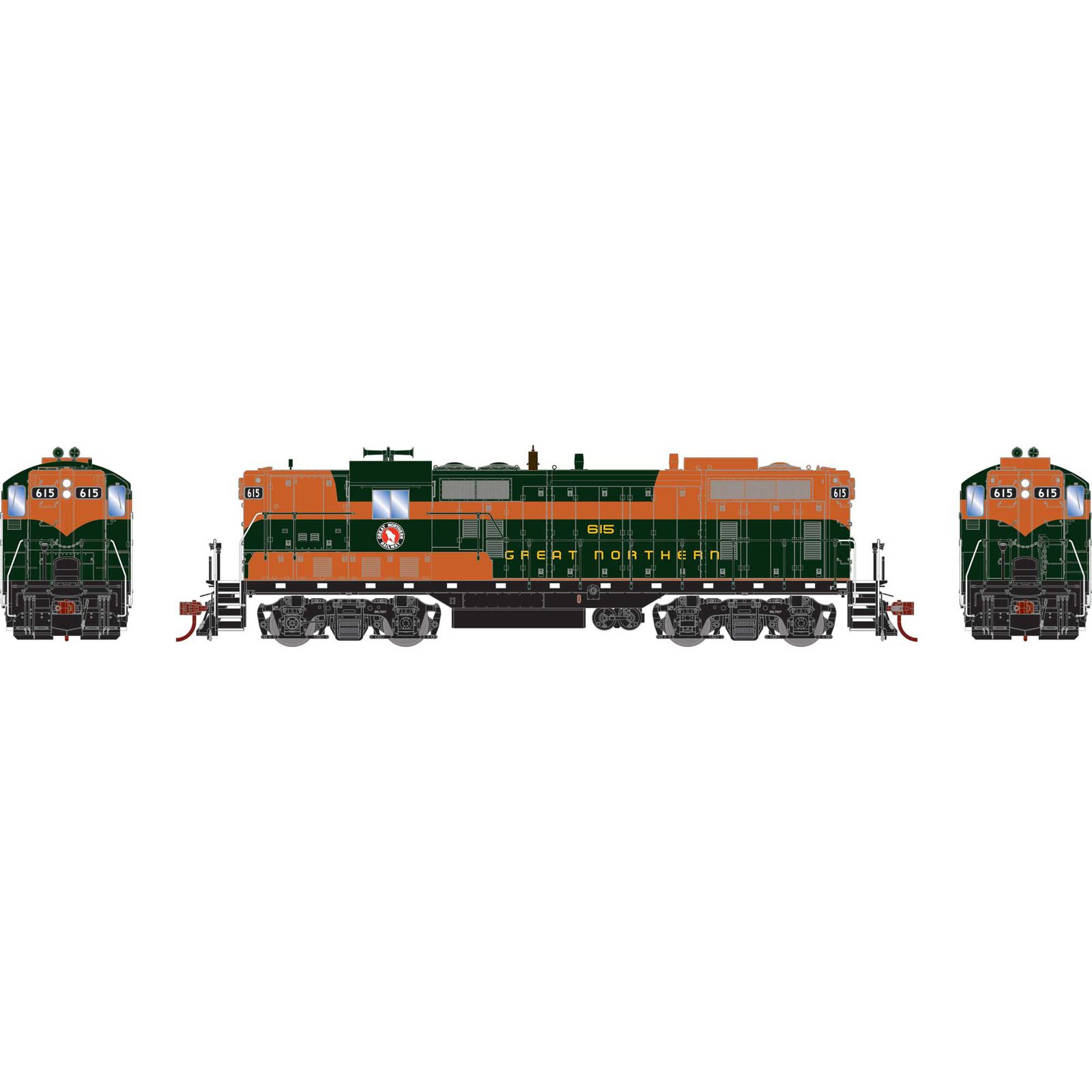 Great Northern rostered 56 GP7s, the earliest of which were delivered in 1950. Set up to run long-hood forward, the units drew all types of secondary service and most lasted through the BN merger. Starting in the mid-1960s, GN began to repaint units into the “simplified” scheme, in order to save on masking costs. These Athearn Genesis units are presented in the simplified scheme, and are appropriate for late era GN operations, or, with minor changes, early BN as well.