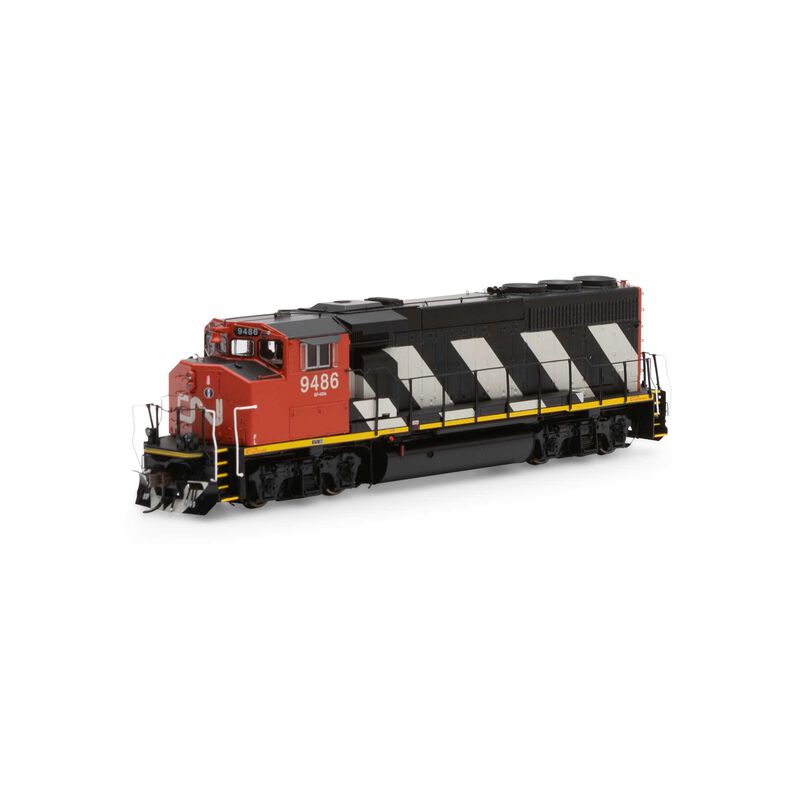 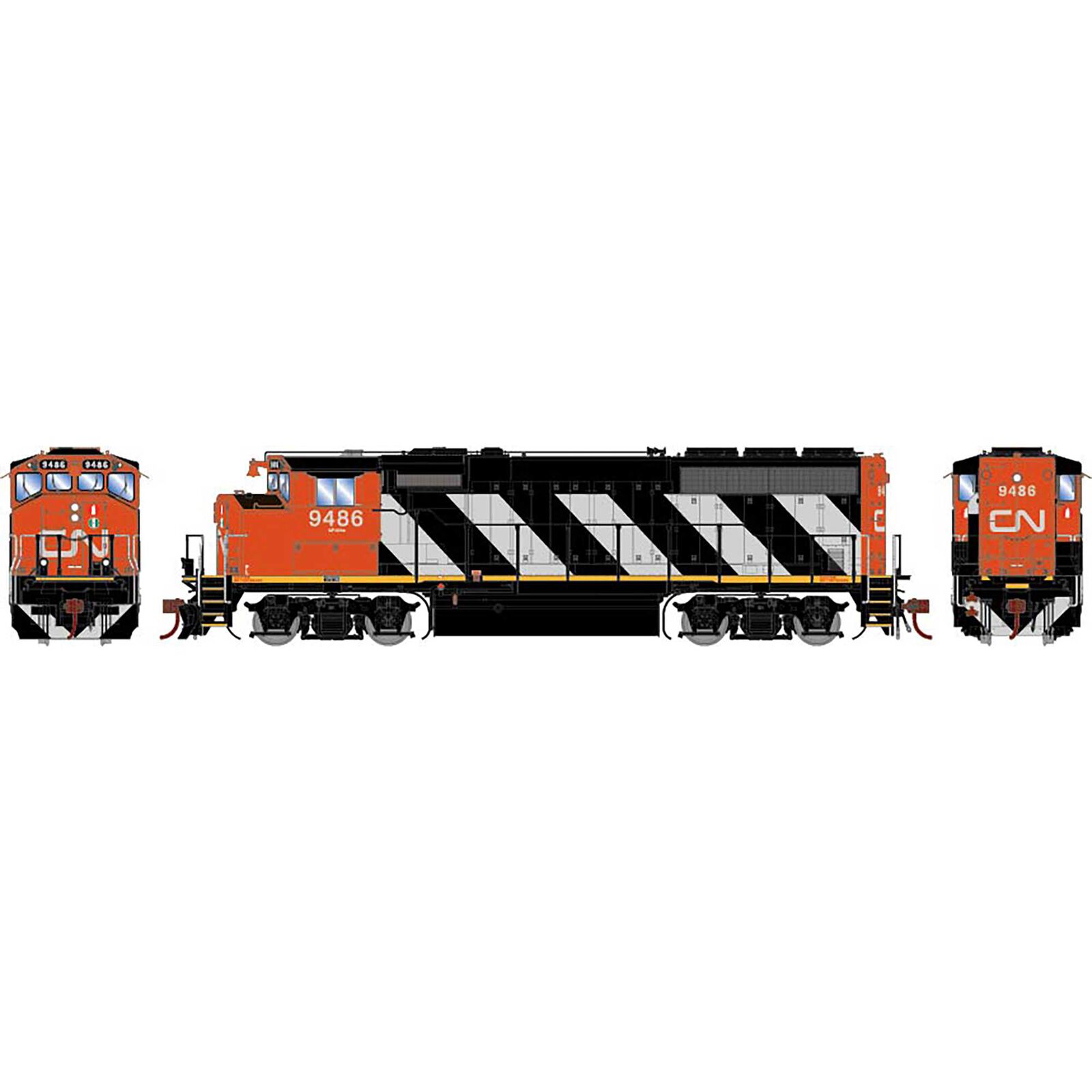 Built in 1974 with Canadian-specific features including, wide cab with 4 front windows, 3 color class lights, and snow shields, CN bought 268 examples of this design. Our representation offers the as-delivered style paint scheme, this time with forward ditch lights for the 1990's era modeler.