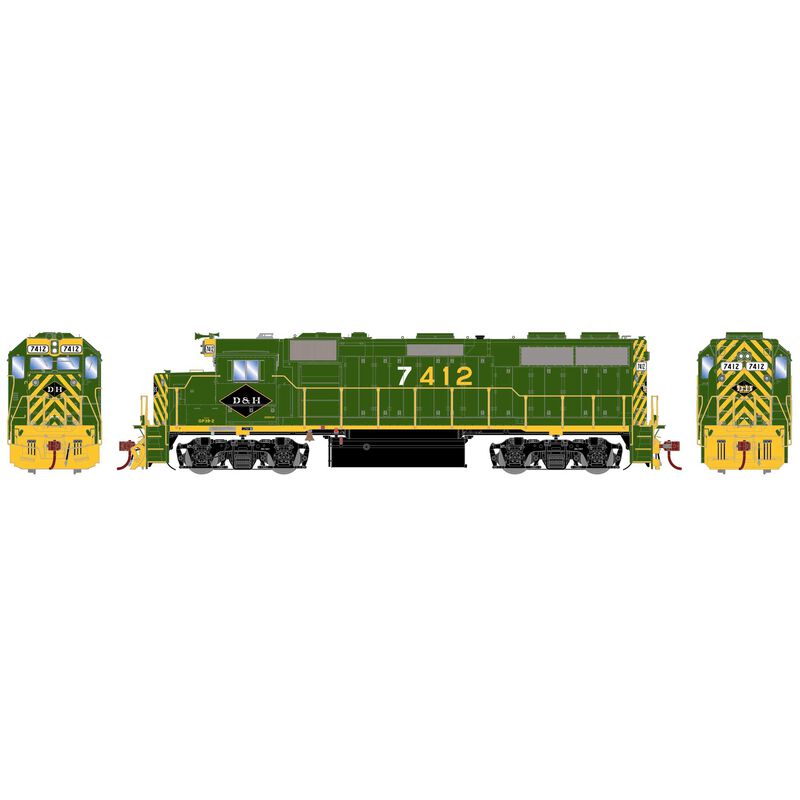 These ex-Reading units were conveyed to to D&H when Conrail was formed in 1976. They were badly needed since D&H had doubled in size. Consequently they were patched quickly. Some eventually received full D&H paint when they were rebuilt.

GP39-2 for seven North American railroads. The basic design followed most four axle road diesel switchers for the time. Borrowing improvements from the GP38-2 and GP40-2 designs, this mid-horsepower road switcher utilized a turbocharged 12-cylinder EMD 645E3 diesel engine for it’s prime mover. With 4 fewer cylinders, the smaller engine provided a distinctive long hood on the phase II and phase III bodies, where the clean room/engine compartment doors were set back from the cab further than predecessor locomotives.