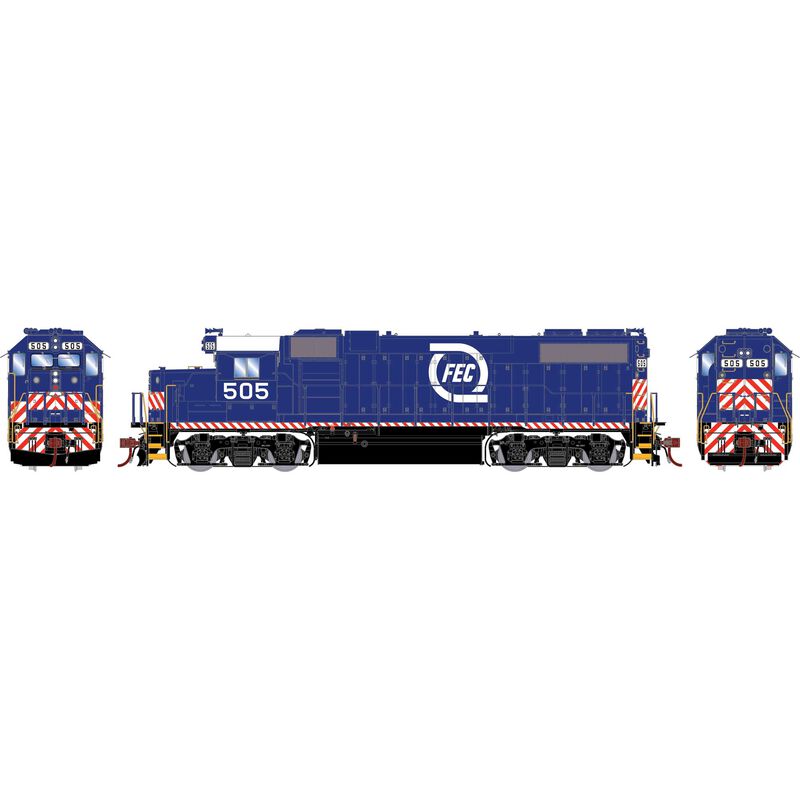 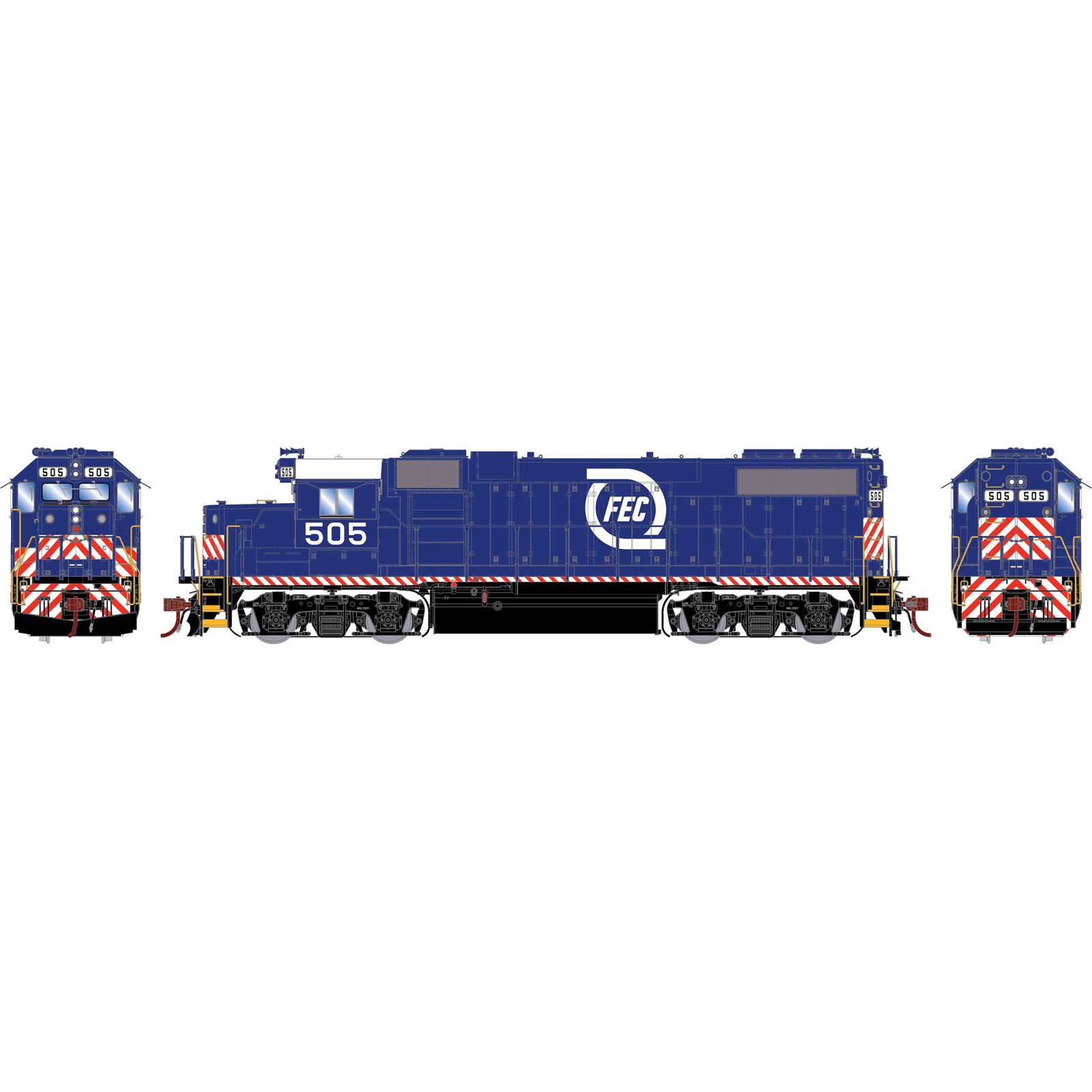 Starting in 1972, the FEC acquired 11 of these GP38-2s.  These locomotives came equipped with Oscitrol lighting and Leslie RS3L horns.   These GP38-2s are still in service today having gone through several rebuilds.  Taking off the Oscitrol lighting from their nose and adding front and rear ditch lights, and RV AC units to their roof.