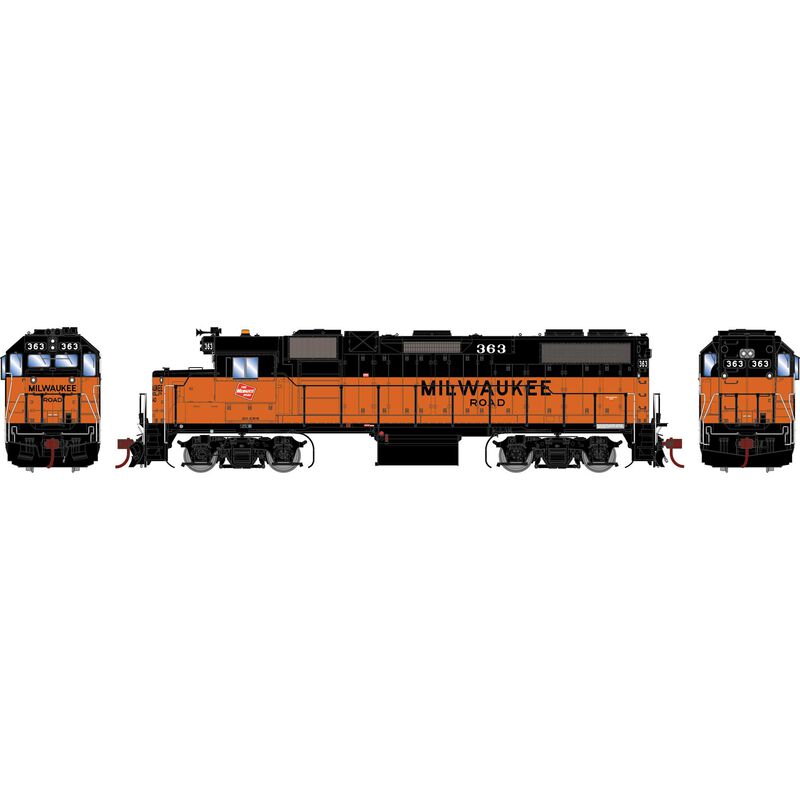 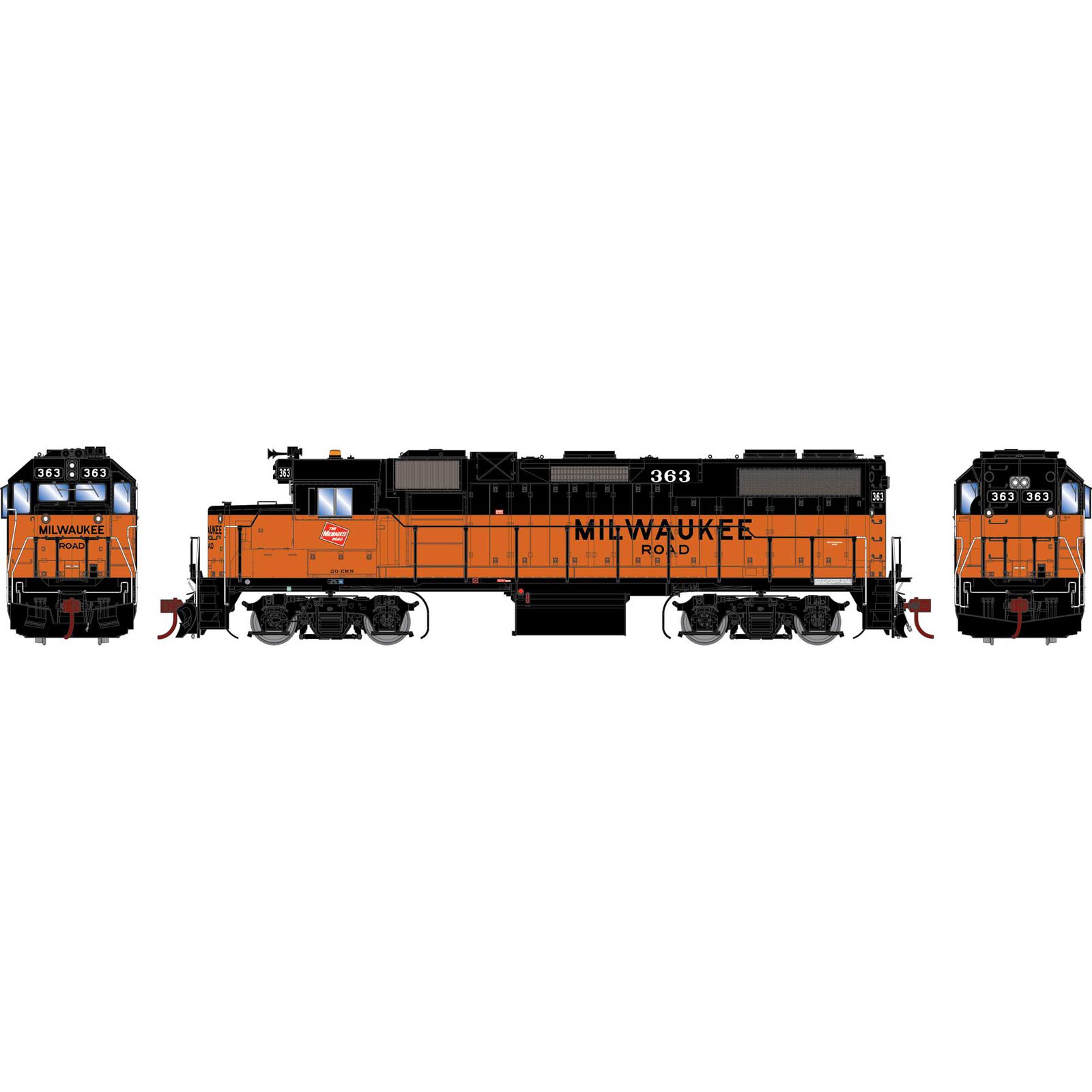 In the early 1970’s the Milwaukee Road found that it needed to replace their aging fleet of low-horsepower switching fleet due to the rising costs of maintenance. They intended to replace them with their GP9’s. But they needed replacements for the GP9’s in local service so they purchased two groups of new EMD GP38-2’s. The first group, #’s 350-355 were built in June 1973 without dynamic brakes. The 2nd group came in the fall of 1974 with dynamic brakes and were assigned to their western extension until it was embargoed and then abandoned in 1980.