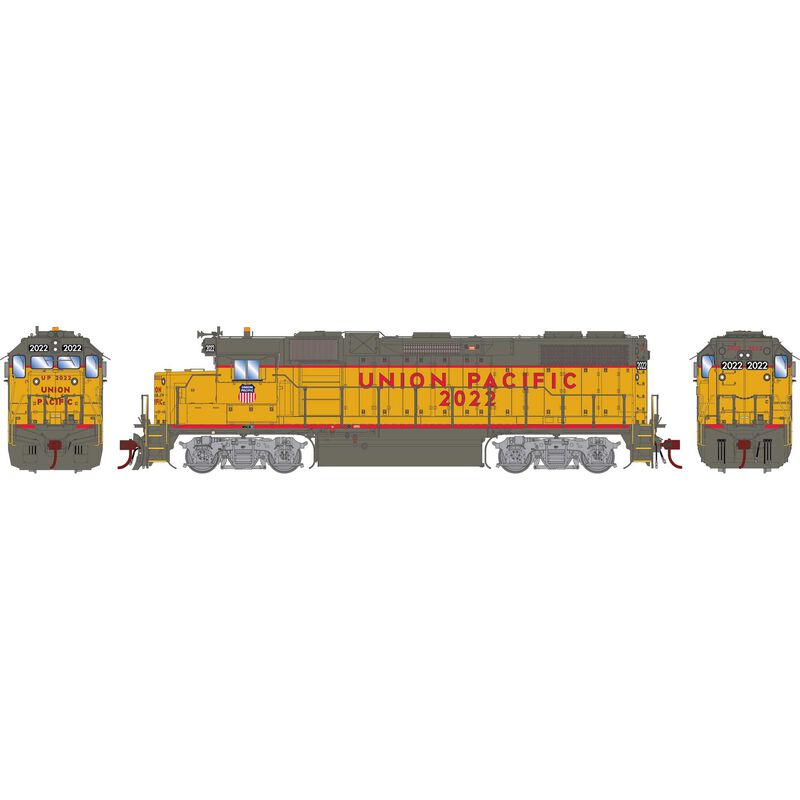 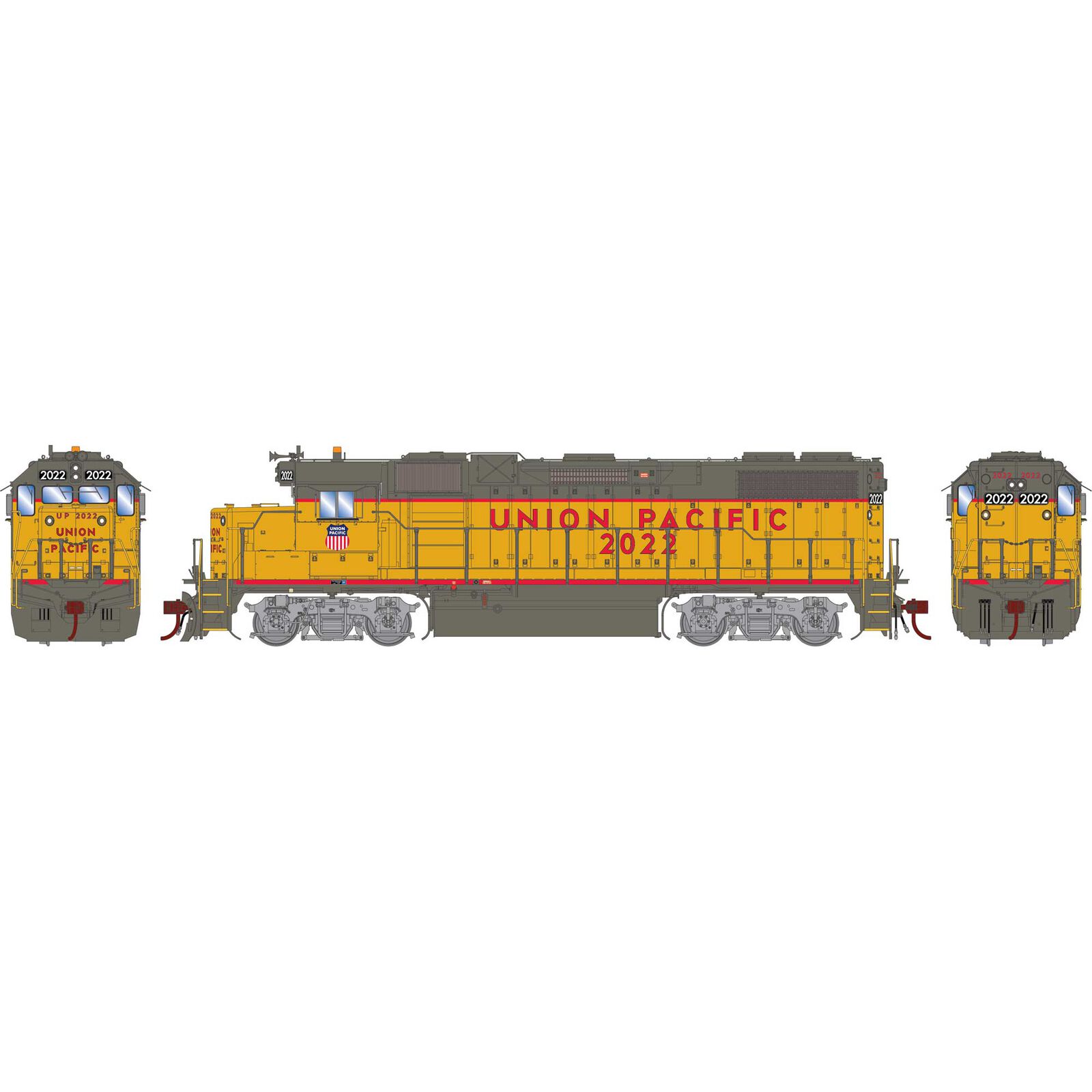 UP’s initial order for GP38-2’s in 1974 for 40 units (#2000-2039) ushered a new batch of road switchers for the carrier. This first order included the common regular EMD steps, Beacon, Canvas style sun shades, and large front EMD plow. UP went back the following year and ordered 20 more. The second batch had switcher steps which gave them a distinct different look. By the late 1970’s, UP started to adopt a larger font name on the sides of their locomotives. One of the most notable detail changes was the horn being moved to the front roof of the cab and a piping conduit running along the roof of the unit. We have added this feature including UP’s modified coupler levers on both ends and the pilot mounted lifting lugs. These were originally assigned to the pacific north west, but could be found all over the system. Most of these are still earning revenue for UP today.