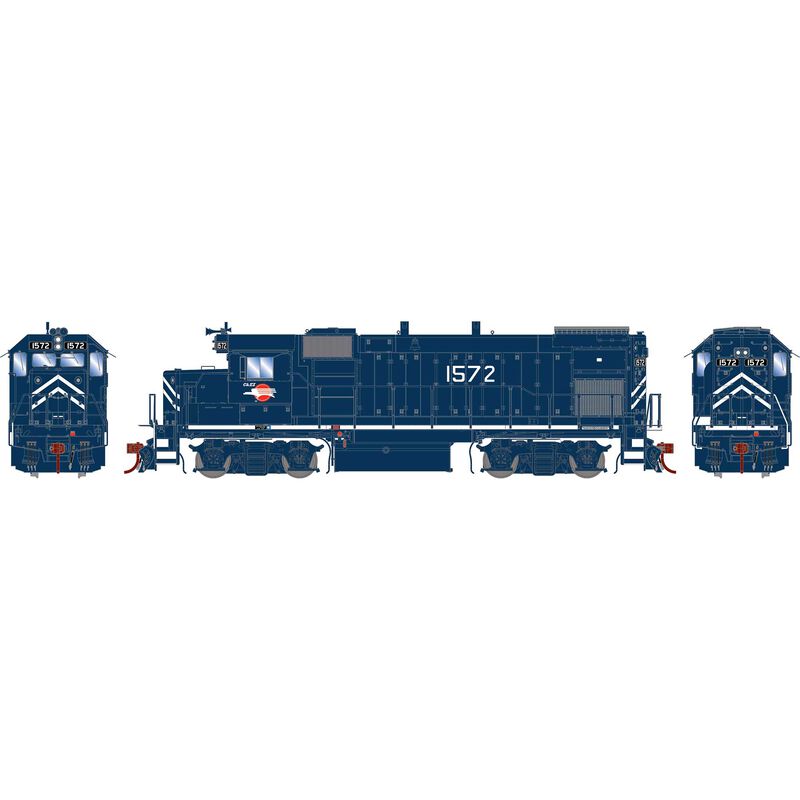 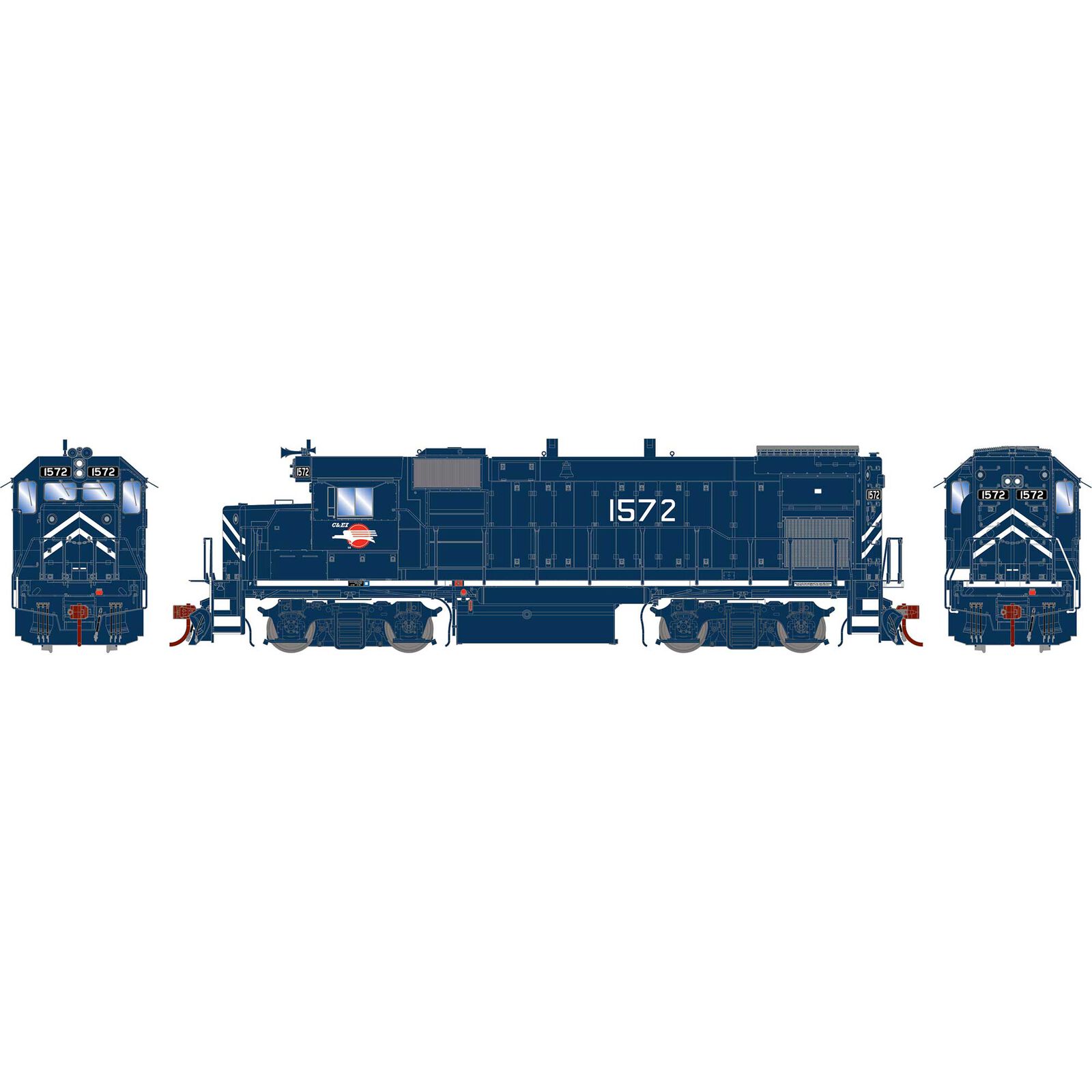 The link to HO GP15-1 Locomotive with DCC & Sound, Missouri Pacific #1572 has been copied

The mid 1970s saw many railroads rebuilding their first generation GP7 and GP9 locomotives. Recognizing this, EMD seized on it by offering the GP15-1 allowing railroads to purchase a new locomotive that reused components from traded-in GP7s and GP9s while receiving tax advantages making the GP15-1 competitively priced with rebuilding old geeps. The Missouri Pacific liked the idea and the first 20 GP15-1s, road numbers 1555-1574, would arrive in June and July 1976 on the railroad. Mopac used the GP15-1 across the entire system like the utilitarian GP7 it replaced, and it quickly found a home on branchlines, local and Traveling Switch Engine (TSE) service, yard switching, and as extra power for mainline trains. The Mopac would ultimately have 160 on the roster with an additional 30 GP15ACs, accounting for over half of the 372 GP15-1s and varieties built with Conrail’s 100 being a distant second.