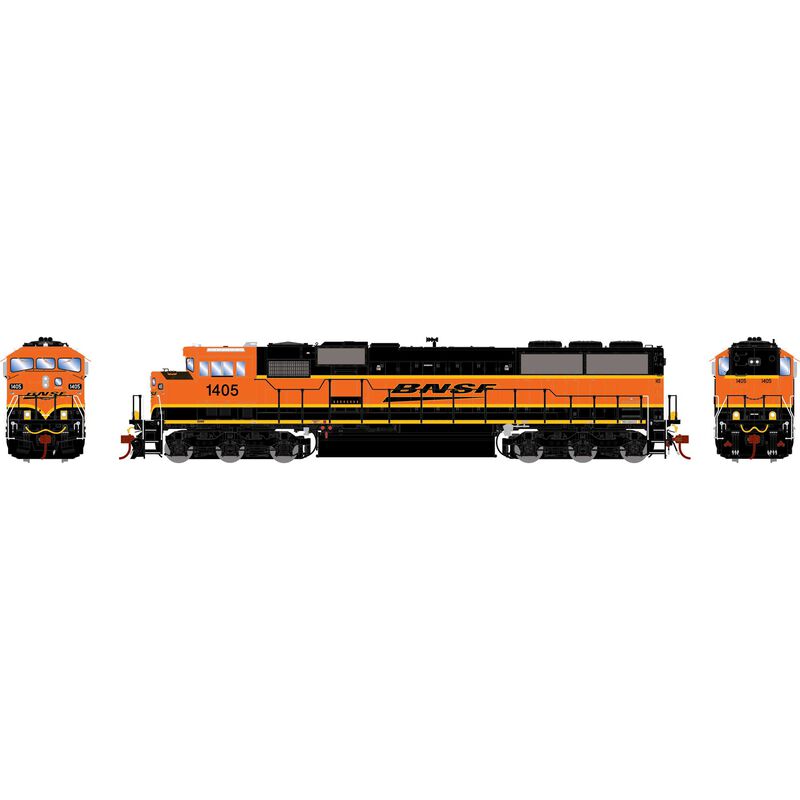 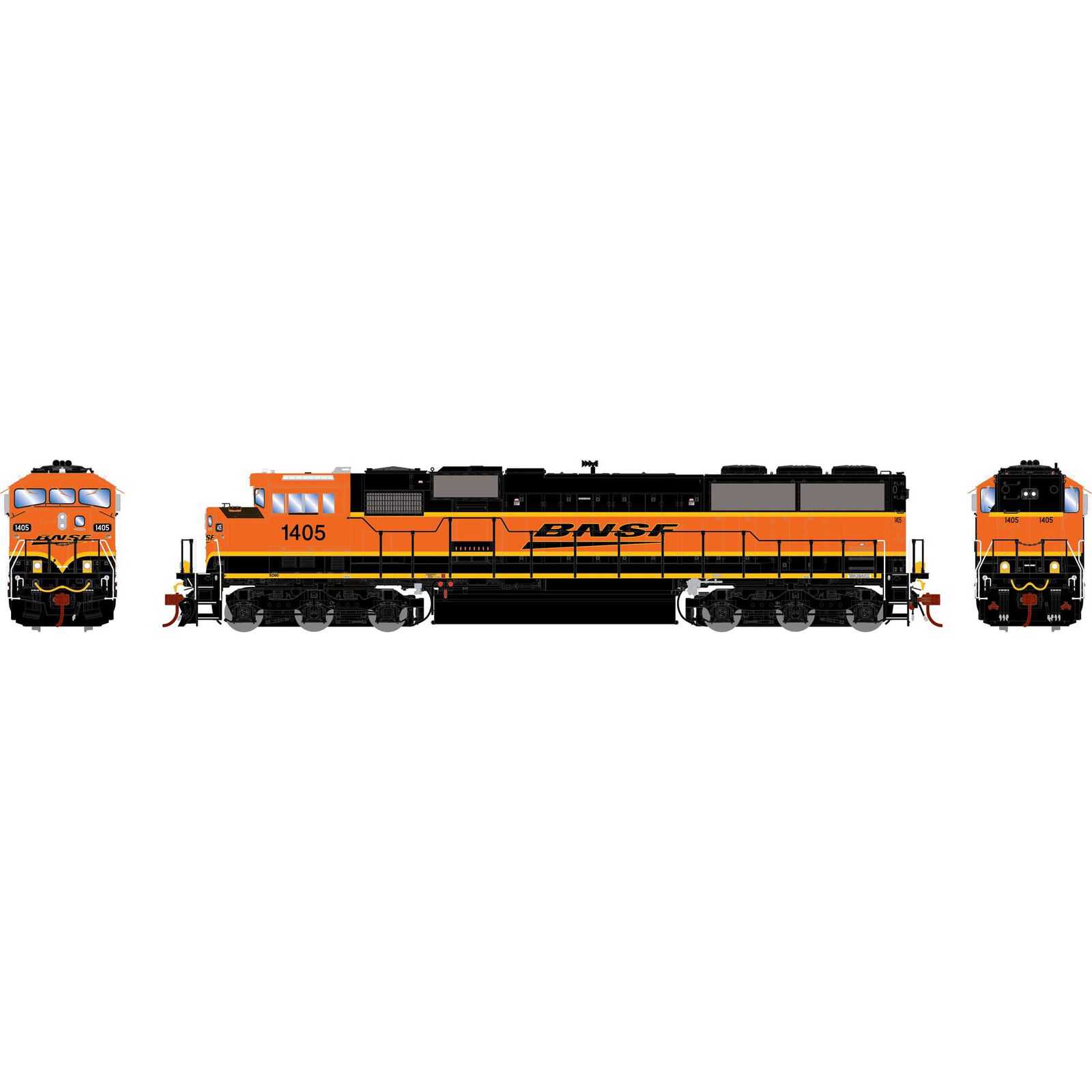 Starting in the mid 2010's, BNSF overhauled a batch of SD60Ms. They were re-wired, rebuilt, repainted, and had remote control equipment installed in most of them. BNSF classifies these as 'SD60M-3's'. In this run, we are offering two road units, and one yard service version. 1405 retains it older BN carbody with brake wheel, while 1416 and 8131 has the newer rebuilt body with electronic brake ratchet. All 3 show slightly different versions of the current BNSF scheme.

In 1984, EMD unveiled the first four SD60 demonstrator locomotives. The SD60 was equipped with a 3,800 horsepower, 16-cylinder, turbocharged 710G3A prime mover. Five years later, EMD began offering the SD60 with the wide nose "safety" cab with the infamous "Tri-Clops" 3-piece windshield, thus creating the SD60M. The term "Tri-clops" is a popular railfan nick name that refers to the original 3-window cab design. Union Pacific was the first road to order these new SD60M locomotives followed by Burlington Northern and SOO Line. BN's SD60M locomotives went on to the merged BNSF while the SOO Line units went to Canadian Pacific. Some of the BNSF units found more mileage with Norfolk Southern and in lease service for CEFX.