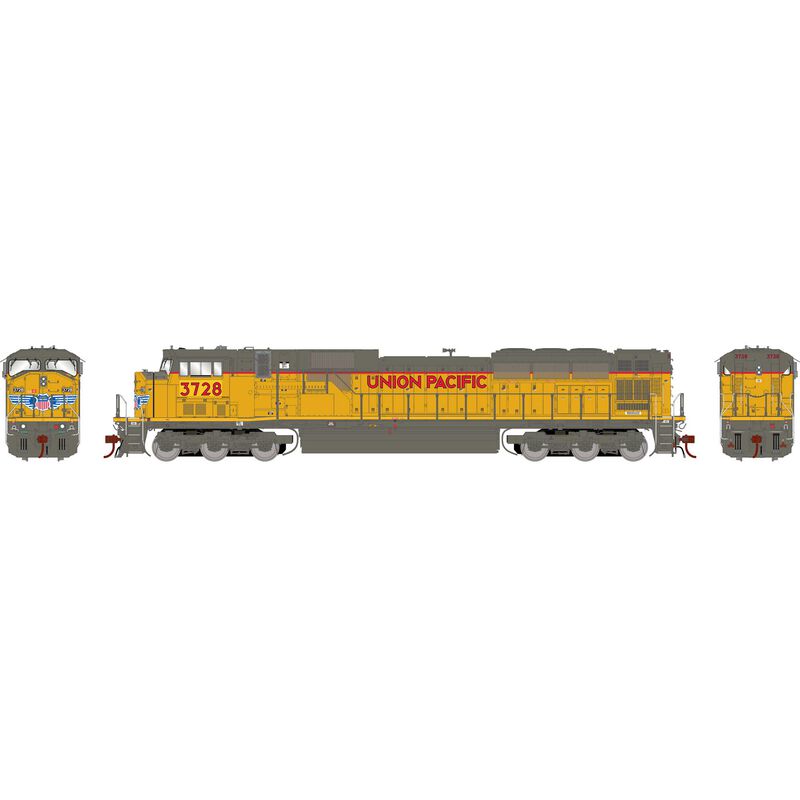 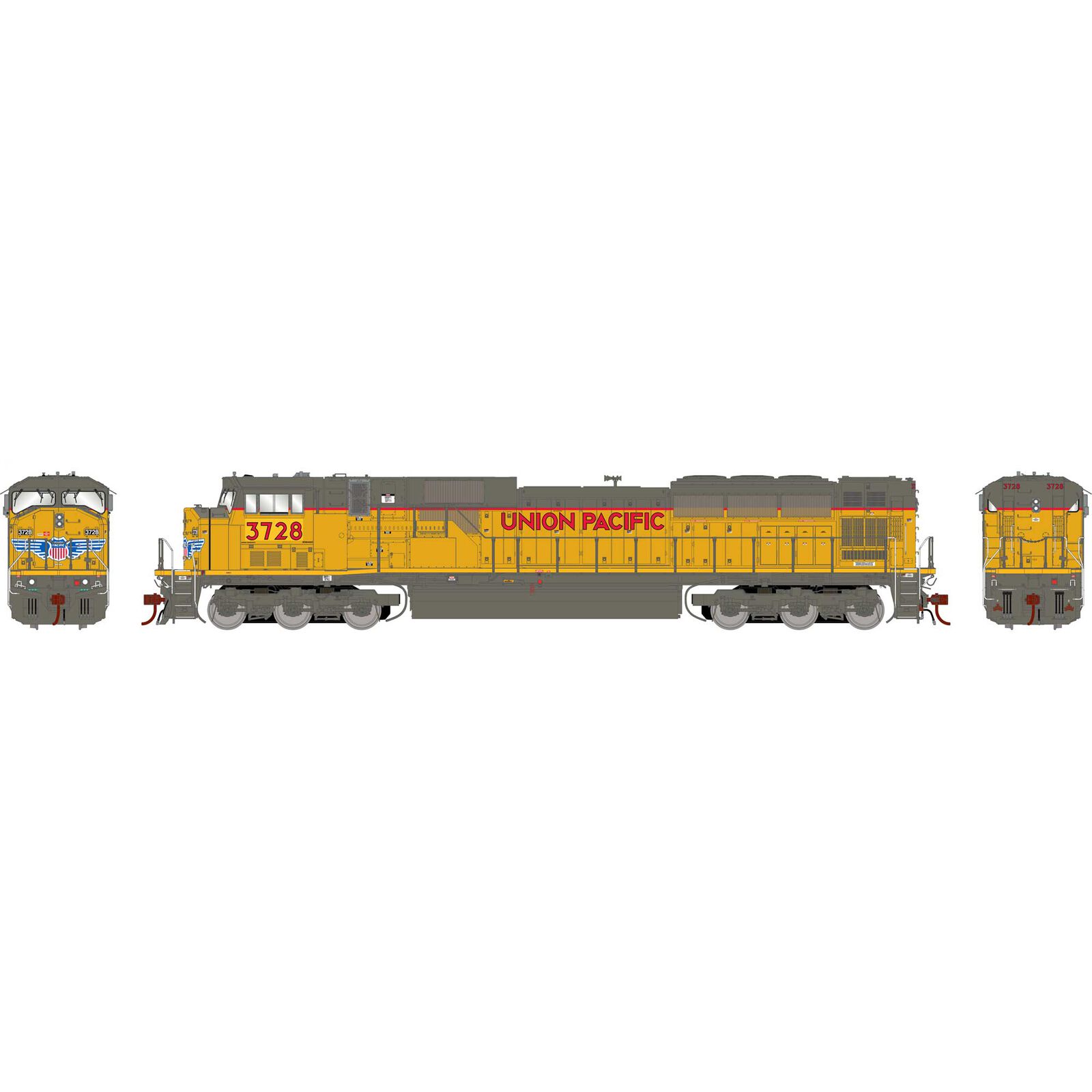 Union Pacific was the largest buyer of the SD90MAC with 309 units total; the railroad designation was SD9043AC as they were delivered with the 710G engine rated at 4300hp. Taking delivery of the first locomotives in 1995 and the last in 1999; originally numbered in the 8000 series, these locomotives were renumbered in 2012 and some are still in service today. 3681 is one of only a few SD90MACs to receive the flag paint scheme.