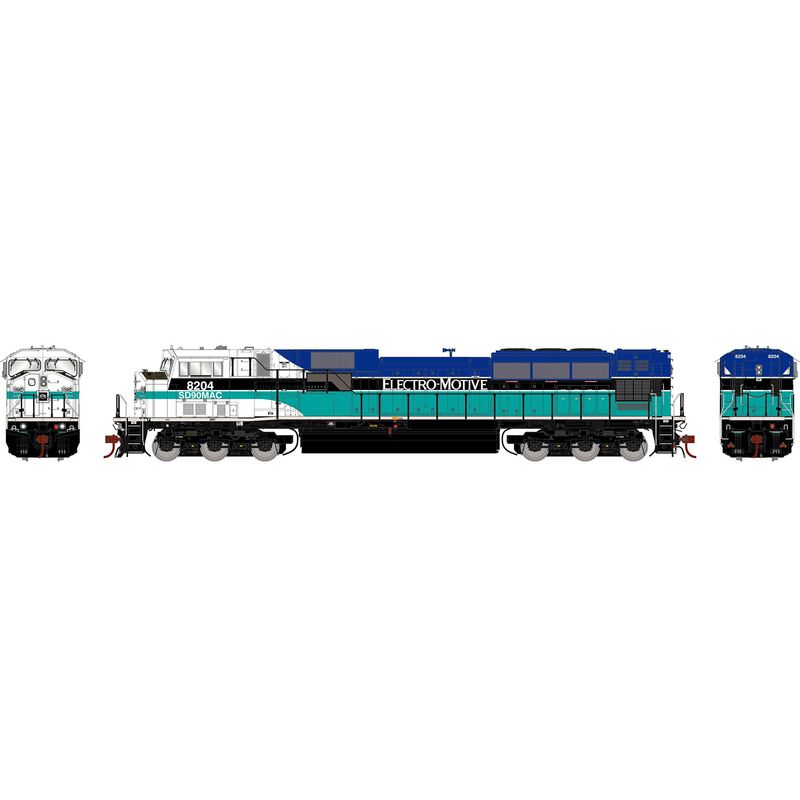 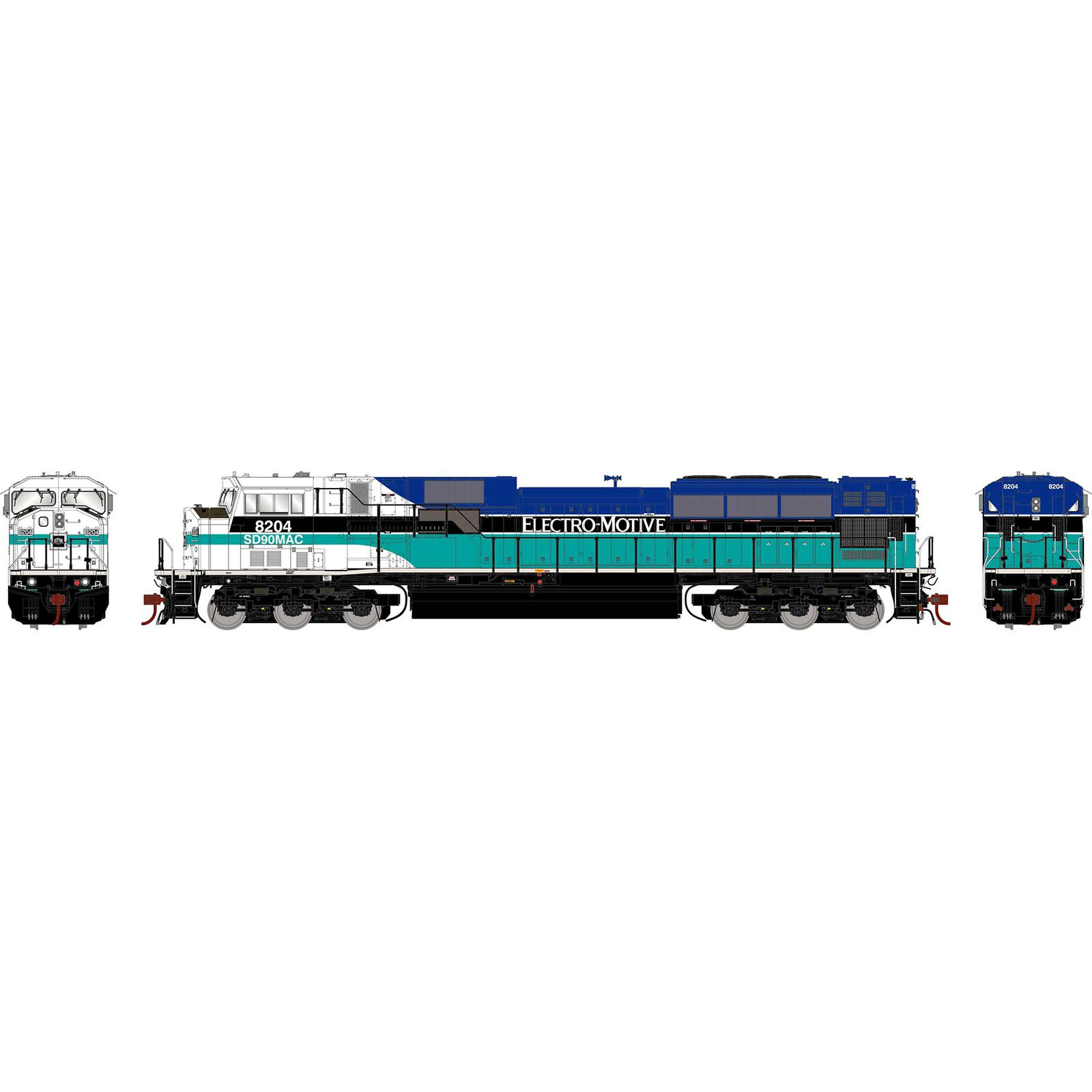 The only SD90MAC-H to wear colors other than UP Armour Yellow and Harbor Mist Gray. #8204 was often seen on point along with two of its stable mates and a dynamometer car as it toured the country. Most well known for its 1997 appearance at the EMD Open House in La Grange, Illinois.

After additional refinement by EMD, the twin-turbo, 4-cycle 256H prime mover was ready for a locomotive. While none of the convertible SD90MAC (SD9043MAC) were ever upgraded as intended with this 6000 hp power plant, a slightly different car-body was introduced with the SD90MAC-H to house this powerhouse. The Phase 1 version shares the same safety cab as the SD80MAC and SD90MAC, but refinements in engine cooling was required for the 256H resulted in the most visible difference, a sloped hood above the prime mover. Ultimately railroads lost interest in the race for the most horsepower and with more stringent emissions regulations, the reign of the 256H prime mover was ending. A total of 22 SD90MAC-H Phase 1 locomotive were produced, all for the Union Pacific. Production began in 1996 and lasted until Phase 2 SD90MAC began in 1999, with all 22 locomotives scrapped by 2009 at the end of their lease. One locomotive, EMDX #8204 wore a unique demonstrator scheme in honor of GM/EMD's 75th Anniversary and was seen proudly on display at their 1997 La Grange, Illinois open house.

The Athearn Genesis 2.0 SD90MAC-H features all of the cutting-edge detail and operational features that are expected by discerning modelers: Working number boards and ground lights, see-through steps, numerous separately-applied details on the body and underframe, and a heavy die-cast frame for massive pulling power.