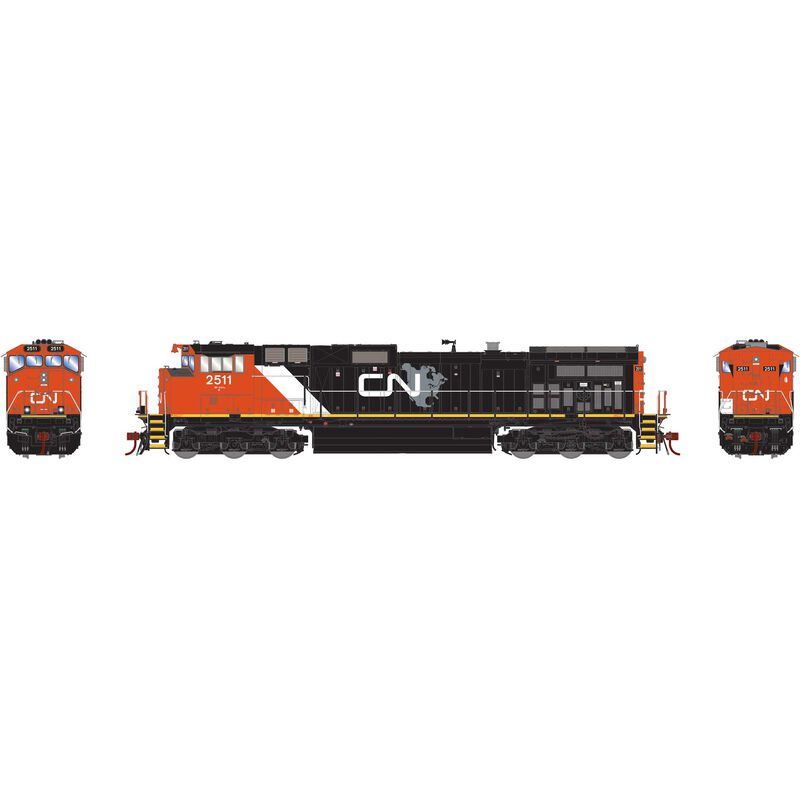 BC Rail only purchased 4 of the Dash 9-44CWL locomotives. What makes the CWL version of the Dash 9 unique is that these units were built with the Canadian-style safety cab that utilized the 4-piece windshield. All other Dash 9s purchased by BC Rail were the more traditional 2-piece windshields. We have depicted theses units to be As-Delivered for the BC Rail modeler.

Also ordering the Dash 9-44CWL was Canadian Pacific, with a quantity of 23 • Early style dynamic brake exhaust fascia of the unique locomotives. These units differ from the BC Rail units with slight hood variations and different snow grates in the walkway.