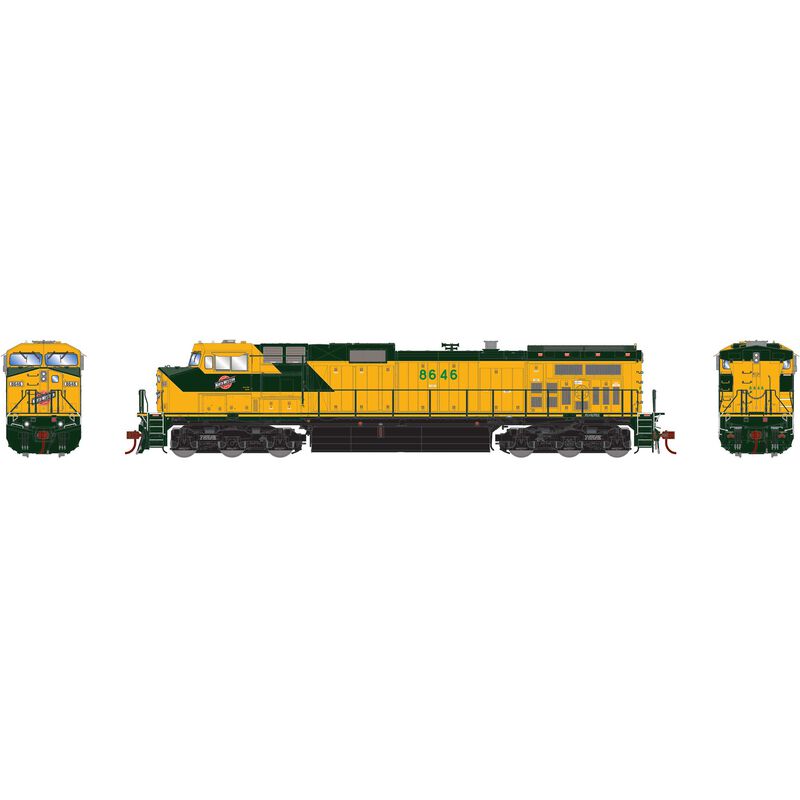 The Chicago & Northwestern RR Dash 9-44CW locomotives were the first production order of Dash 9s from GE with delivery beginning in late 1993. C&NW initially came without A/C units and a roof vent but were later modified to have A/C. Our models depict the As-Delivered configuration for the C&NW modelers who depict this great railroad right up to the C&NW/UP merger.