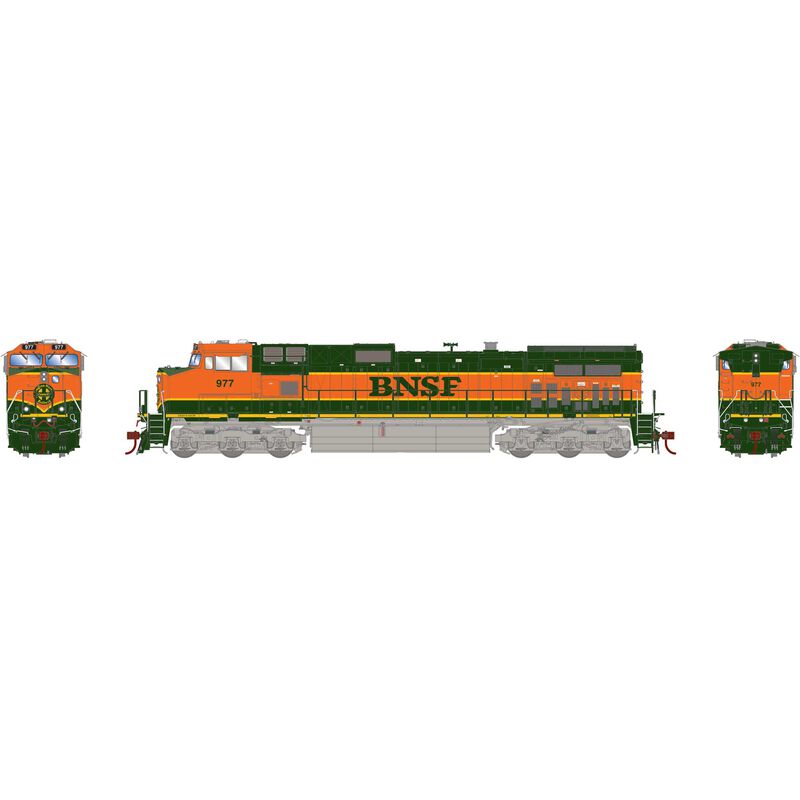 Delivered in 1996-97, this was the first (and only) order of BNSF Dash 9-44CWs to wear the GN-inspired “Heritage I” scheme. Many are still in service today and can be seen on trains across the system. BNSF 1050 is unique in that it received yellow BNSF initials on its long hood, as opposed to the standard green initials.