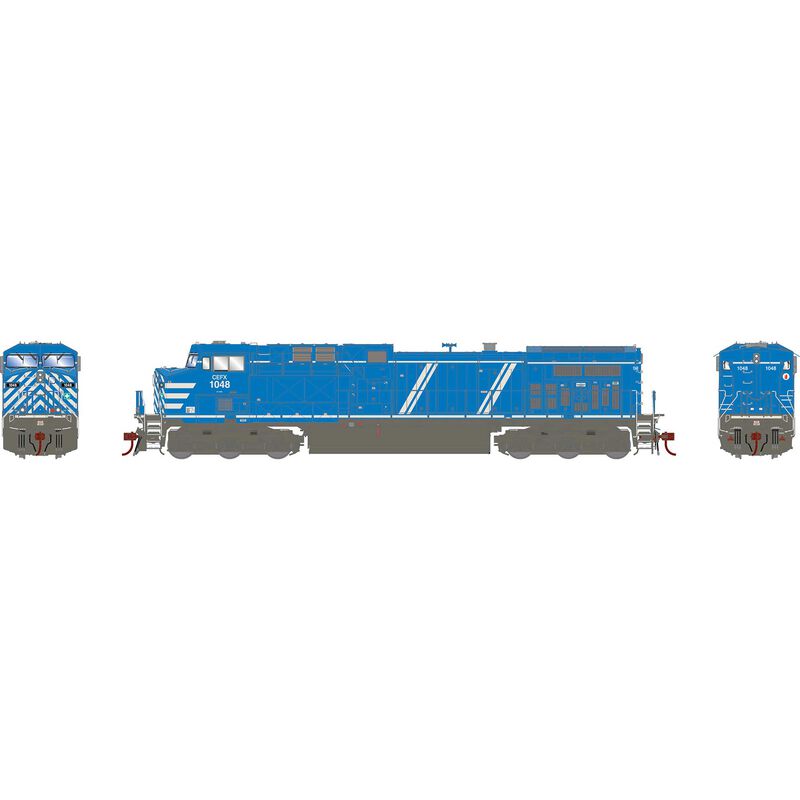 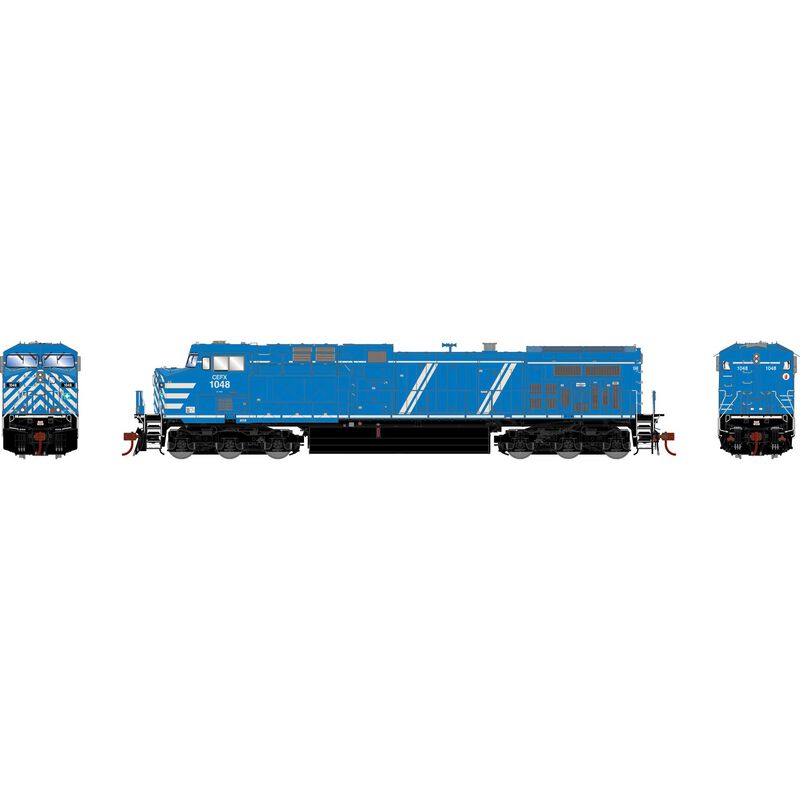 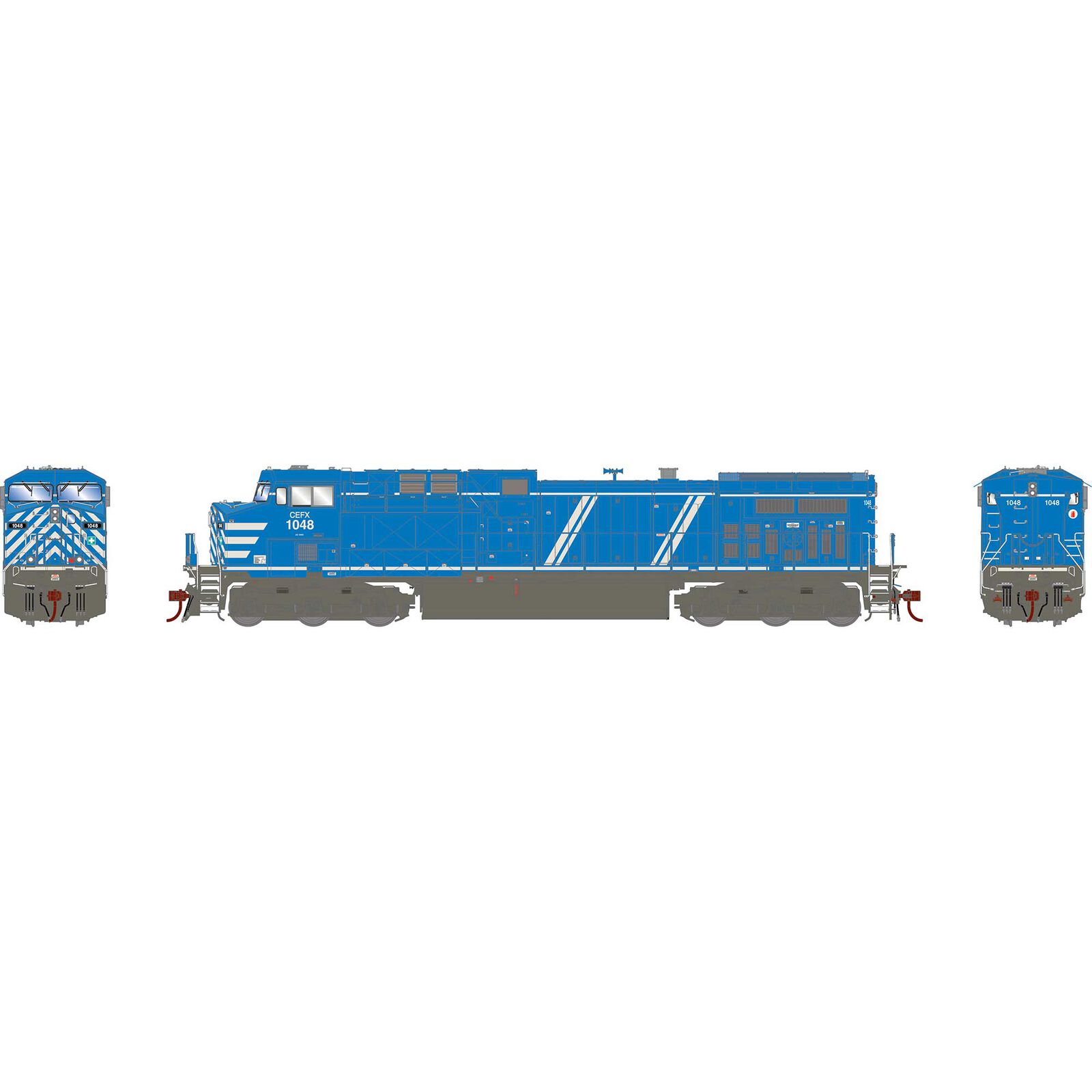 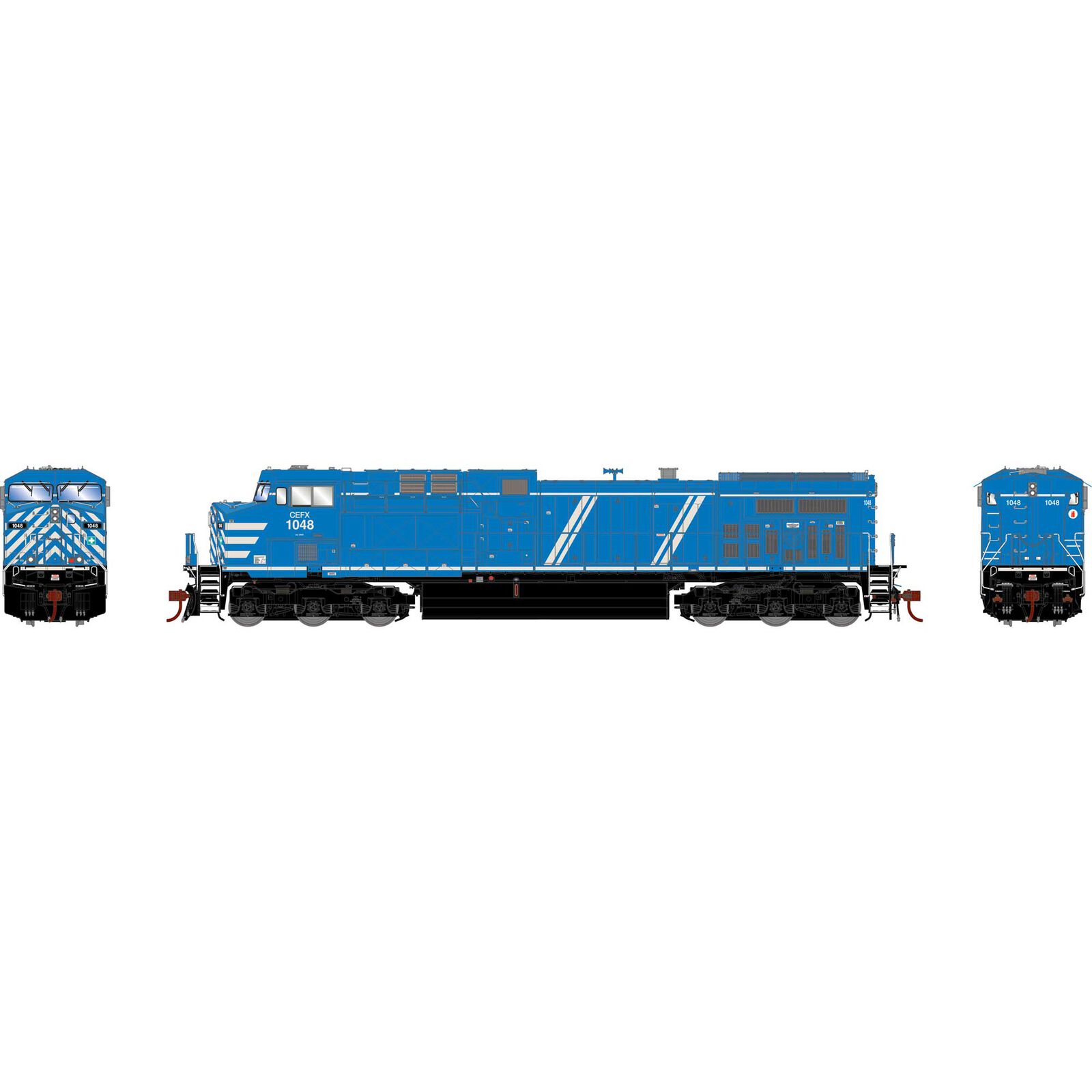 The CIT Group placed two orders late in the production of the AC4400CW. They represent some of the newest features added to the AC4400CW line before its discontinuation. The first group was purposely built with Union Pacific features to whom they were originally leased. The second group was leased to the Canadian Pacific and share spotting features with late model CP AC4400CWs. Both wear CIT Group’s distinctive “Blueberry” scheme with CEFX reporting marks.

Introduced by GE in 1993 and built until 2004, when it was replaced by the Evolution Series Tier II compliant model, the AC4400CW is a staple of modern railroading. 2,834 examples were built with many still plying the rails in their as delivered configurations or as rebuilt variations. Many Class 1, regional, and foreign railroads purchased the AC4400CWs. Ownership spanned the North American Continent and with their long lives, have seen numerous paint scheme variations and ownership changes through the years. The AC4400CW went through a large number of changes during its production. Some are easily noticeable; early units being delivered with GE’s Hi-Adhesion Trucks, while later units that had the option for newly developed GE Steerable Truck. Other details are smaller and takes a careful eye to see; the addition of a door stop, how the step wells are reinforced, or the number and positioning of panels and doors.