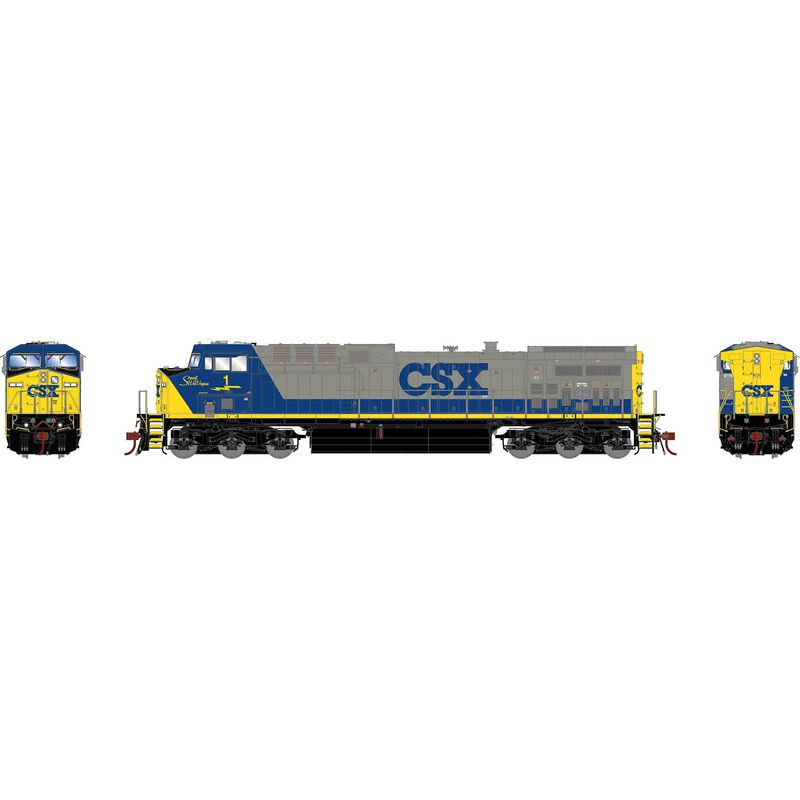 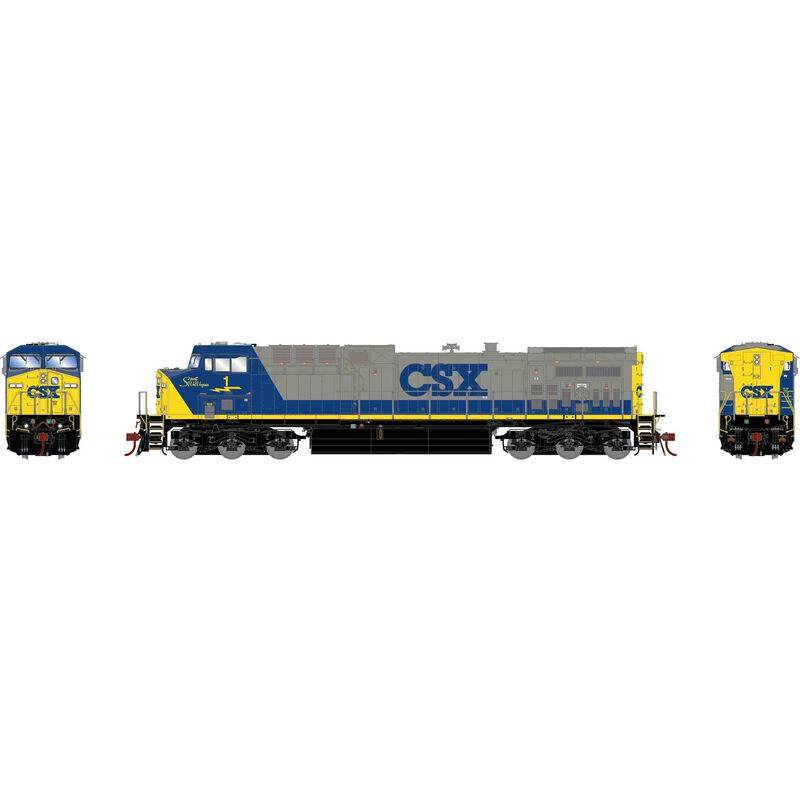 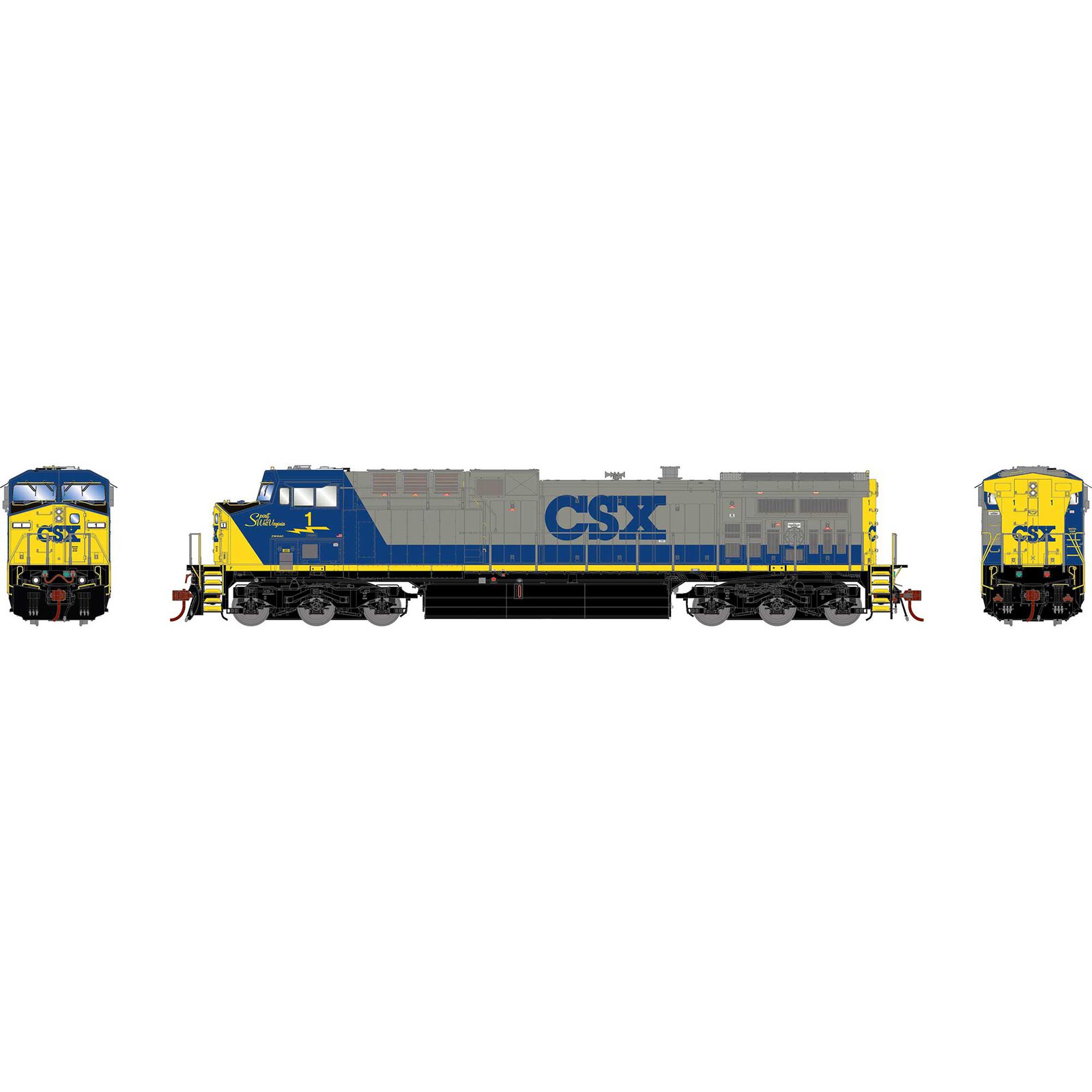 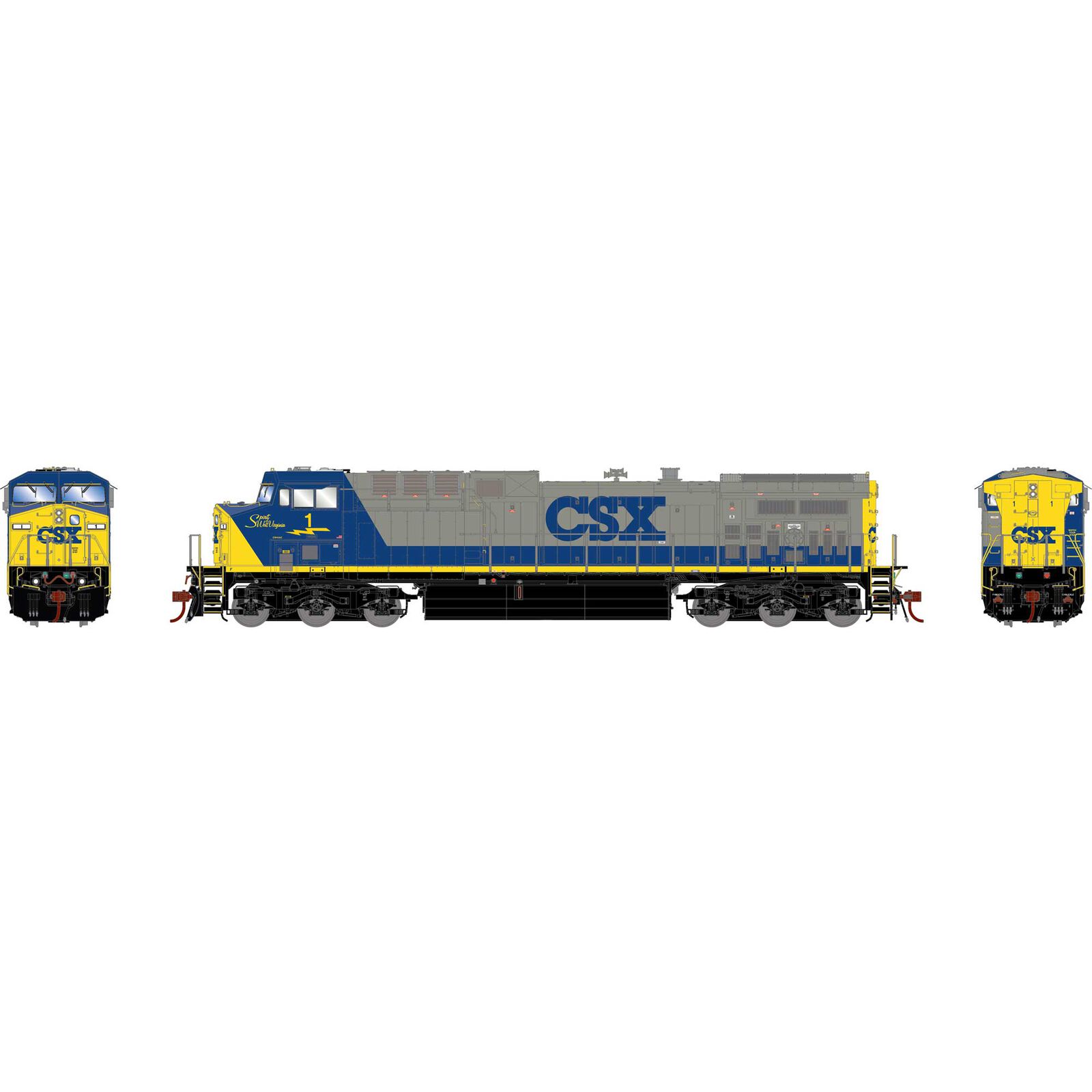 CSX purchased more AC4400CWs than any other railroad, spanning almost the entire production period. This includes three of the first six produced which have distinctive spotting features compared to all other units. A lightning bolt graphic was applied under the road number making these easy to identify as AC traction motors. Unique to CSX, all these units are equipped with hooks to carry a length of chain under the walkway.