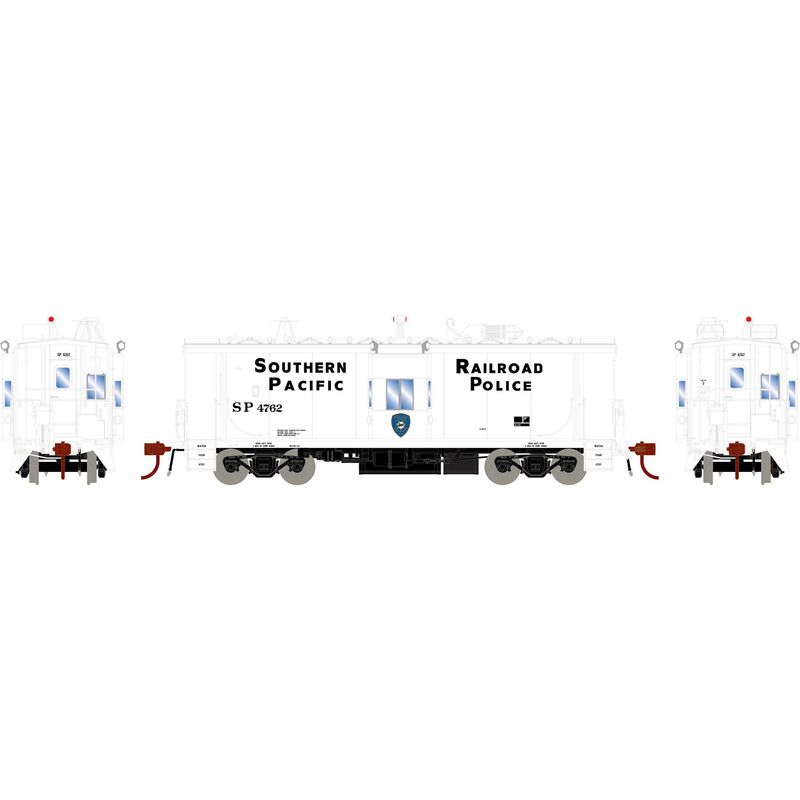 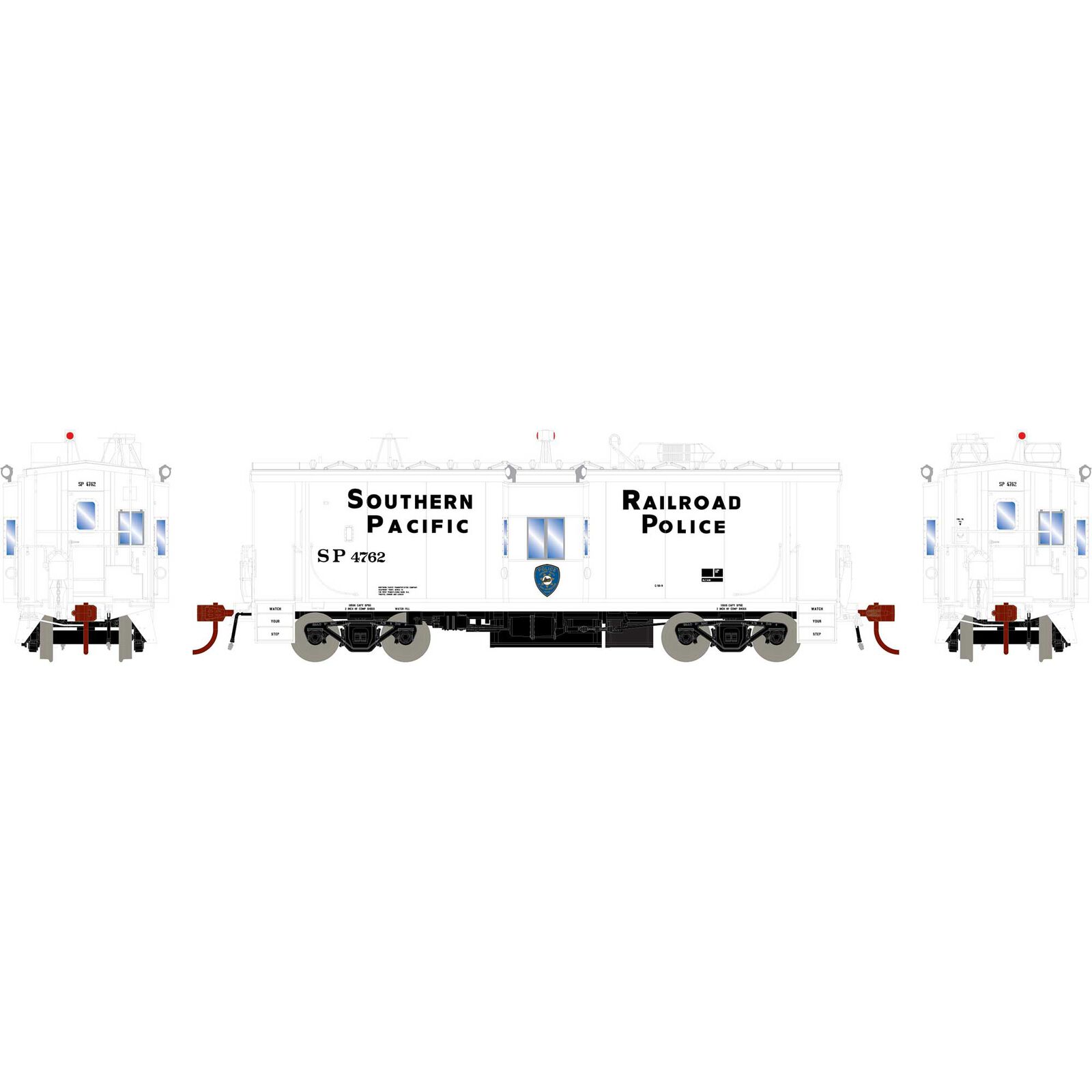 The link to HO Bay Window Caboose with Lights, SP Police #4762 has been copied

During the late 1980’s, SP was being targeted by people breaking into trains and stealing inner contents. To combat this, they retrofitted a few cabooses and even an old passenger car with special equipment, and assigned with special agents to ride in them in hopes of catching the thieves.

During the mid-1980’s the SP and Santa Fe unsuccessfully attempted to merge. They even designed a common paint scheme for their locomotives and cabooses that was applied to many locomotives, but only to a few cabooses. SP only painted one, #4726, in this ill-fated paint scheme.