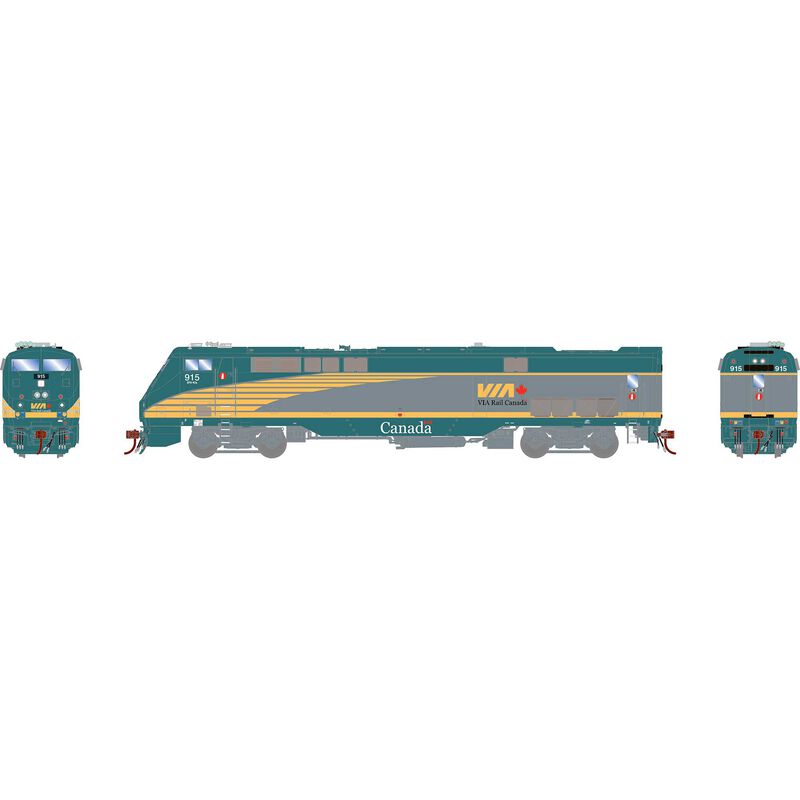 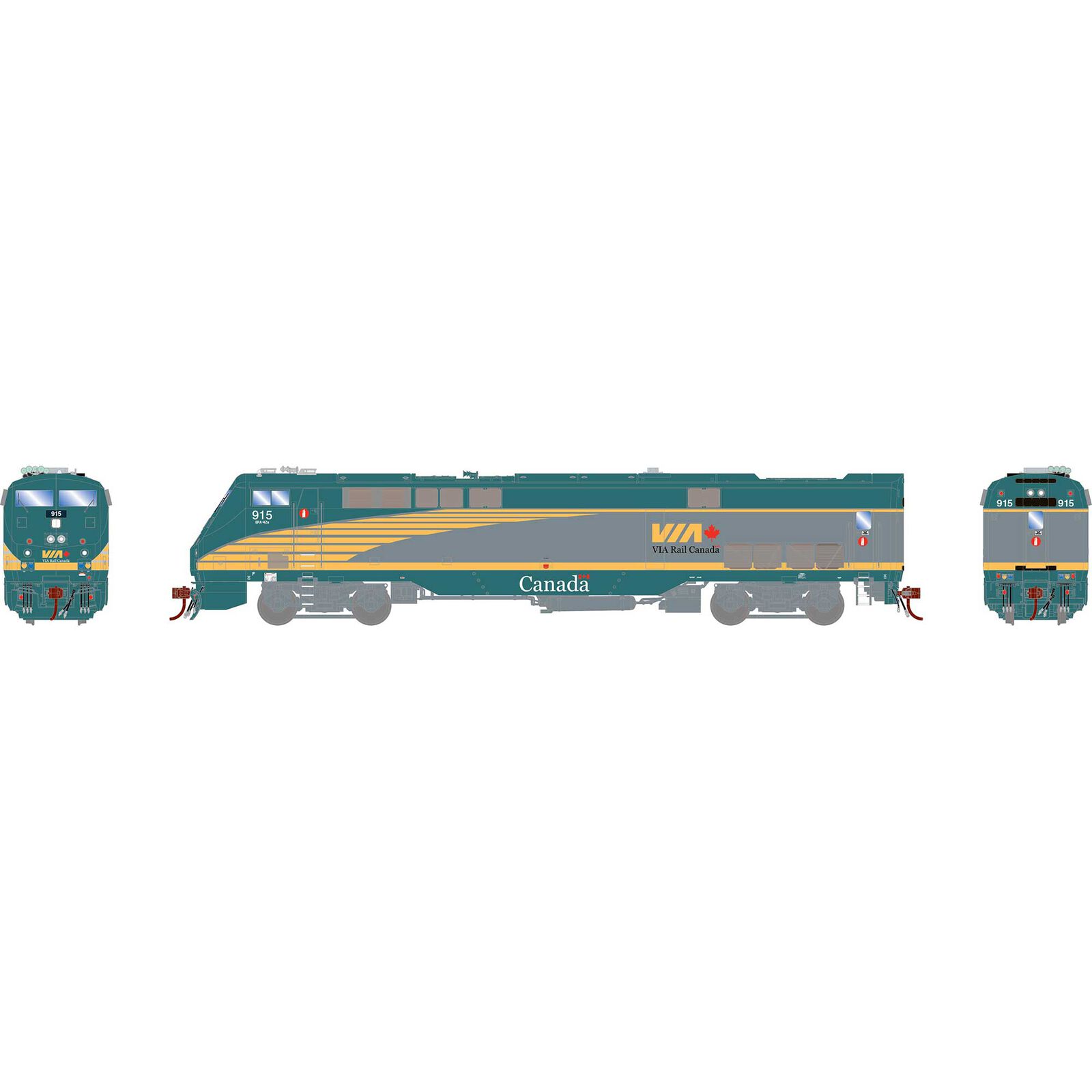 In 2015, VIA started to repaint their fleet of P42’s into this vibrant teal/green scheme. During this time, they had an extra bright front light added to the nose to help with visibility. The photo below shows the version before the addition of the light.