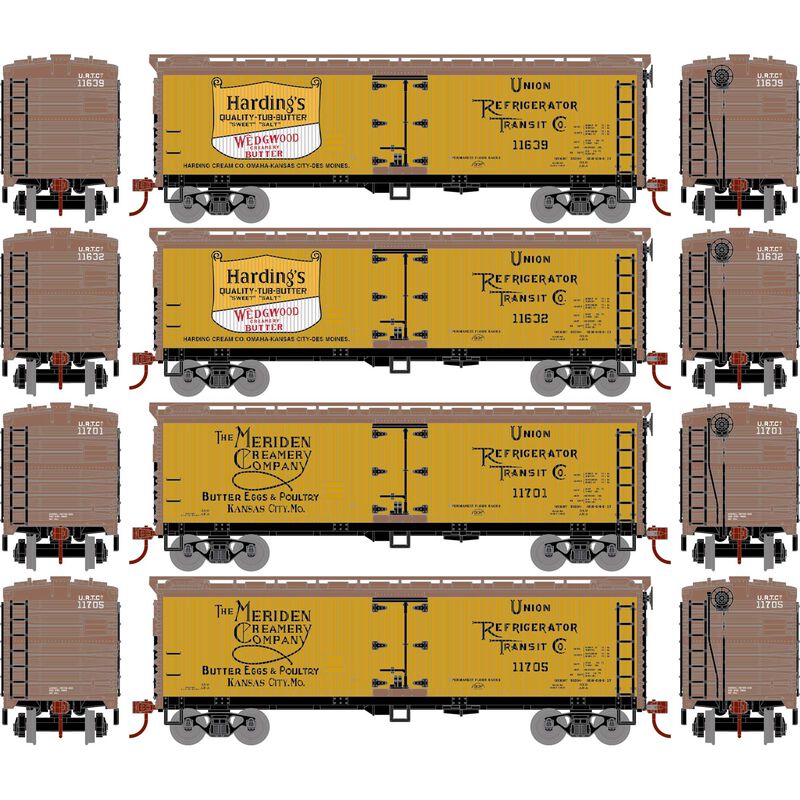 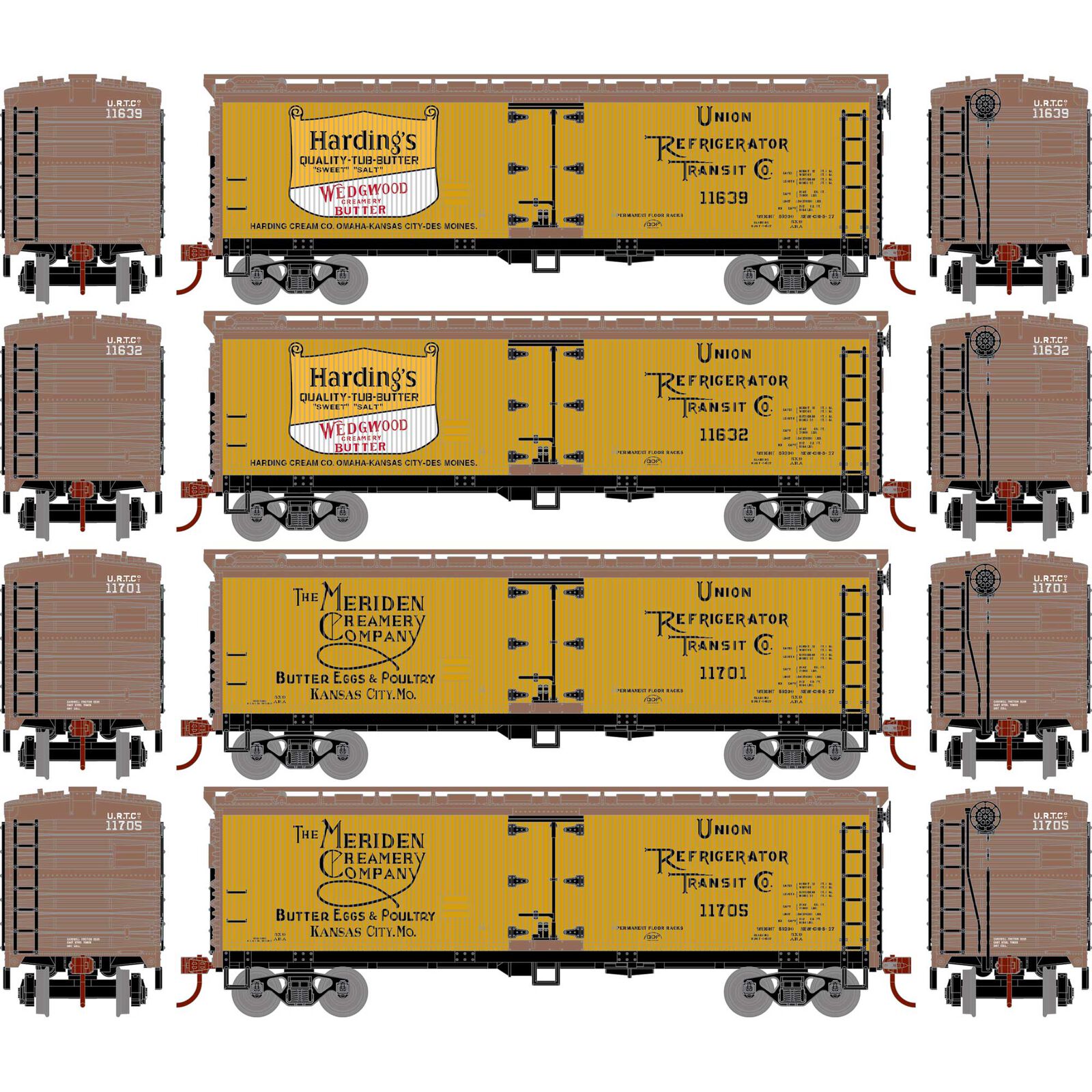 Share
The link to HO 40' Wood Reefer, UTRX (4) has been copied
Email when back in stock

The use of ice to refrigerate and preserve food dates back to prehistoric times. Through the ages, the seasonal harvesting of snow and ice was a regular practice of many cultures. By the turn of the 20th century, manufactured ice became more common. The Pacific Fruit Express (PFE), for example, maintained seven natural harvesting facilities, and operated 18 artificial ice plants. At the industry’s peak, 1,200,000 tons of ice was produced for refrigerator car use annually.

A late-19th century wood-bodied reefer required re-icing every 250 miles (400 km) to 400 miles (640 km). The typical ice-bunker reefer from the 1920s were originally constructed with wood sheathing. Later, these early wood constructed cars would be replaced with steel constructed cars with plywood interiors by the 1940s. Vents in the bunker at the end of the car, along with slots in the wood floor racks, allowed cool air to circulate around the contents.