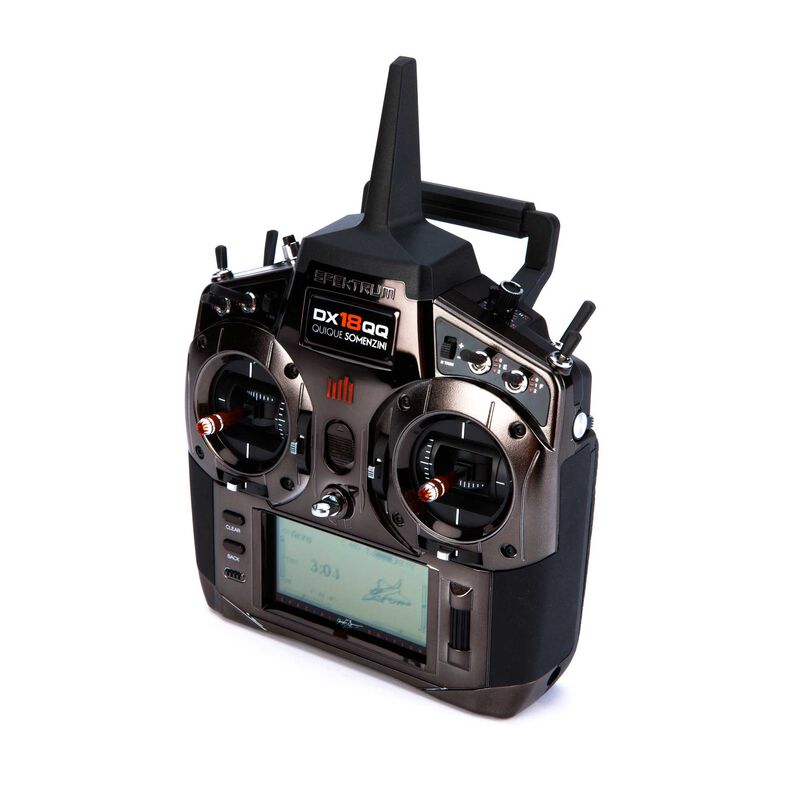 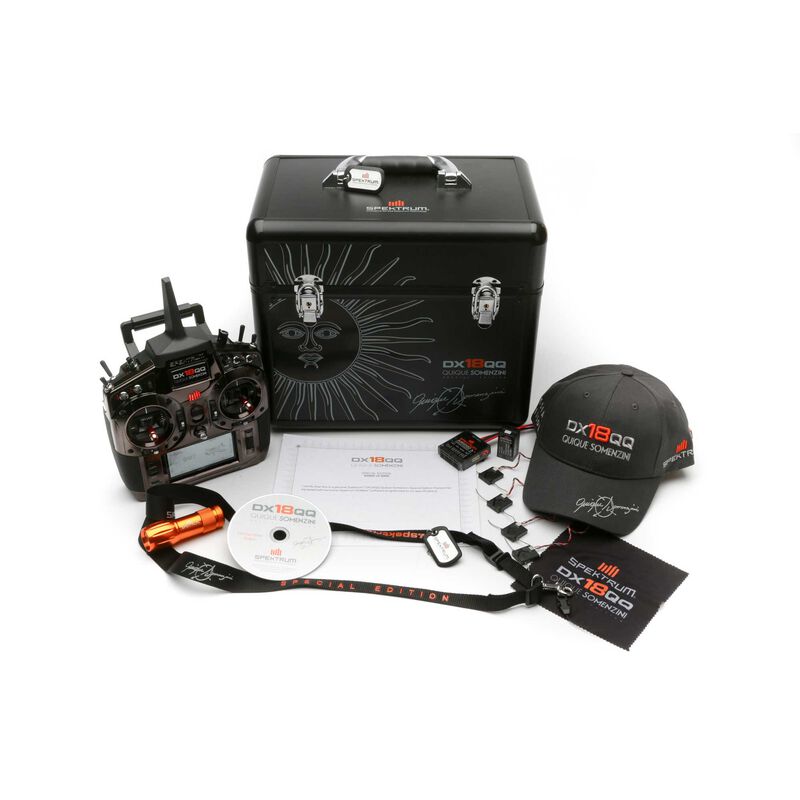 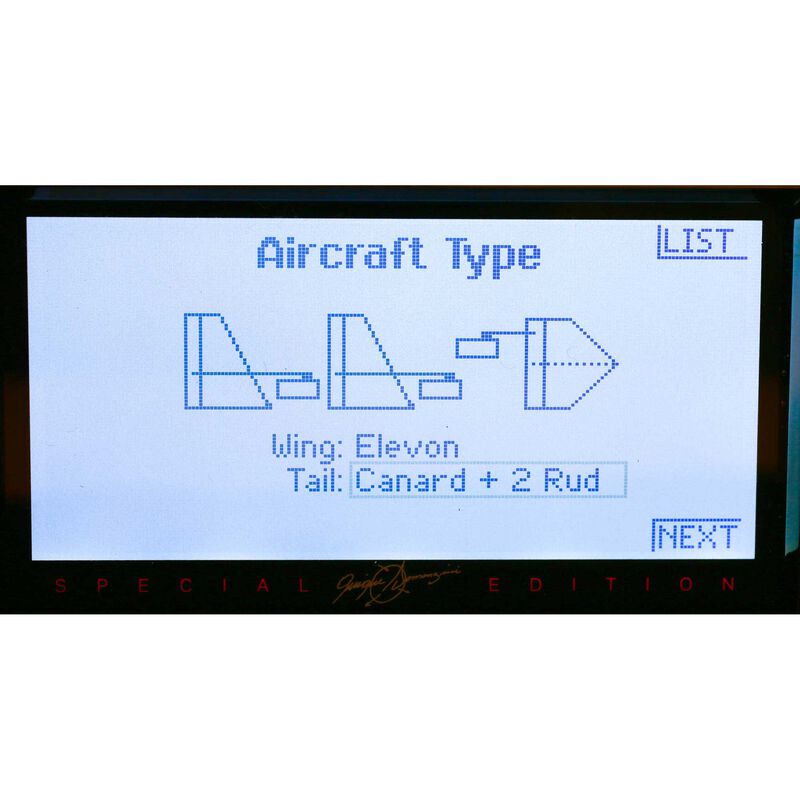 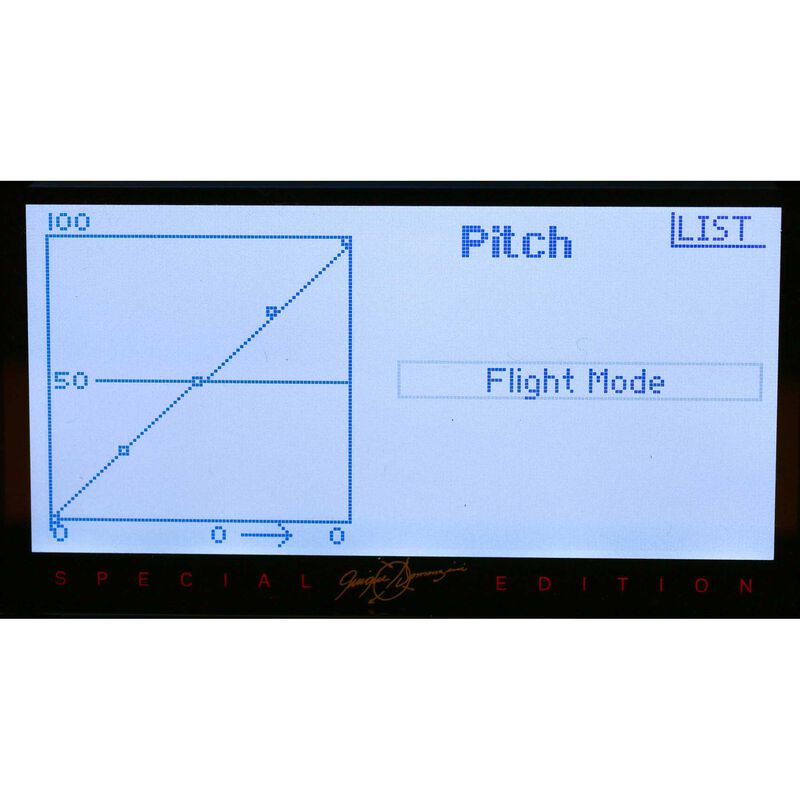 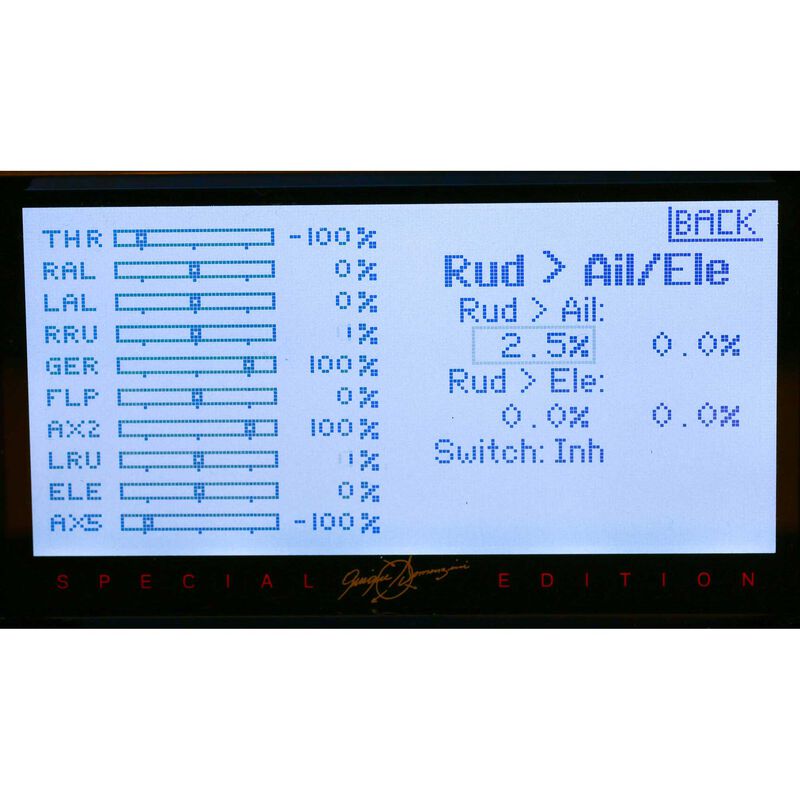 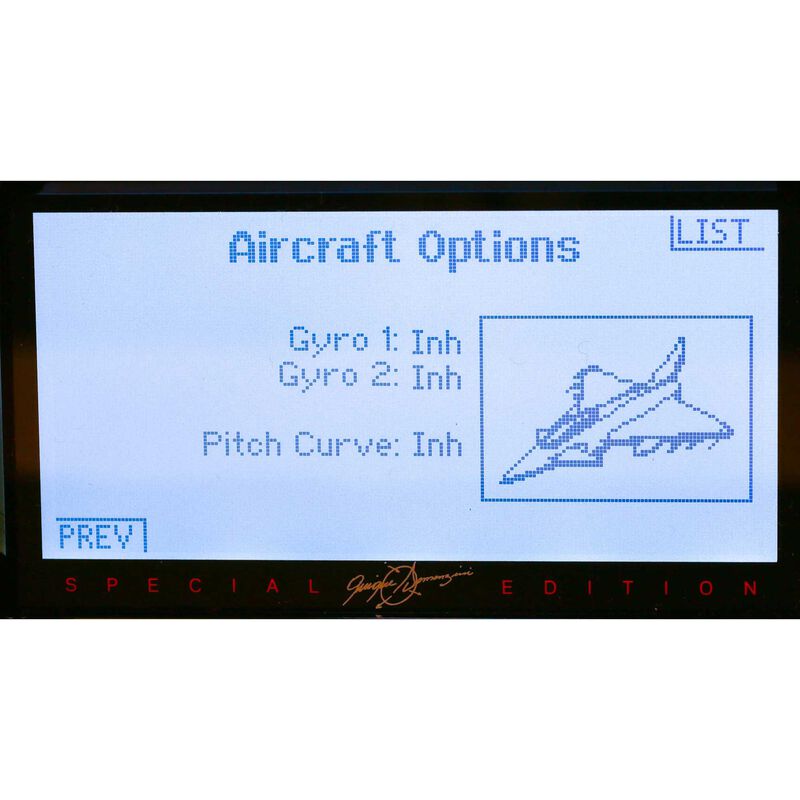 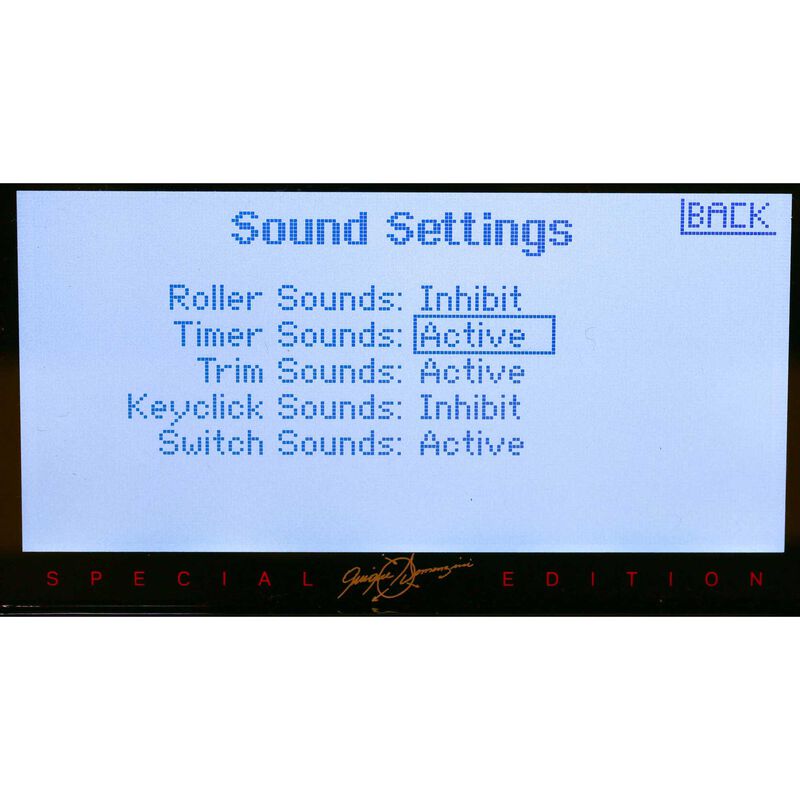 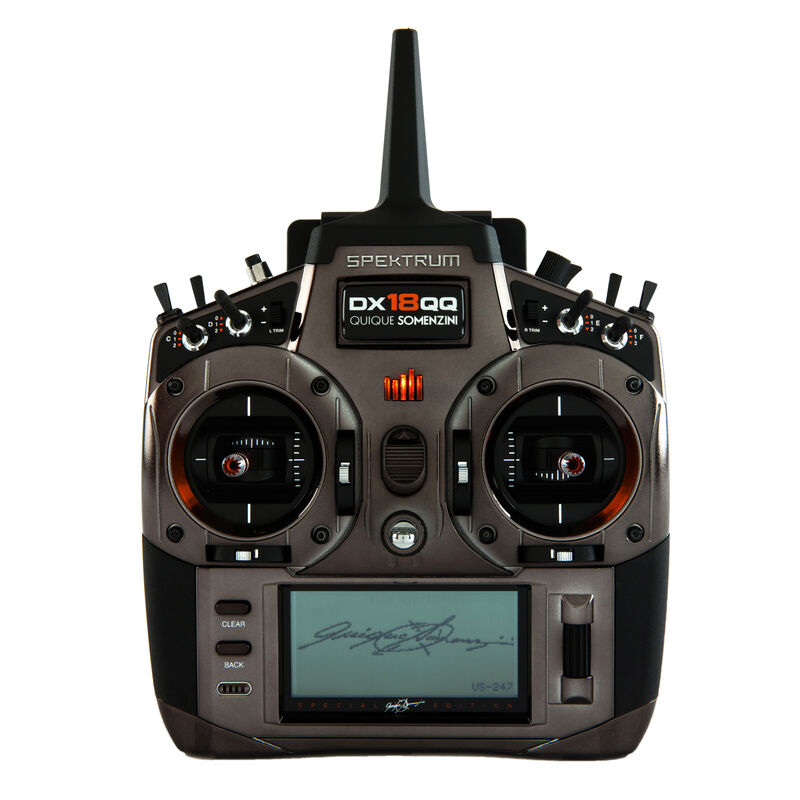 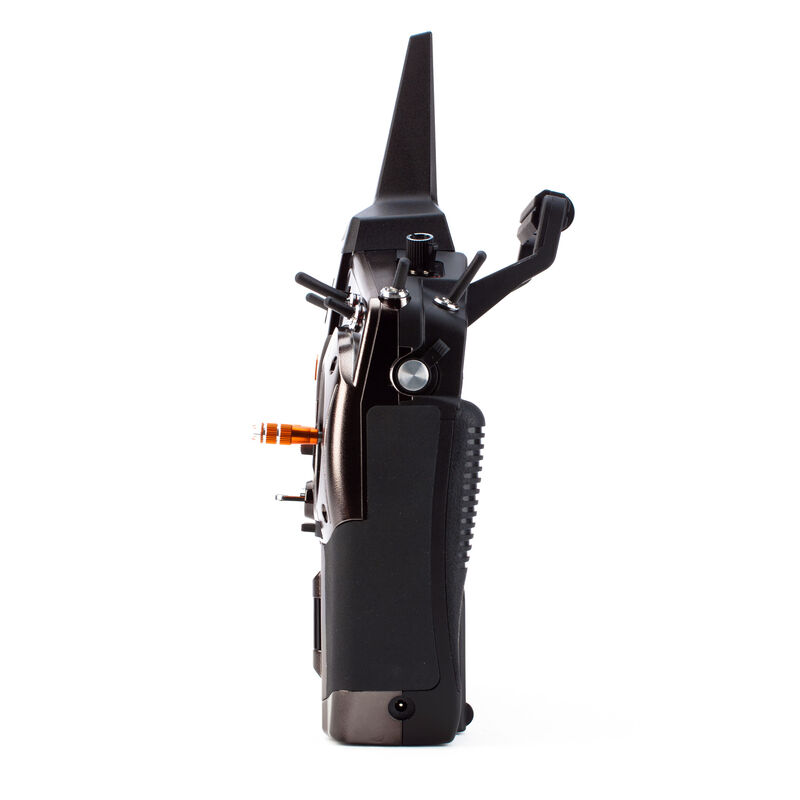 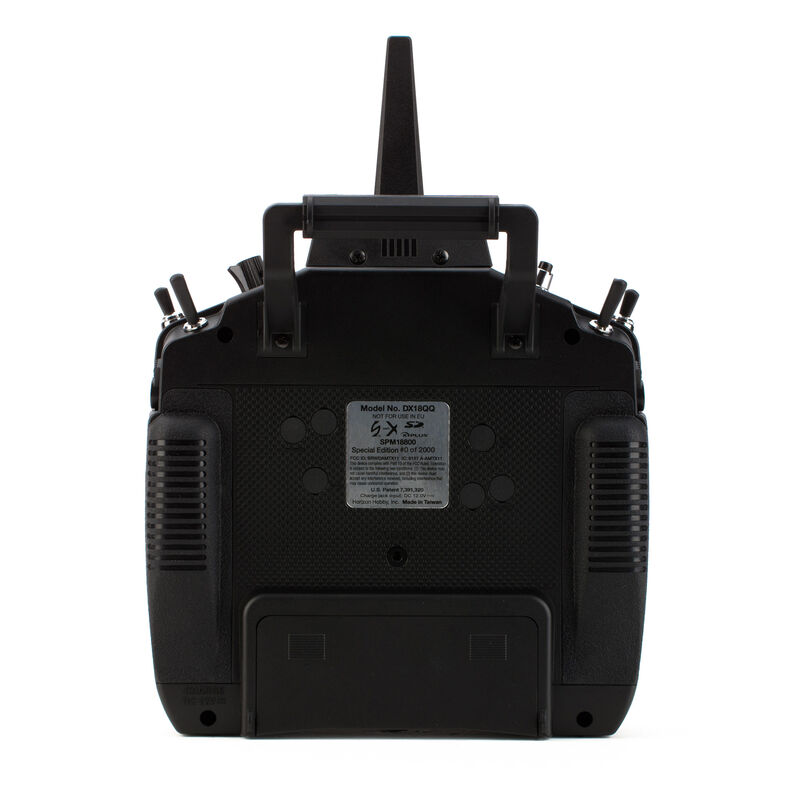 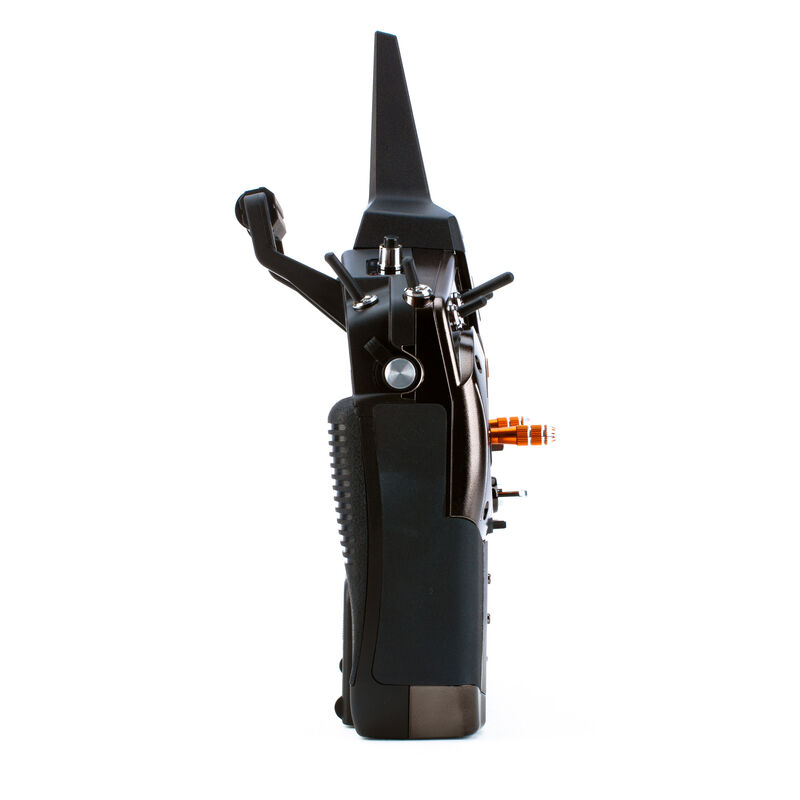 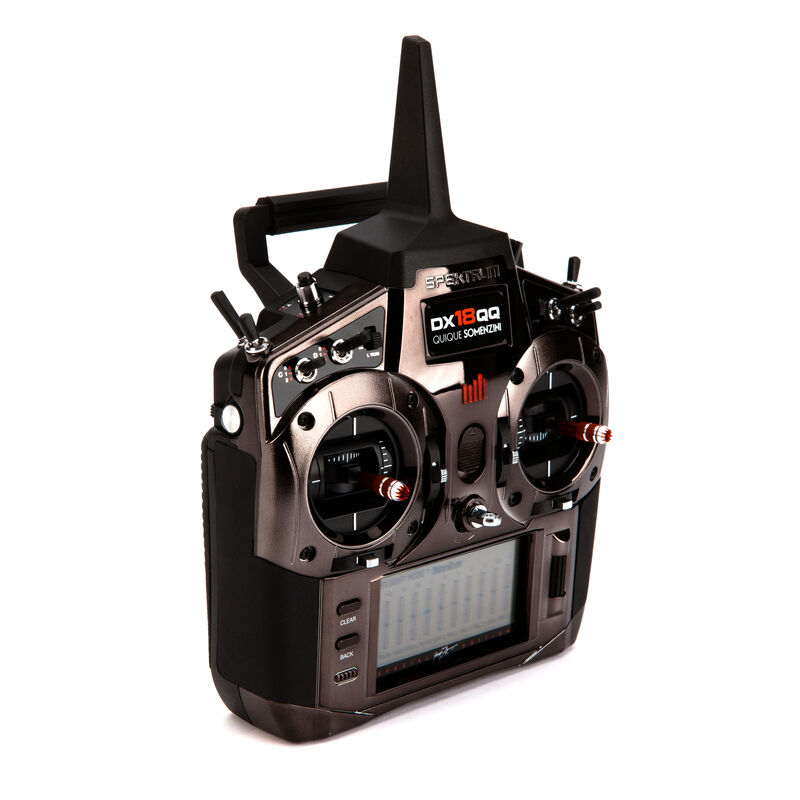 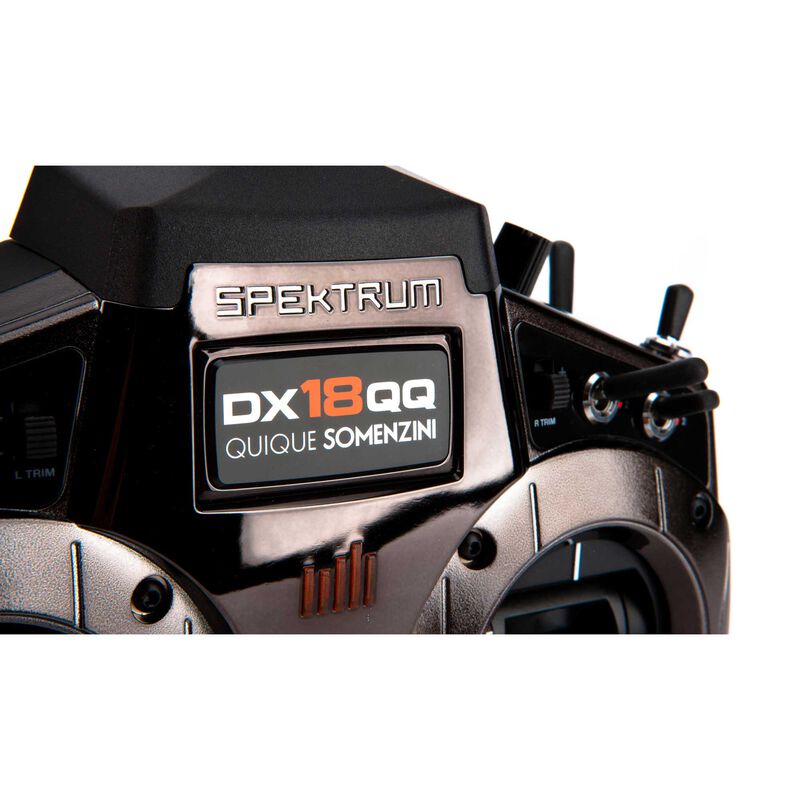 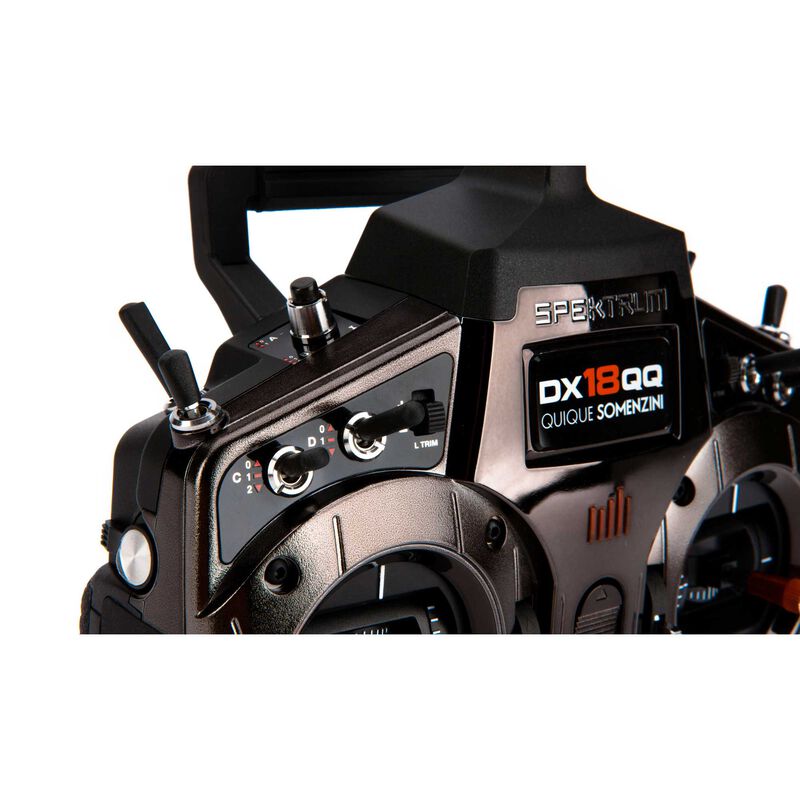 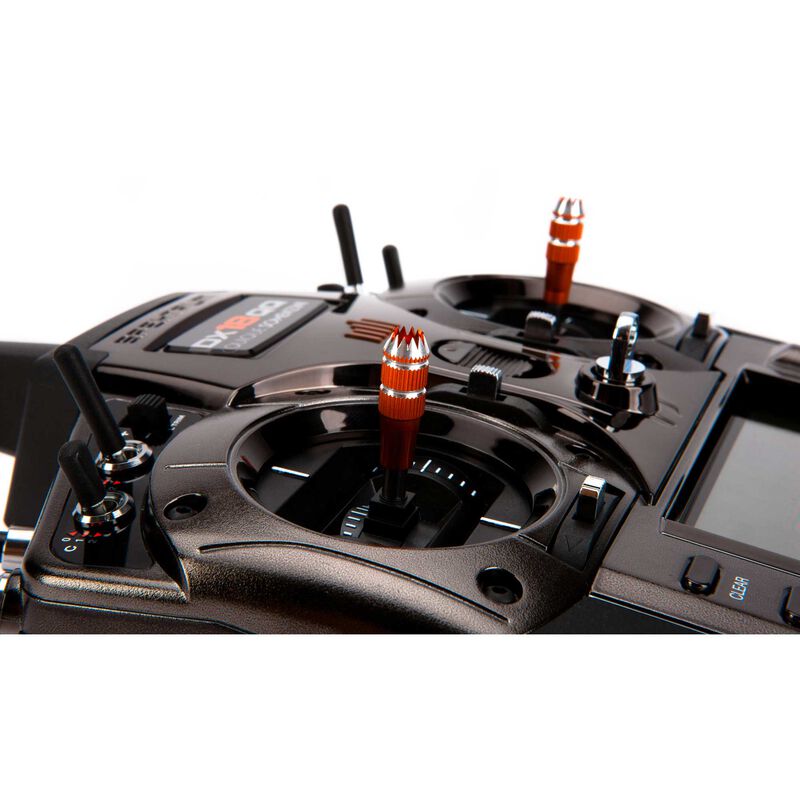 Item No. SPM18800
This Item is No Longer Available

In addition to the unparalleled programming options all DX18 transmitters possess, the DX18QQ comes with these exclusive features:

Instead of entering the Function List to view the Monitor screen, you can scroll to it directly from the Main screen using the SimpleScroll™ interface.

Switch between Function List and System Settings menus without having to power off the transmitter.

Setting up aileron servos for a Giant-Scale model is even easier with the pre-programmed, 6-servo wing setup that has been added to the airplane wing types.

Activate or inhibit specific system sounds without affecting others. L

A 7-point pitch curve can be activated for airplanes equipped with variable-pitch propellers.

Choose to limit the master input of a mix to the stick position of the elevator, aileron or rudder.

Mixing values of less than 10% can be adjusted in 0.5% increments, giving you a greater degree of freedom when fine-tuning control response.

Canard options (1- and 2-servo) are available under airplane tail types when you select the elevon wing type. 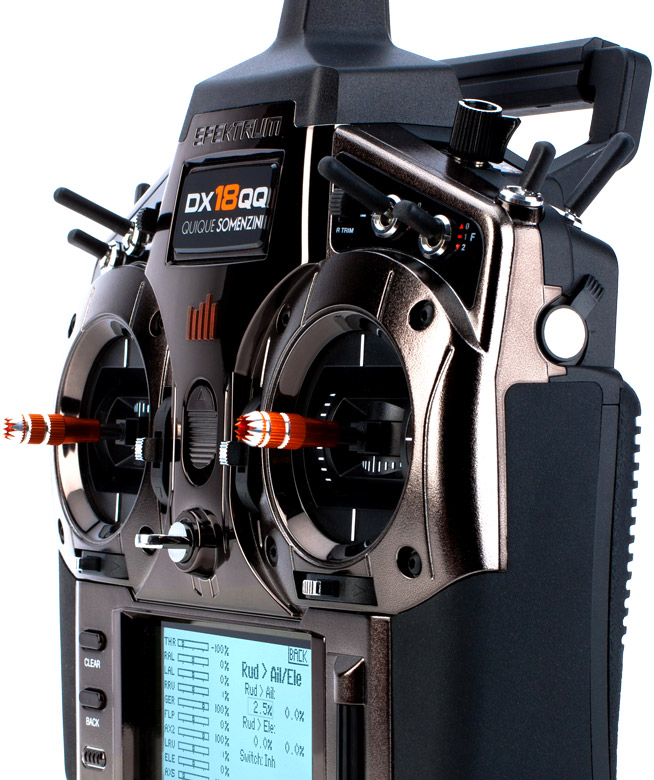 A variety of model avatars are available for all three model types. This lets you choose an avatar that more closely matches the appearance of the model you have saved in memory.

You can assign in-flight gain adjustment to either of the levers on the side of the transmitter, the right knob or one of the auxiliary trim switches.

Max Out Your Functions.

The DX18QQ comes with a Spektrum™ AR12120 12-channel receiver and an X-Plus™ 8 channel expansion module. Simply plug the X-Plus 8 module into the AR12120 and bind the combination to the transmitter. This will allow you to take advantage of all 18 fully-proportional channels right out of the box.

It began in Argentina with his father, Mario. Throughout the late 1970s, Mario Somenzini was the reigning F3A Champion of Argentina and most of South America. As a boy, Quique would spend hours with his father at the flying field cleaning airplanes, watching and learning. It paid off.

In 1976, Quique made his first RC solo flight at the age of nine. Just three years later, he followed in his fathers footsteps and won his first Argentina F3A National Championship. That same year he had the privilege of representing his country at the F3A World Championships in South Africa. He didnt win, but he did set a record of sorts as the youngest pilot ever to compete for an F3A world title a record that still stands today.

In the years that followed Quique won a host of other titles, including 17 more Argentina F3A national championships, four U.S. F3A national championships, four first-place TOC finishes and one F3A world championship. But if you ask him, there is one RC title Quique cherishes above all others "The Father of 3D". Around the world, RC pilots point to his pioneering efforts in perfecting the art of flying aerobatics beyond the stall as the birth of 3D aerobatics.

Today, Quique Somenzini remains one of the most dynamic figures in RC flight, one who will be shaping the future of the sport for years to come. 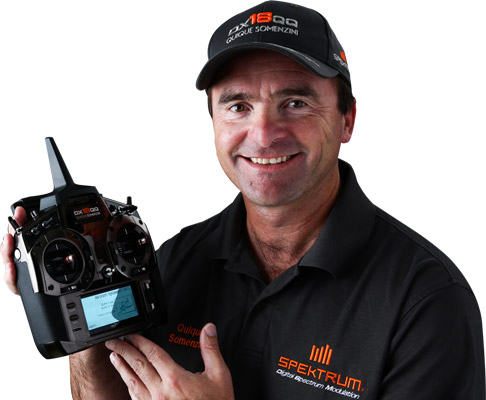 In addition to exclusive software features and a custom finish, the DX18QQ comes with an impressive array of limited edition accessories.

From pioneering the sport of 3D aerobatics to shaping the future of RC aircraft design, Quique Somenzini is one of the most influential forces in the world of model aviation. This stunning DX18QQ Limited Edition transmitter, of which only 2,000 have been made, is one more testament to his relentless pursuit of excellence.

In addition to the unparalleled capabilities all DX18 transmitters possess, the DX18QQ comes equipped with exclusive software features and ergonomics shaped by Quique’s decades of RC experience and know-how.

Register for software updates and get the latest enhancements here.

The DX18 transmitter is not compatible with the Spektrum AR6000/BR6000 receiver.

Attention: Horizon Hobby has confirmed that all Spektrum Products being sold by KoKo Technology are counterfeit. We consider it a danger to use these products, waive all liability and will not support any warranty or service in regards to them.