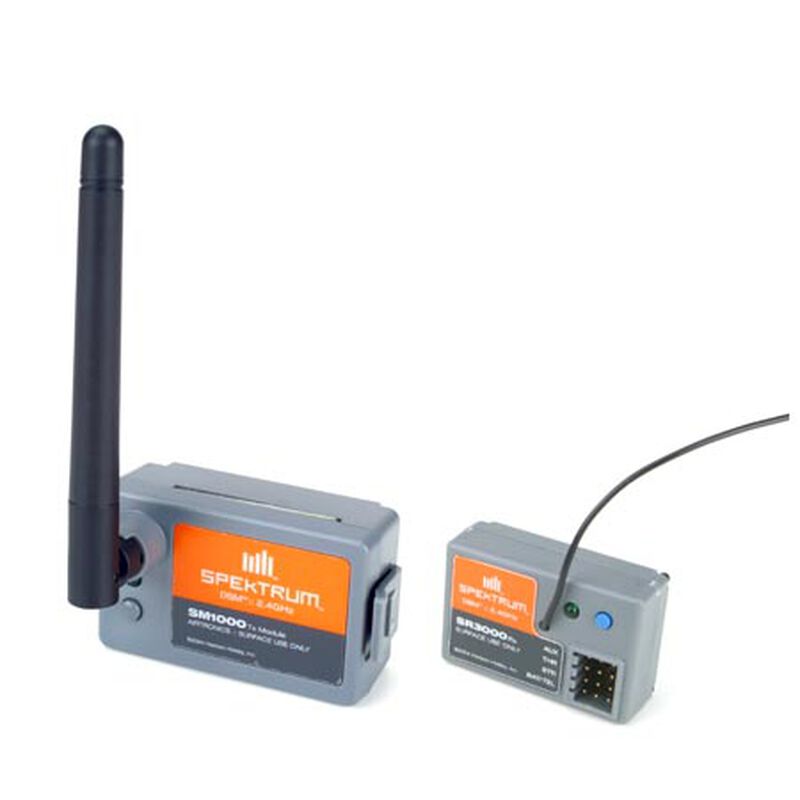 Calling Spektrum's DSM System 'revolutionary' just doesn't say it.
DSM is nothing less than a quantum leap in RC technology that will change forever how you communicate with your car or truck.

DSM is Digital Spectrum Modulation—a purely digital RF link between transmitter and model that is based on Direct Sequencing Spread Spectrum technology. It operates within the ultra-high 2.4GHz worldwide ISM band, provides unequalled signal resolution, and is immune to the most common forms of RF interference. It will even allow your model to “talk” back to you. It requires no crystals and completely frees you from ever having to monitor frequency usage again. Best of all, with Spektrum’s DSM System you can literally plug this phenomenal technology into existing transmitters like the KO Propo EX-10 Helios.

The DSM System consists of a transmitter module and 3-channel receiver. Four versions of the system are available that include modules designed specifically for use with JR, KO, Futaba/Hitec or Airtronics 3-channel, module-based transmitters. No crystals or complex modifications are required. Just buy the DSM System for your transmitter, plug in the DSM module and install the lightweight DSM receiver in your car. All that’s left to do is spend a few seconds “binding” the receiver to the module and you’re ready to go. It’s that easy.
· The Spektrum DSM System provides an impenetrable digital RF link between a racer and his car that is impervious to all types of interference, including other radio systems, model generated interference or environmental interference from pagers, cell phones, etc.

· Collision Avoidance- The DSM system scans the 2.4Ghz band looking for an open channel. When an unused channel is found the system locks on that channel and transmits providing the following benefits:
- No more waiting for an open frequency
- No need to impound the radio
- Eliminates the need for a frequency board and frequency clips
- Interference for other radios is a thing of the past
- No crystals are needed

· 2.4ghz worldwide band is approved for international use. No need to change frequencies when traveling abroad

· The DSM system literally plugs into popular module based 3-channel transmitters allowing most racers to convert to DSM technology right away.

· No maintenance or tuning required (always stays in tune)

· Up to 79 users can simultaneously operate DSM systems