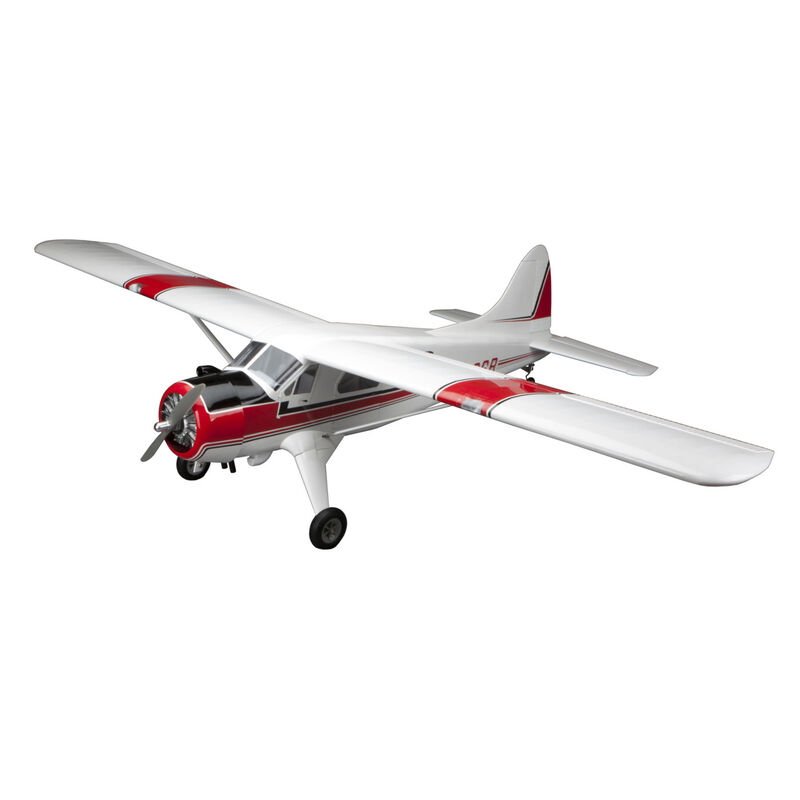 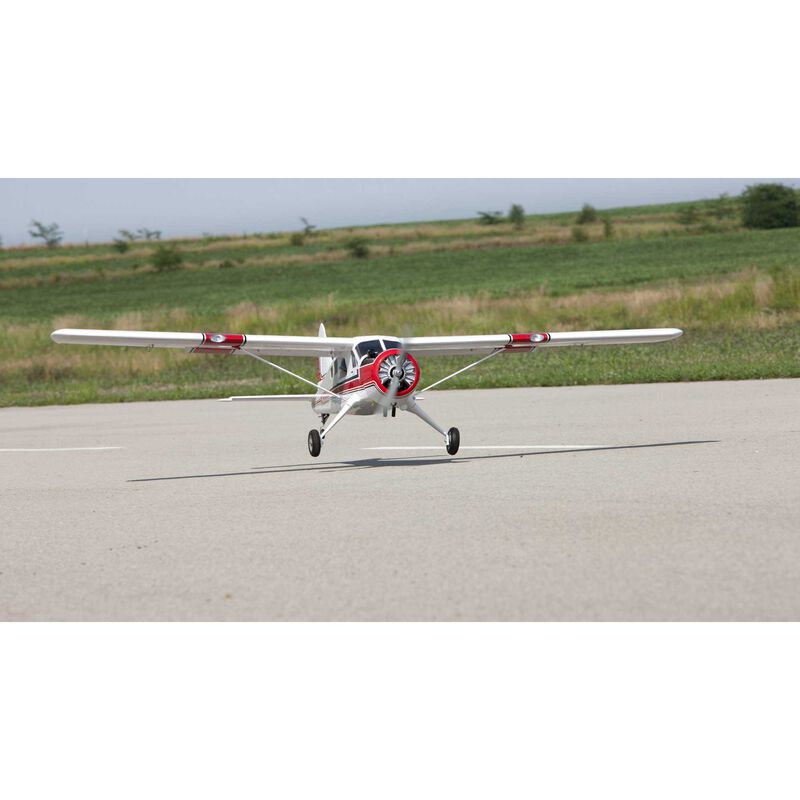 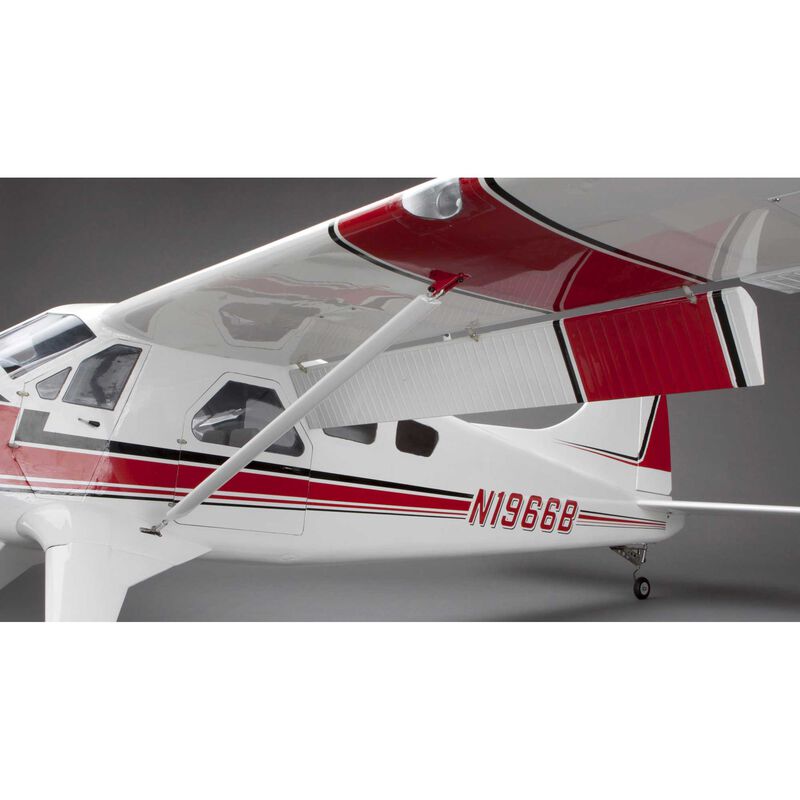 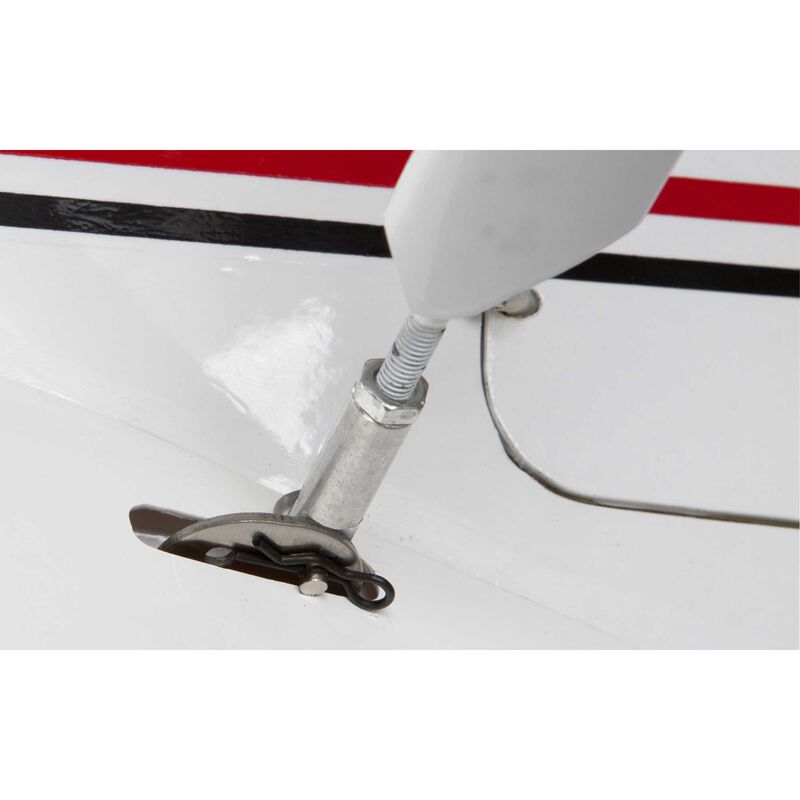 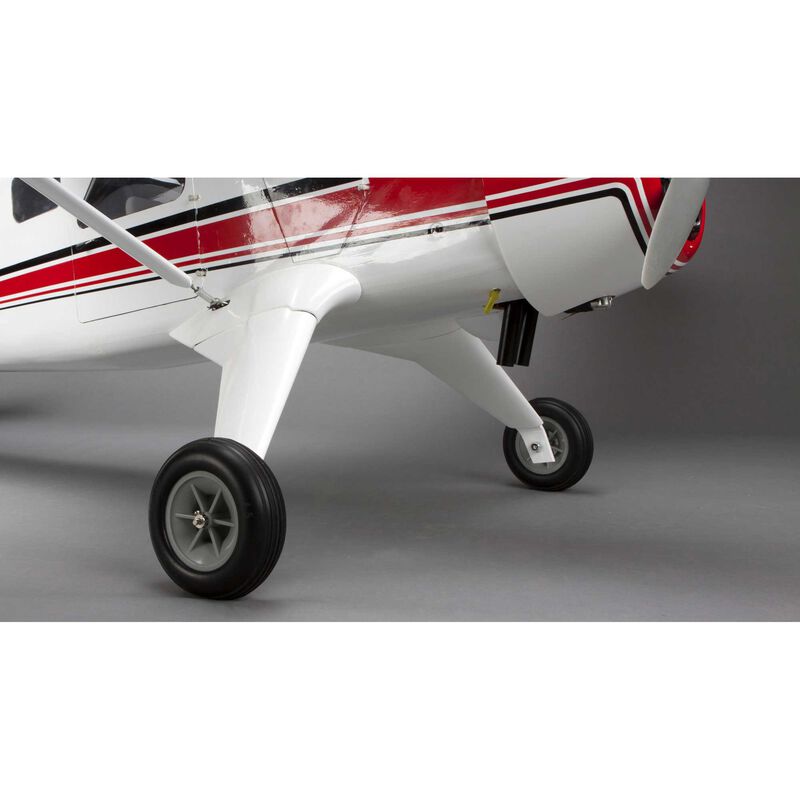 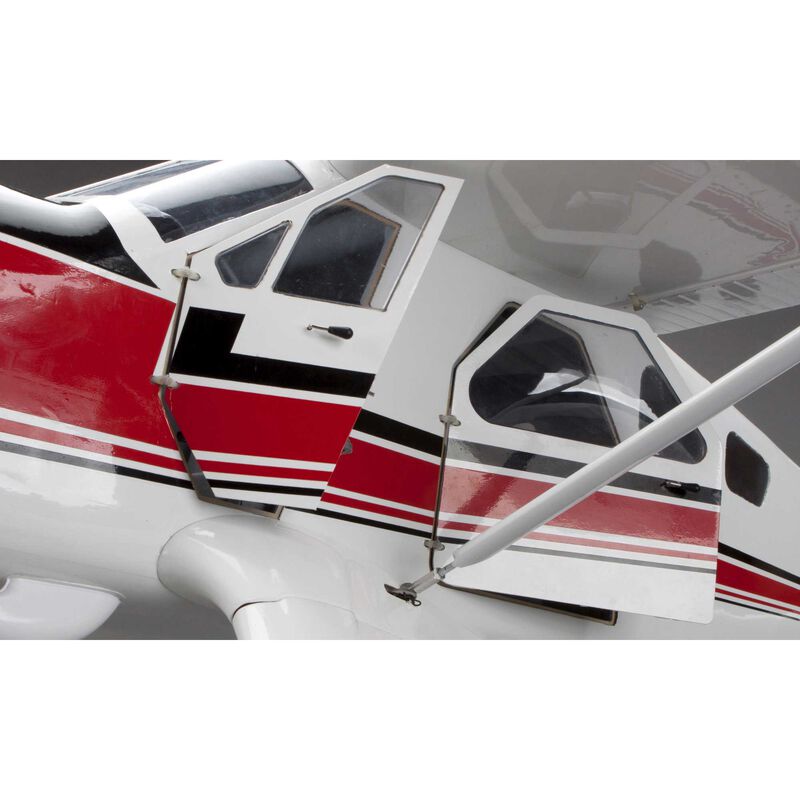 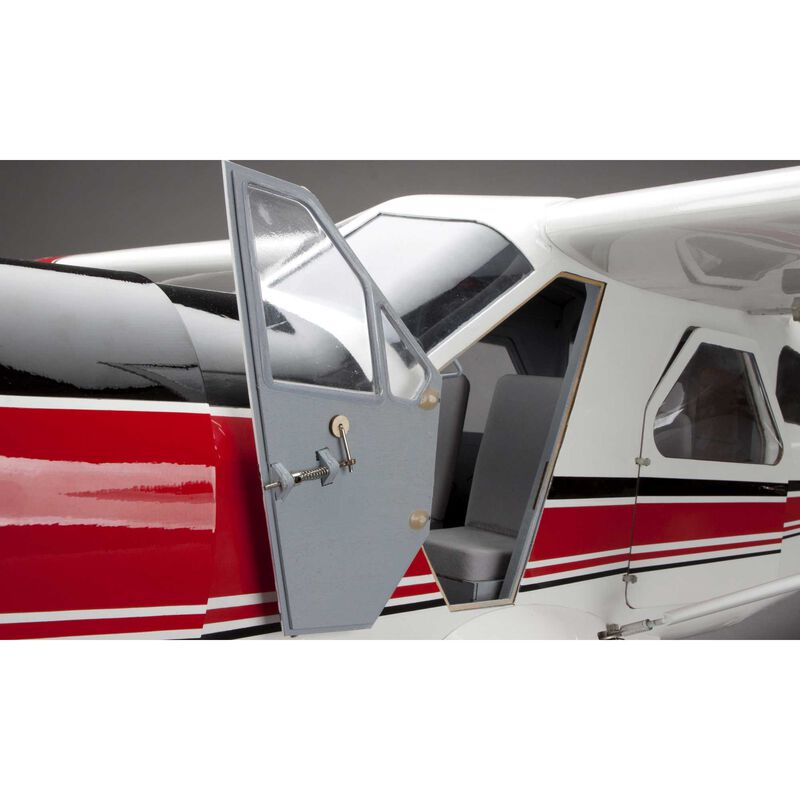 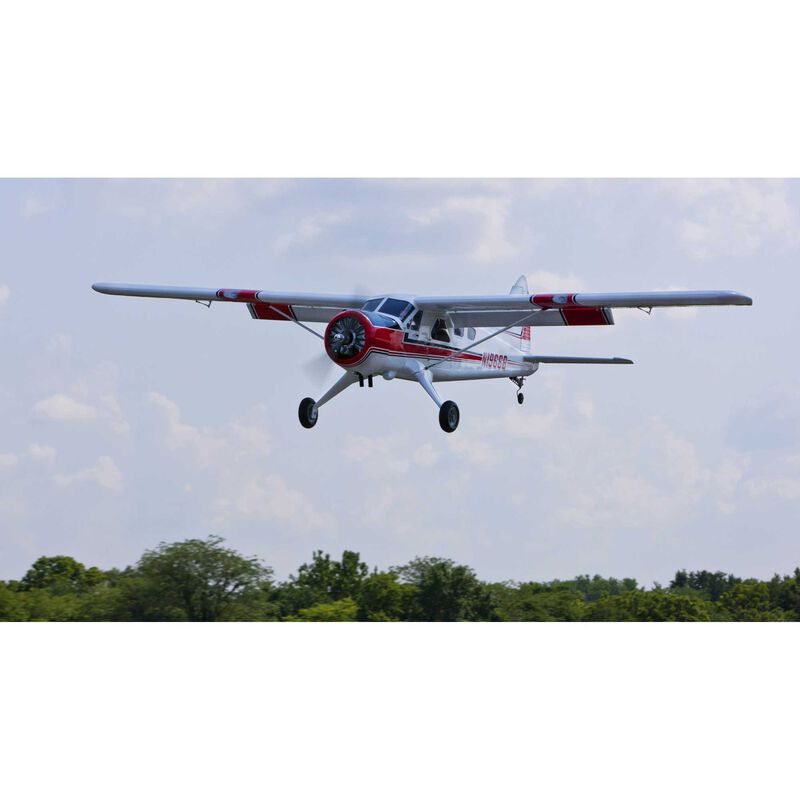 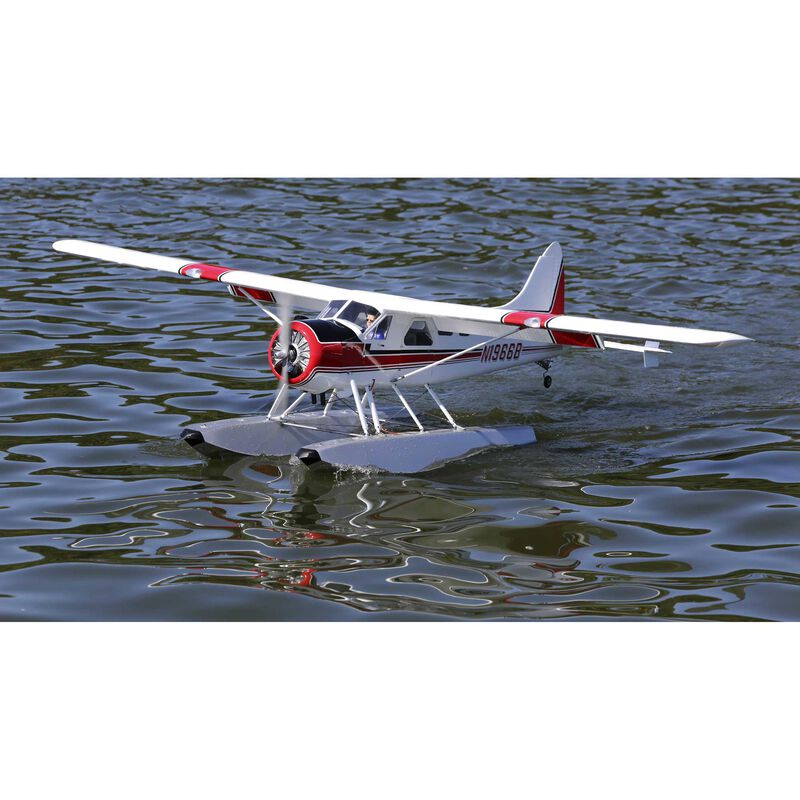 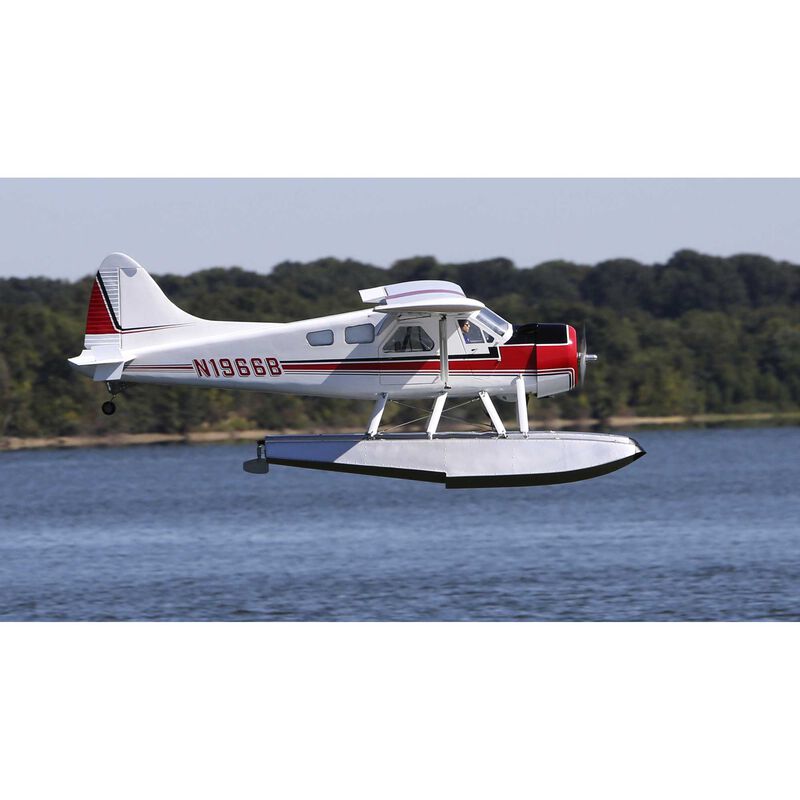 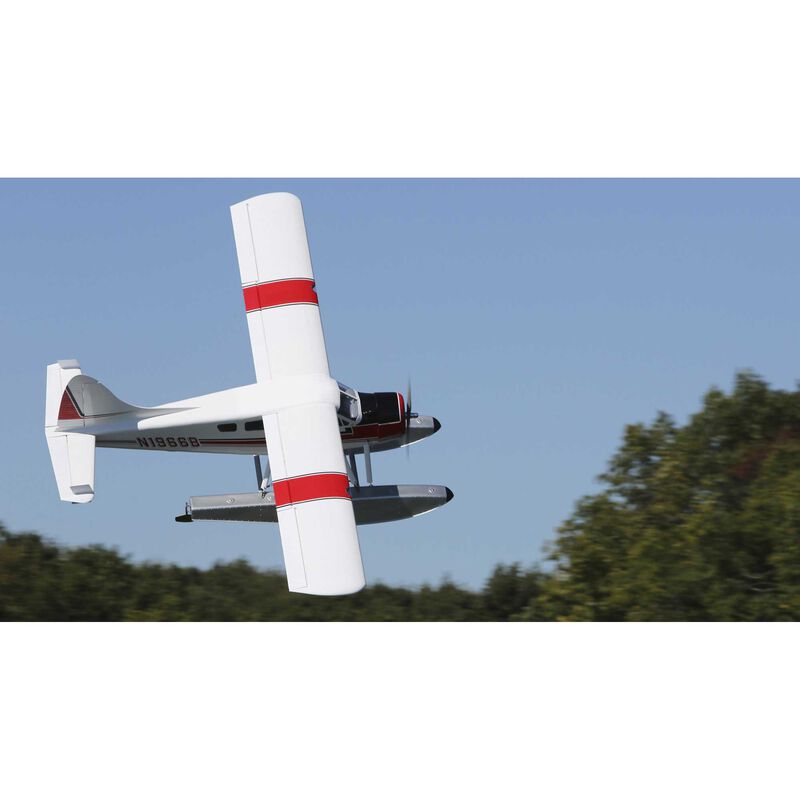 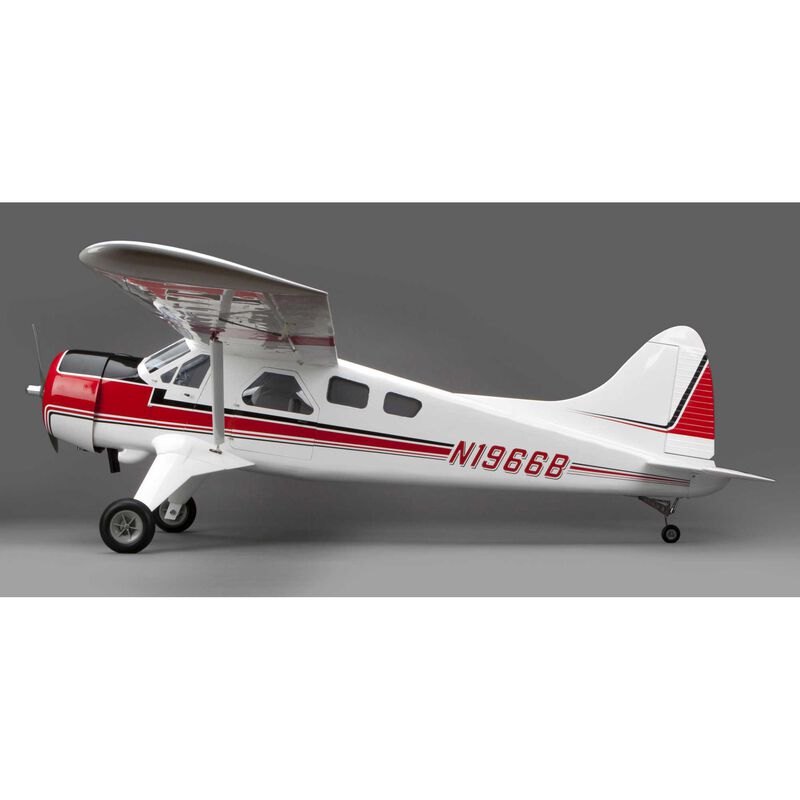 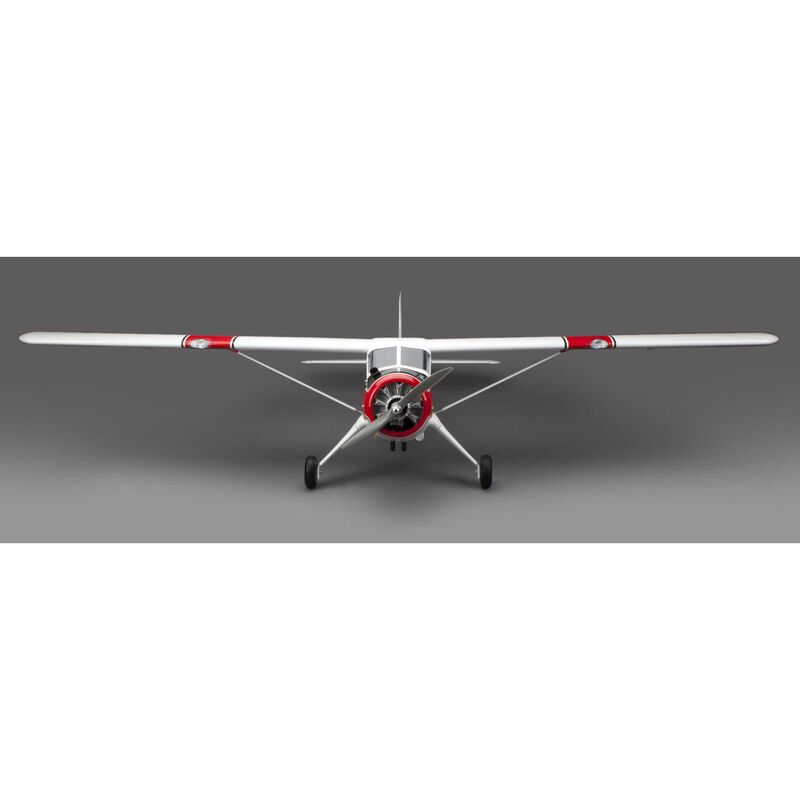 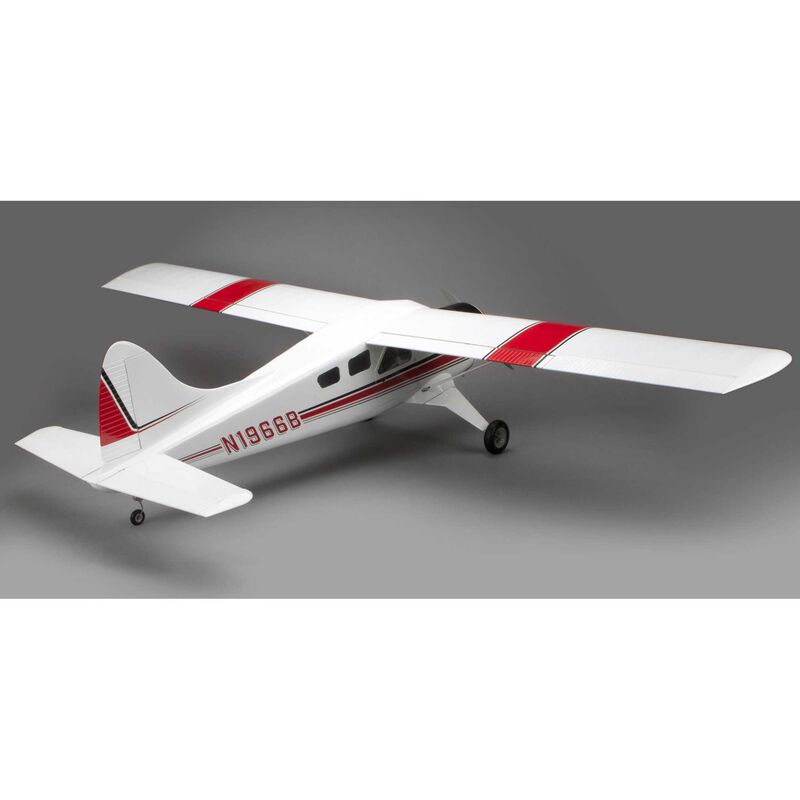 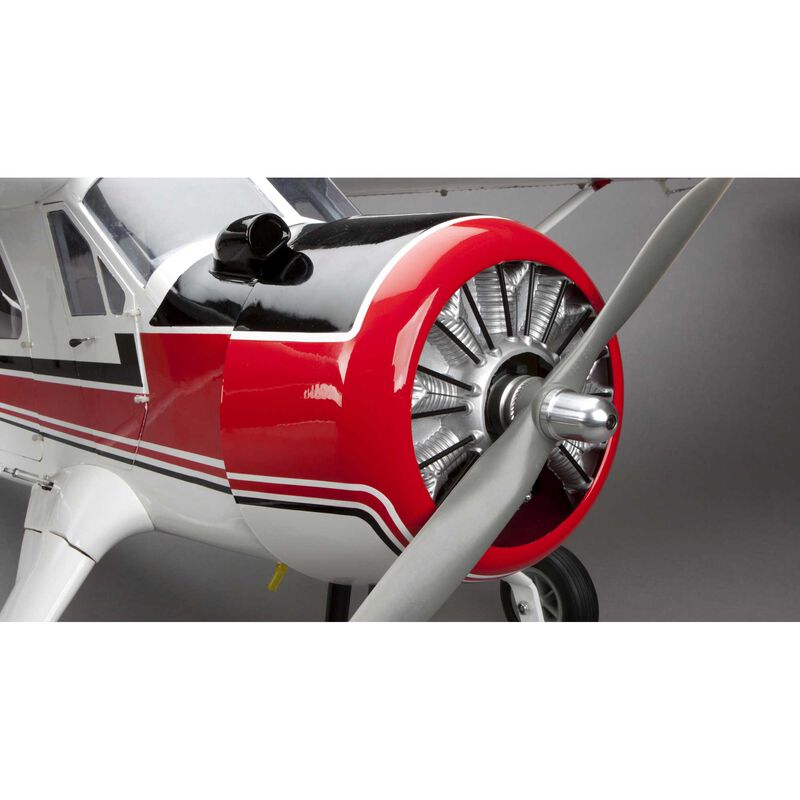 Item No. HAN4545
This Item is No Longer Available

Primarily known as a "bush plane," the de Havilland Beaver is distinguished for its ability to excel deep within territory where neither surface vehicle nor average pilot would venture lightly. The Hangar 9® DHC-2 Beaver 30cc ARF is built with the scale RC pilot in mind who wants a giant-scale model that's as versatile as it is realistic. Its impressive stance begins with a huge 110-inch wingspan, but you'll enjoy great performance using just a 30cc gas engine. Construction is an evolution of Hangar 9 tradition where only the best materials in balsa and plywood are selected for use with our modern processes, form assembly, tab alignment rigidity and laser-cut part accuracy. The result is an aircraft in final form that has sacrificed the least amount of scale authenticity to achieve the best appearance and most especially flight performance.

The easy flying characteristics, plus the outstanding attention to scale detail and outline make the Hangar 9 DHC-2 Beaver 30cc an excellent model for first-time and expert giant-scale pilots alike.

The operational flaps offer short field operation and are a popular for intermediate and expert pilots who want to replicate full-scale performance.

Both sides of the fuselage feature scale-shape doors that open wide to allow generous access to the interior where included scale details such as pilot seats and an instrument panel can be found. We recommend the Hangar 9 1/5-scale civilian pilot figure for an accurate appearance in flight.

The radial cowl and landing gear fairings are painted to match the Hangar 9 UltraCote® covering. The sculpted shape of the wing tips is also replicated in fiberglass.

The two wing panels that make up the 110-inch wingspan slide on over an aluminum joiner tube and pin into the fuselage sides with rods and a nylon thumb-screw. Each airfoil shaped wing-strut adds to the structural support and secures in place with a quick-release mechanism. Each half of the horizontal stabilizer connects to the tail section with an aluminum joiner tube to provided support, assembly and storage options that make the DHC-2 easier to maintain and transport.

The all-wood airframe of the Beaver is finished in genuine Hangar 9 UltraCote covering which is well known for its durable finish, brilliant looks and ease of maintenance.

The DHC-2 Beaver 30cc can be converted into a float plane when you add the optional float strut set and floats (sold separately).

Powered by
4.4 star rating 13 Reviews
1 Questions \ 1 Answers
ask a question
write a review
(8) (2) (3) (0) (0)
Show all reviews
ask a question
write a review
Thank you for posting a review!
We value your input. Share your review so everyone else can enjoy it too.
share
share
share
Thank you for posting a review!
Your review was sent successfully and is now waiting for our staff to publish it.
Thank you for posting a question!
Please click on the link in the confirmation email we just sent you to submit your question.
Your question will appear on the site once someone answers it.
write a review
ask a question
Updating Results
Verified Reviewer
0.0 star rating
03/08/21
Review by Anonymous User
On
share ' Share Review by Anonymous User facebook facebook Share Review by Anonymous User twitter twitter Share Review by Anonymous User LinkedIn linkedin Share Review by Anonymous User
03/08/21
Was this review helpful? 0 0
E
Elis
5.0 star rating
04/13/15
Scale Beaver
Review by Elis on 13 Apr 2015 review stating Scale Beaver
This aircraft is already a great beauty, but I took it a step further and added some scale looks to it, like the Evolution 7 cylinder radial engine, and WOW this motor is something to behold. It really makes this plane just move to the next few levels of wow. The motor fits perfectly in the cowling though I don't have it on in the picture because I am still breaking the motor in. And if you decide to go with this motor, it does take some (a lot of) modification to the engine mount and firewall but totally worth it. I hope you enjoy your Beaver and if you can add the engine it is SaaaaaaaaWeeeeet!!!! 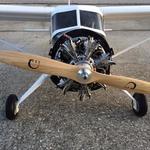 I now have a second Beaver which is going to have a DLE 40cc engine. The motor will be completely enclosed in the cowl. The carb is below the engine, not behind, which will eliminate the re-engineering. Hope to take it to the Shuswap Float Fly in BC, fall 2015 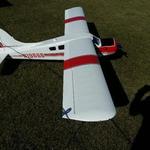 The DHC-2 increases the level of scale detail over previous kits by including full interior kit (dash, yokes, seats, etc.), fully functioning doors, as well as provisions for LED's with lens covers and more.

The flexible design of the engine/motor mounting system supports a wide range of choices. In fact, I have (2) kits, one fitted with a Tacon Bigfoot 160 on 10S and the other with the Saito FG-33R3 4-stroke gas radial. I enjoy the option to go to both electric only events as well as that allow gas.

I still enjoy my other planes, but have to say, the big Beaver is my favorite! 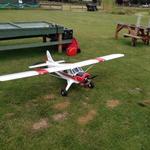