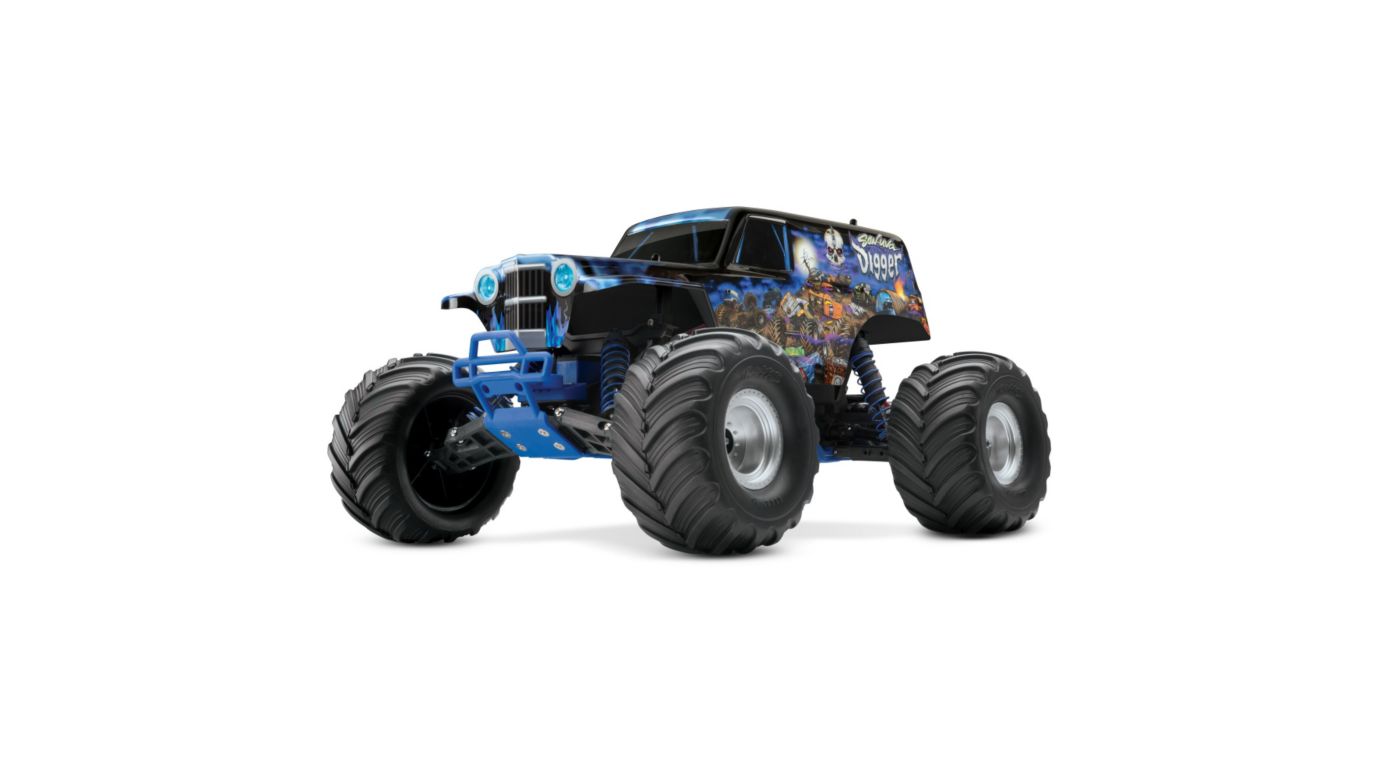 Traxxas, the Official Hobby Class Radio Control Truck of Monster Jam®, is proud to announce the release of Son-uva Digger®! The next generation is here, and the Traxxas replica brings all of the Grave Digger® heritage to a new generation of Monster Jam fans. Son-uva Digger has been a fan favorite since its debut at the 2011 Advance Auto Parts Monster Jam World Finals? where it completed a back flip that wowed the audience, and now fans can now try and reenact that moment at home!

Son-uva Digger is based upon the best-selling, proven-tough Traxxas Stampede 2WD electric monster truck, and is loaded with Traxxas’ most popular features. Exclusive waterproof electronics provide the freedom to drive where you want to drive through water, mud, snow, and other wet-running conditions that wouldn’t have been possible before. Oil-filled Ultra Shocks and long-travel independent suspension cushion the most extreme bumps and jump landings. The high-torque Titan 550 motor delivers wheelie-popping performance and speeds of 30+mph, while the metal-gear transmission, Torque-Control™ slipper clutch, and planetary gear differential keep the fun-rolling run after run for hours of Monster Jam excitement and off-road adventure.

4mm Nuts:Universal TRA1747
$2.00
This item is no longer available
Unavailable

Diaphragm Plastic:Universal TRA1765
$2.00
This item is no longer available
Unavailable

Body Clips:Universal TRA1834
$2.00
This item is no longer available
Unavailable