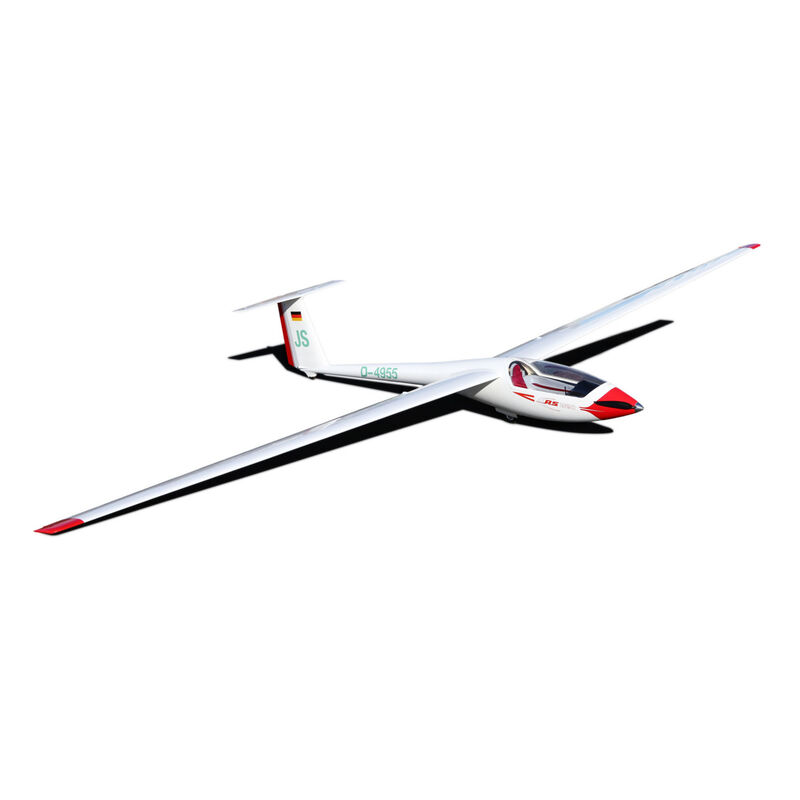 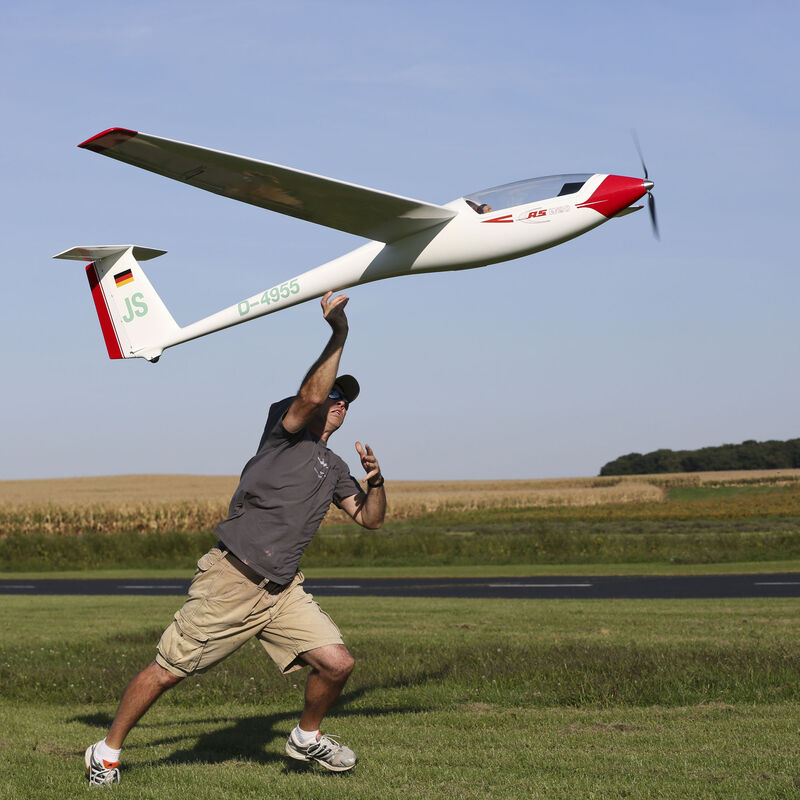 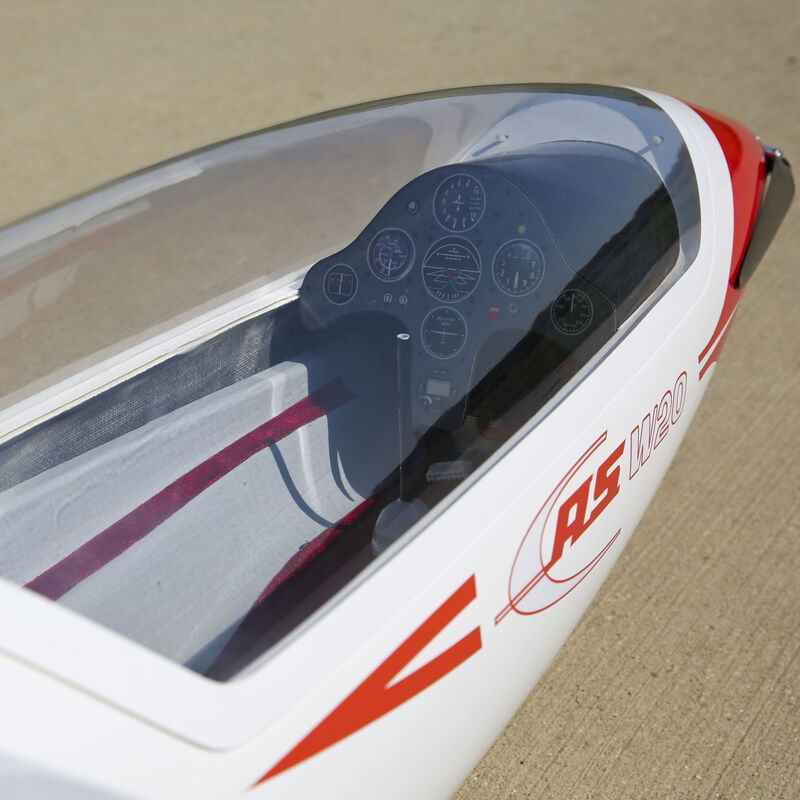 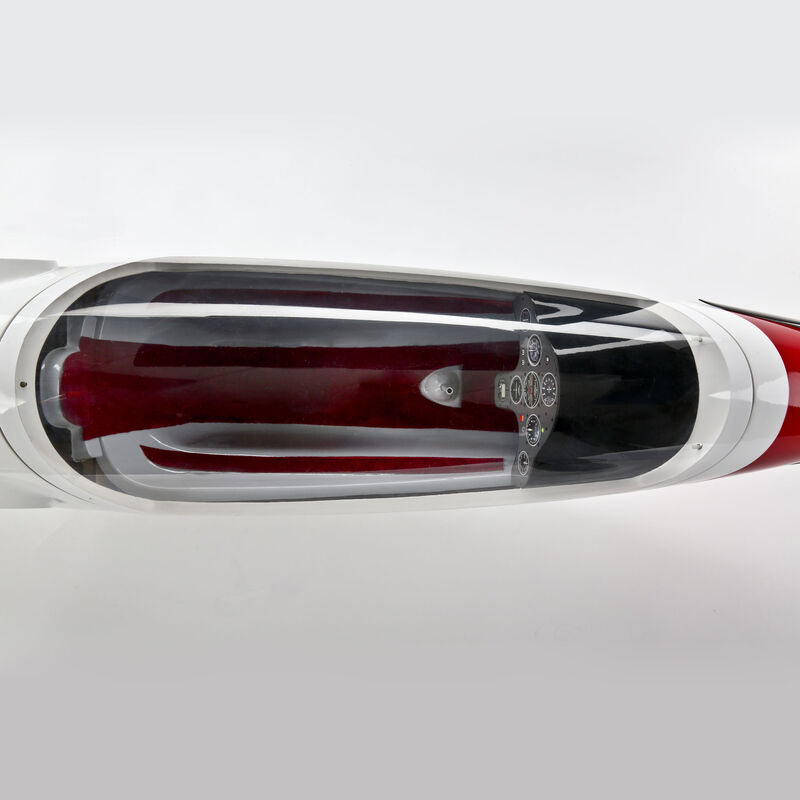 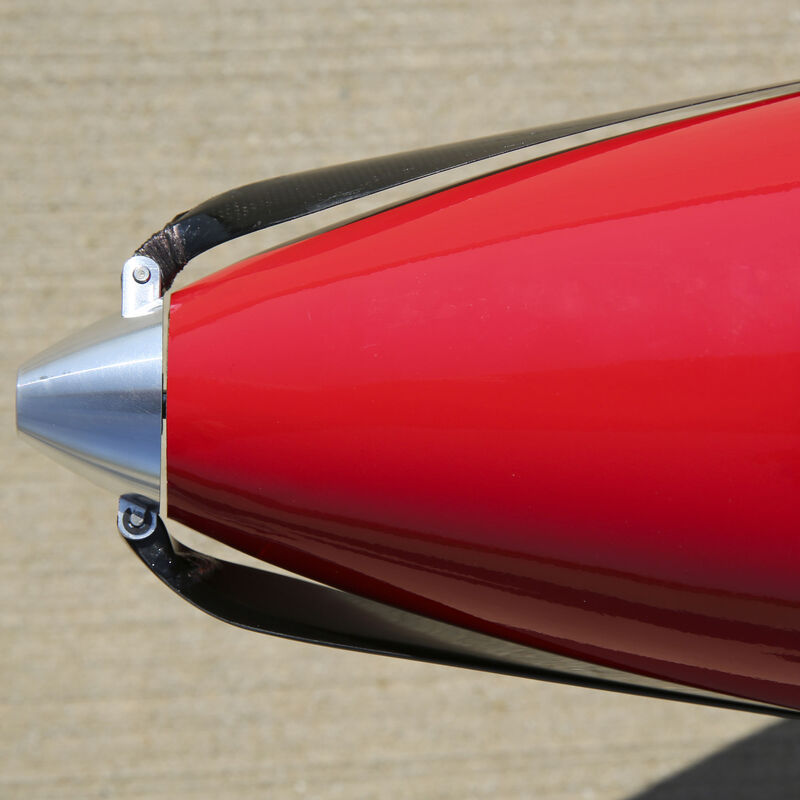 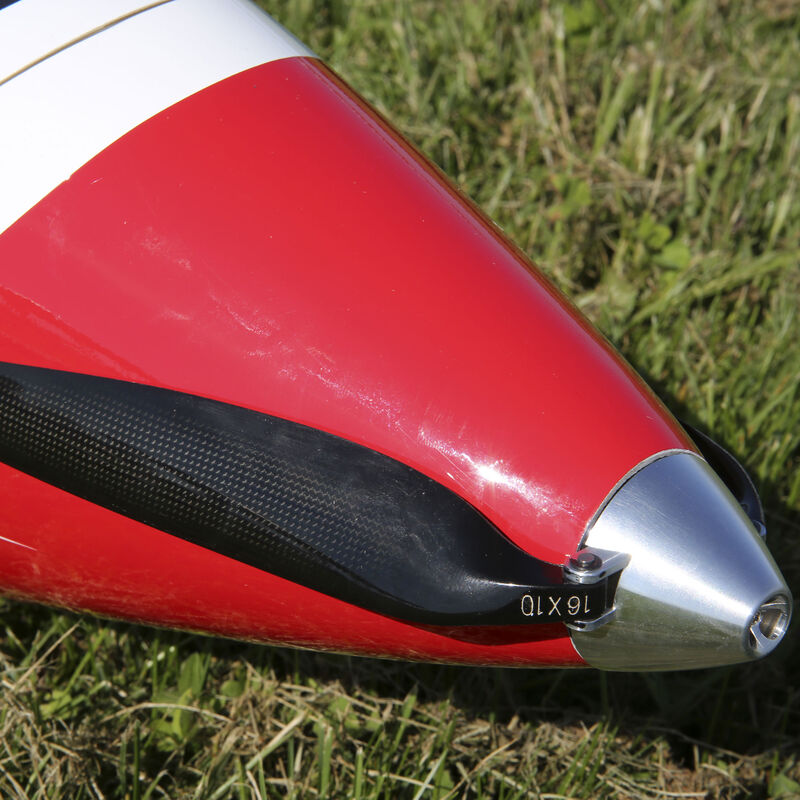 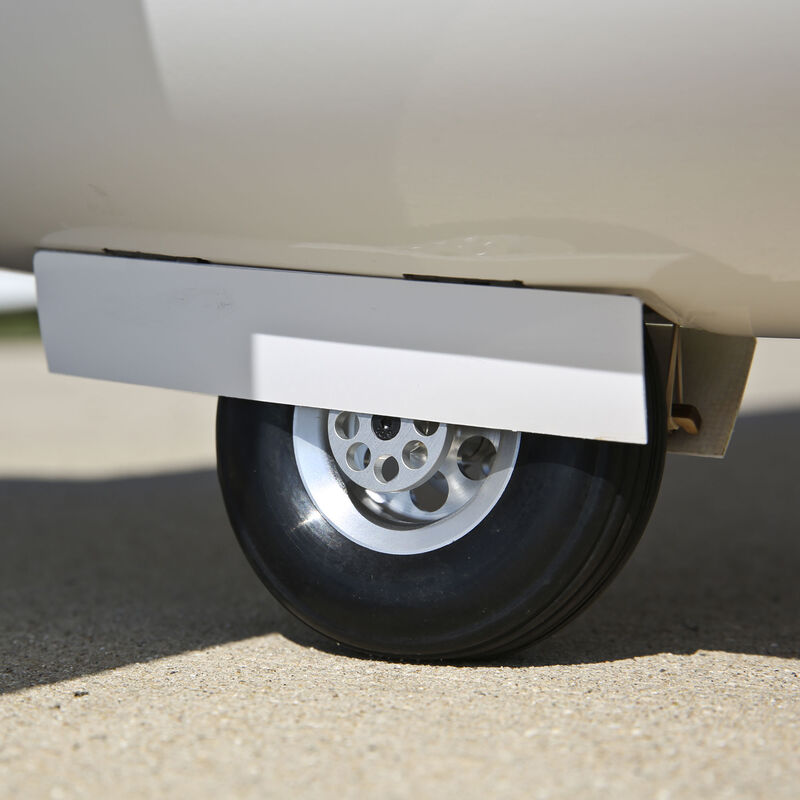 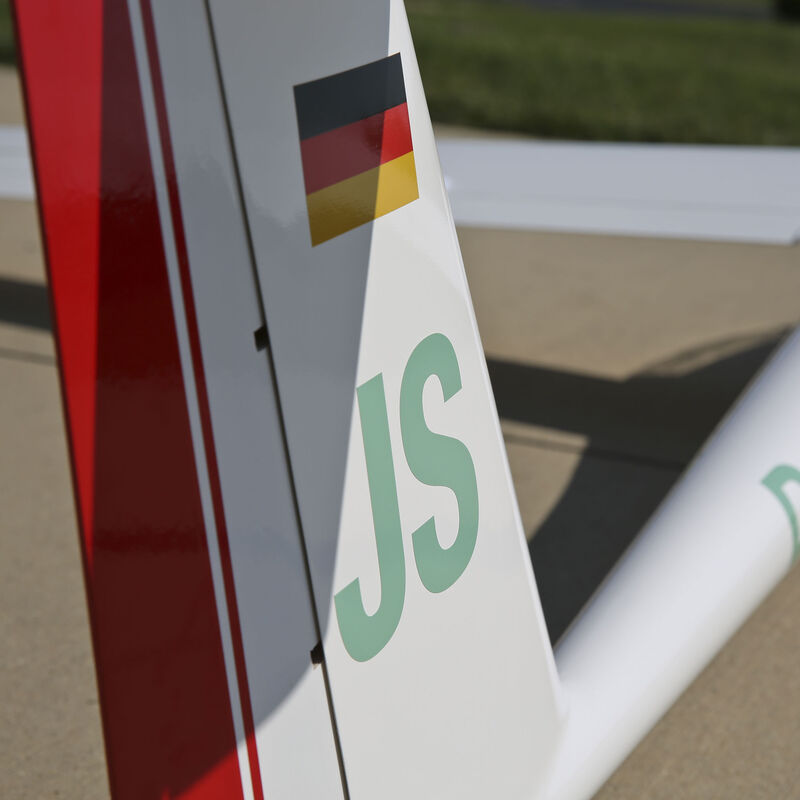 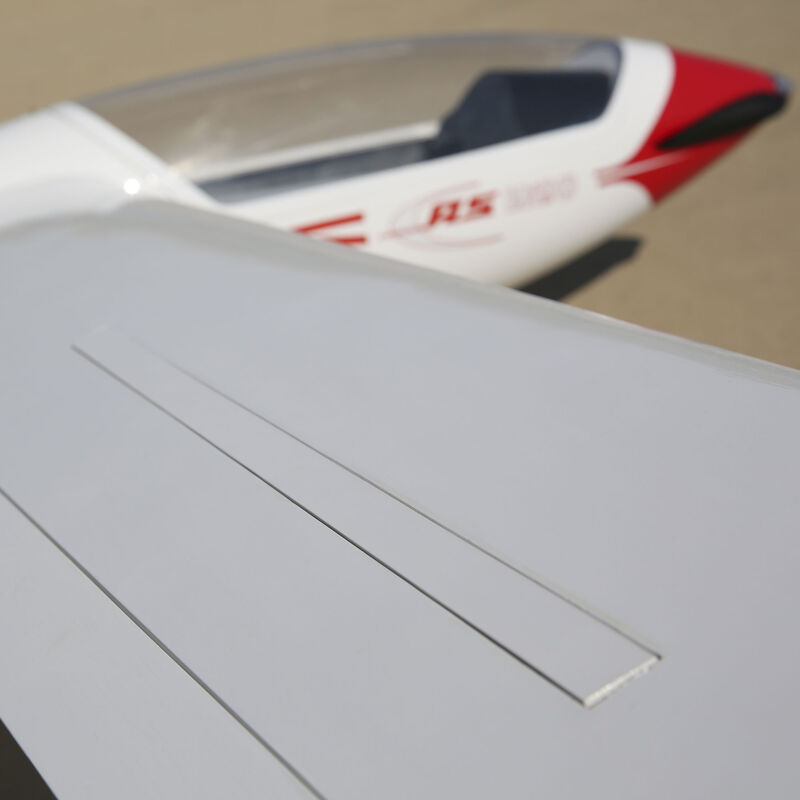 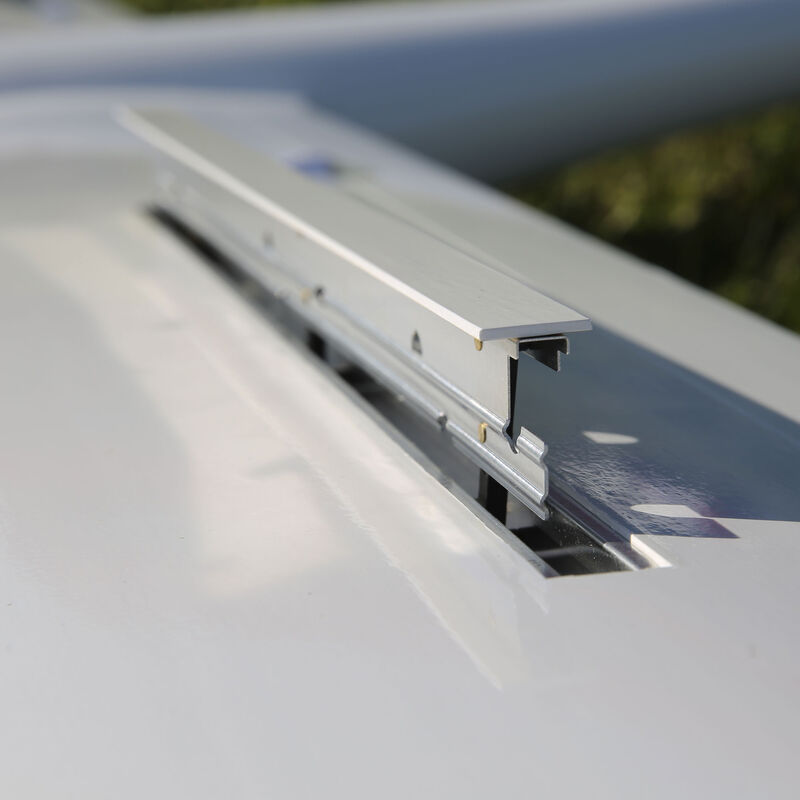 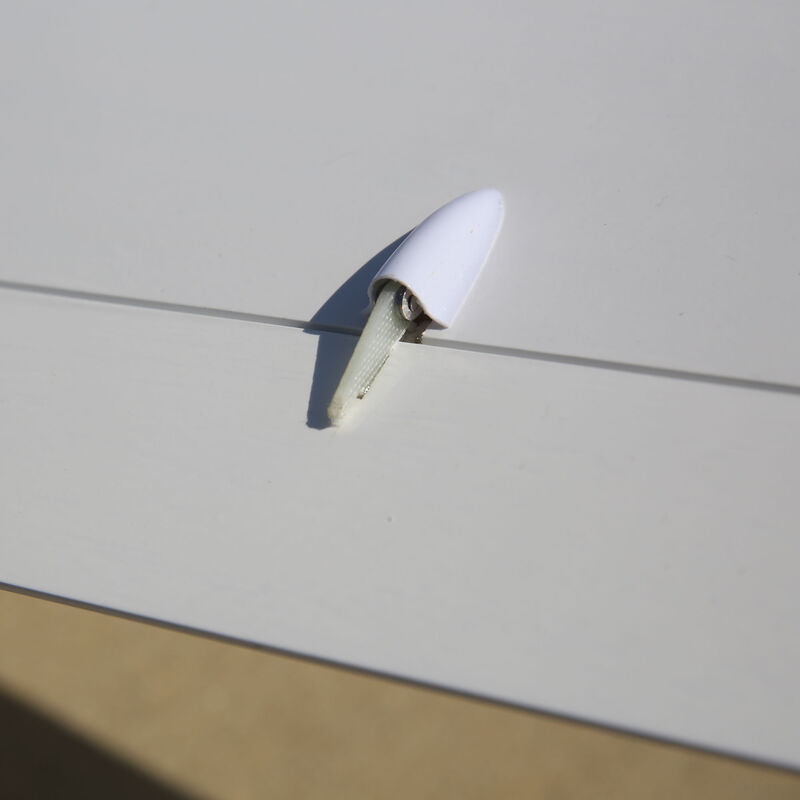 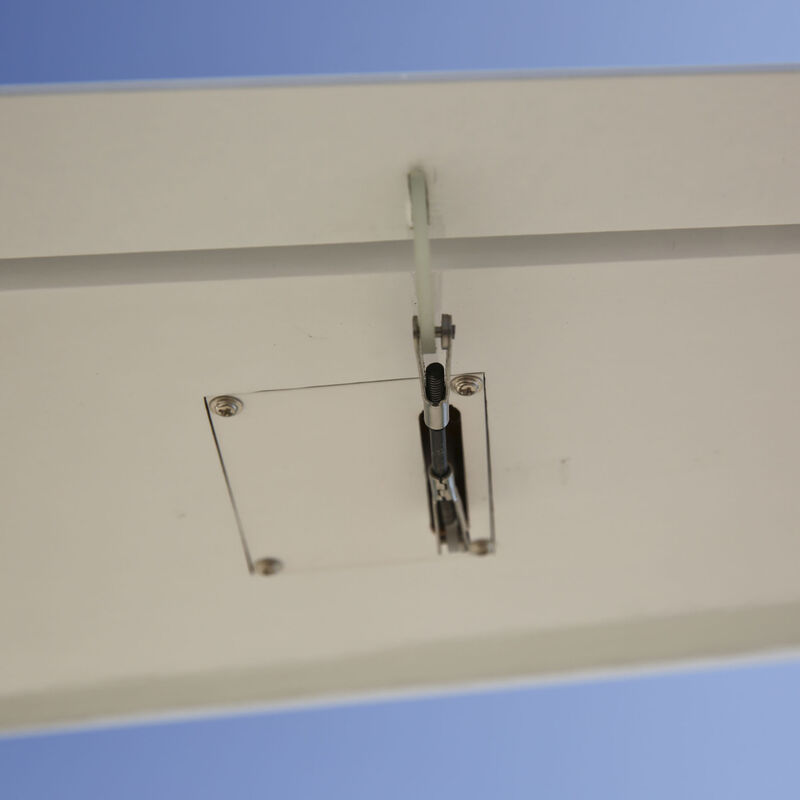 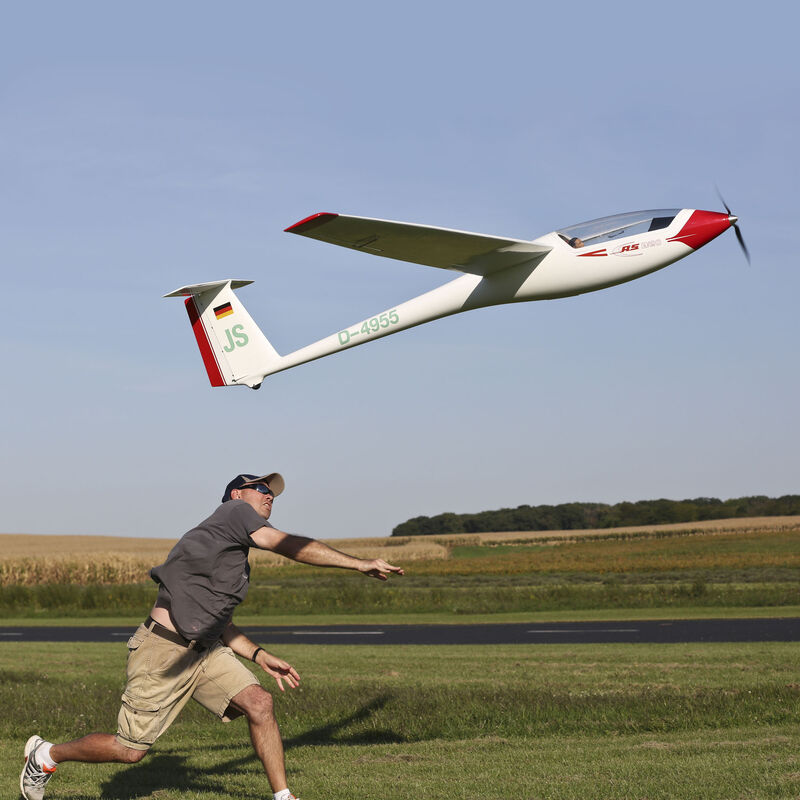 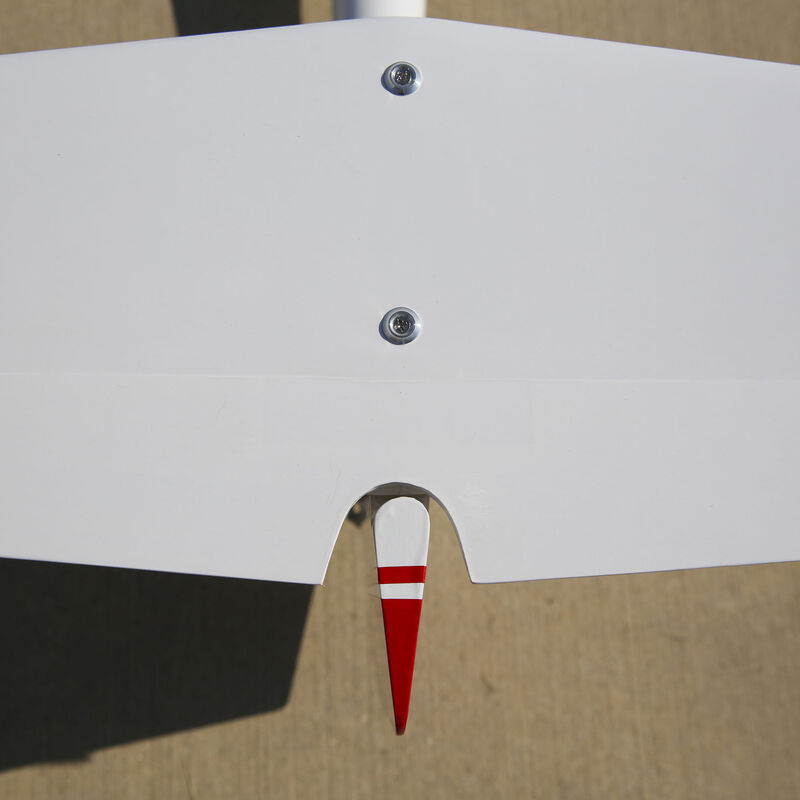 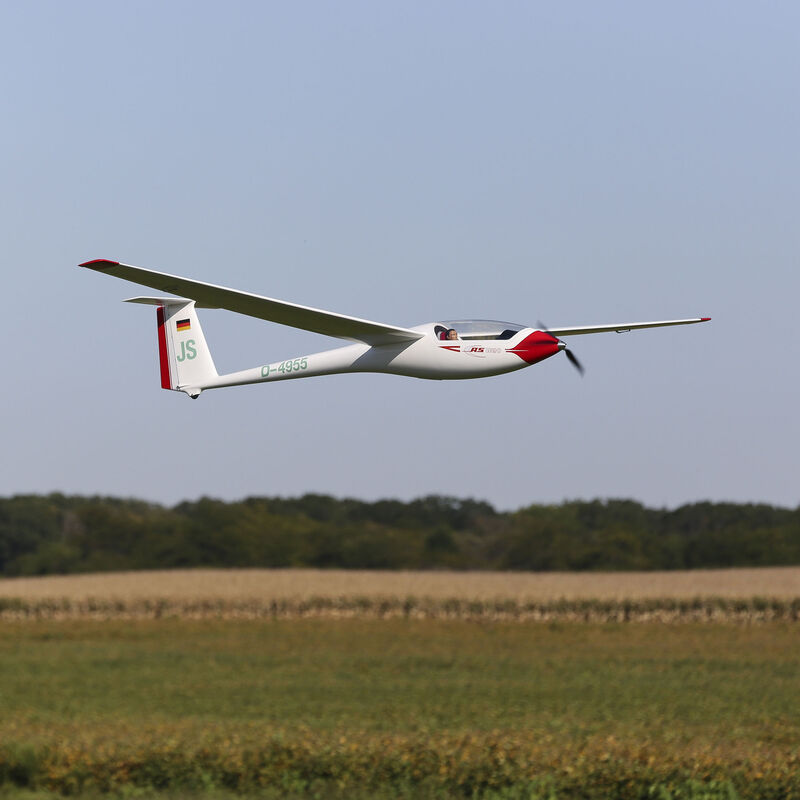 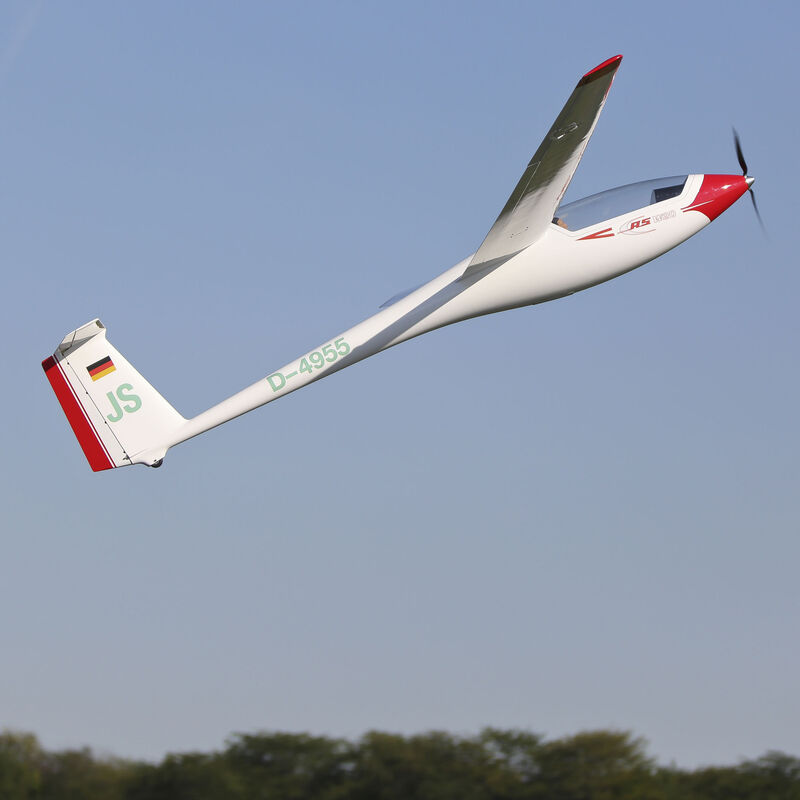 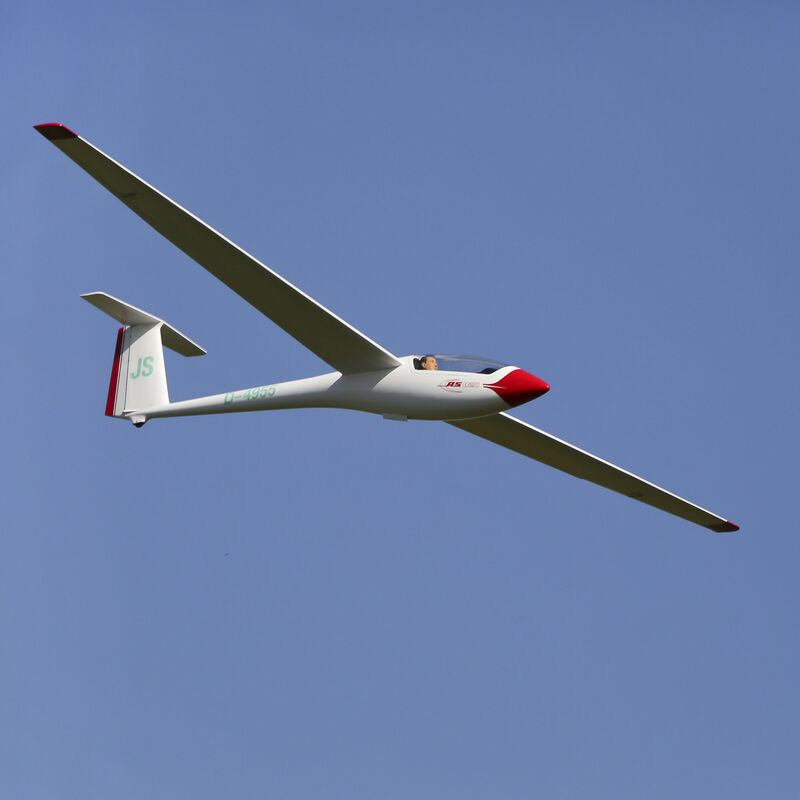 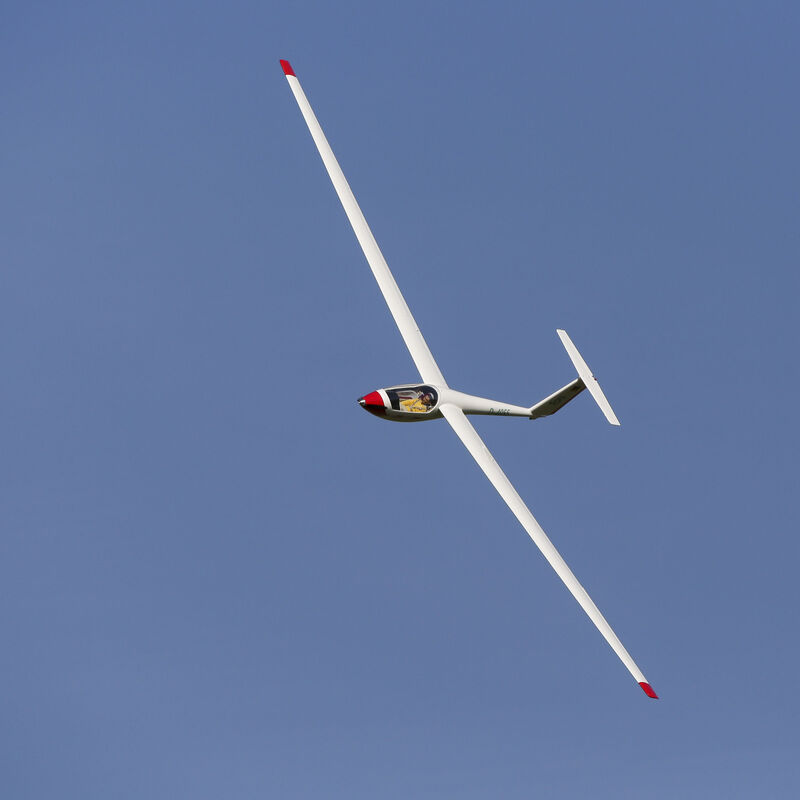 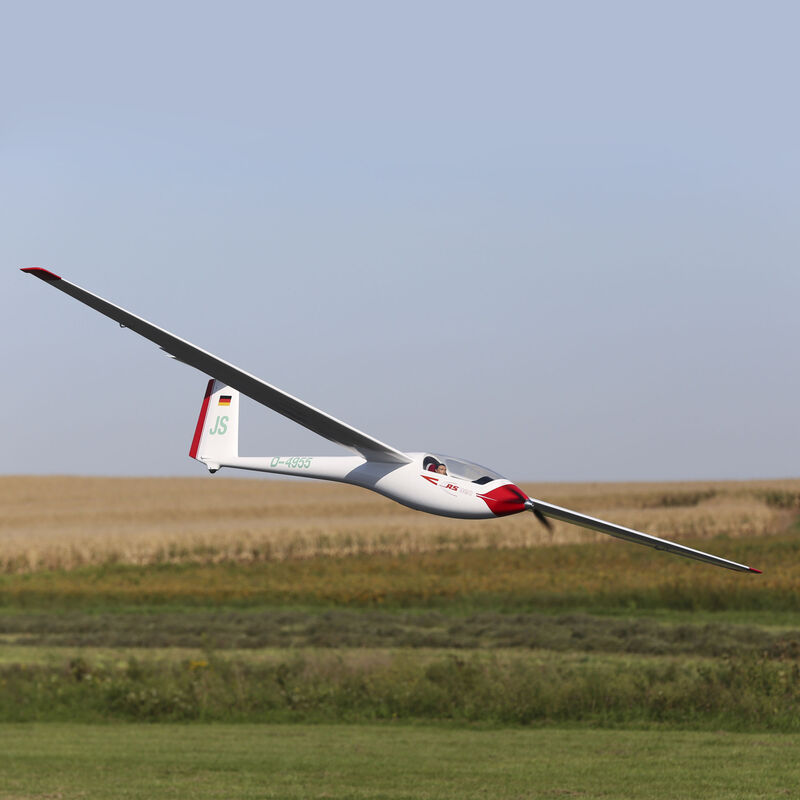 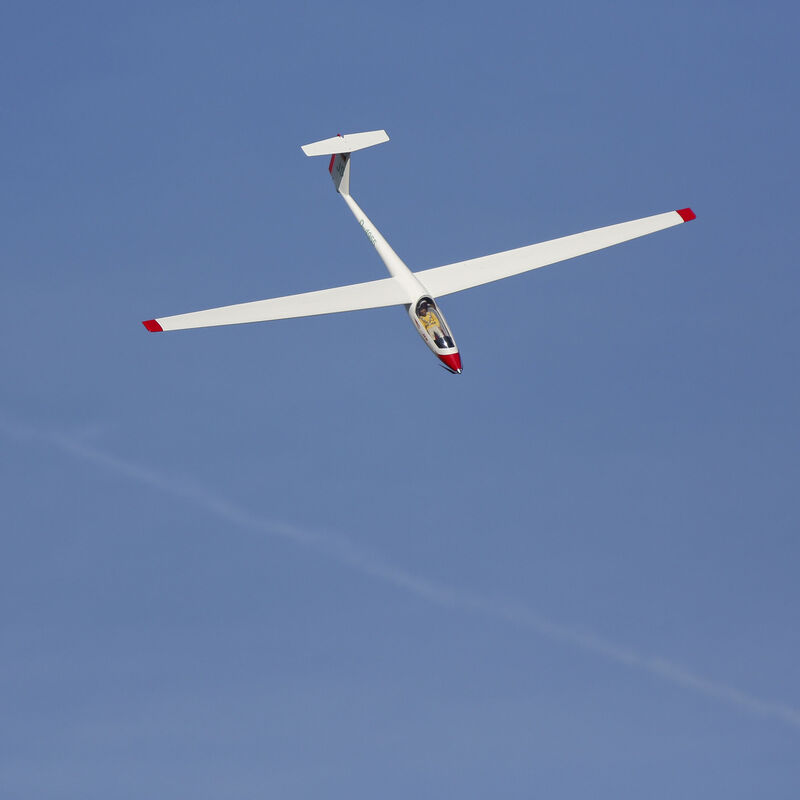 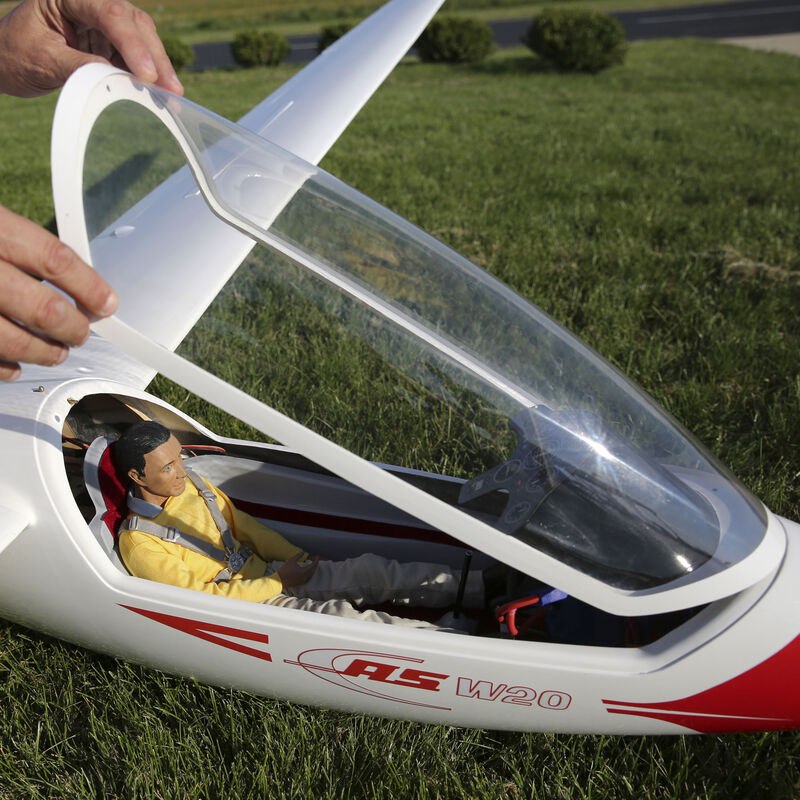 Soaring offers a sense of adventure that uniquely connects a pilot to the environment in a way that’s both relaxing and challenging. Modern composite glider designs are both incredibly efficient and capable of amazing speed, enabling the pilot to conquer conditions as vast as there are sites to soar. Just one such marvel of aerospace technology is the Alexander Schleicher GmbH & Co. ASW 20 sailplane. Designed by Gerhard Waibel, it’s a 15-meter ship that’s proven successful as a trainer and in competition at the World Championship levels.

The Hangar 9® ASW 20 4.7m ARF is a model tribute to the single-seat sailplane. Its dramatic wingspan puts it above the 1/3-scale category; however its light weight allows options not typically found in a giant-scale glider. The sleek fuselage is molded fiberglass right up to the vertical fin for a contoured appearance that’s as elegant as the original. Solid carbon-fiber rods support the foam-core wing panels, while balsa sheeting and carbon-fiber spar caps help assure that the HQ 12% airfoil is accurate and rigid. To complement the brilliant painted finish of the fuselage, the wings and horizontal stabilizer are covered in genuine Hangar 9 UltraCote® film.

As you might expect from a model of this caliber, a scale electric retract and electric spoilers are available. The flaps are functional and the horizontal stabilizer is removable just like the full-size. There are even pockets located in the wings for electric spoilers. But the option that takes this masterpiece of soaring to another level is the practical application of an electric motor system. The specially-made spinner (available separately) fits the contour of the nose so that the motor-drive is practically invisible during flight. As a result, the ASW 20 4.7m is a great way to join the world of RC Aero Tow flying as well as a giant-scale electric powered dream machine.

If adding the thrill of giant scale soaring is the way you’d like to climb higher, add the Hangar 9 ASW 20 4.7m ARF to your fleet now.

The fiberglass fuselage is equipped with a cockpit tub which conceals the roomy electronics area that’s enclosed by a crystal clear canopy hatch. Pilot figure not included.

Complete the authenticity of the scale soaring experience by simply bolting in the optional E-flite® 1/3-scale Sailplane Electric Retract.

An electric power system including the E-flite Power 60, 470Kv motor, 100-amp ESC, and single 6S Li-Po battery can be easily added. The recommended spinner has been contoured to match the scale outline.

Manage lift with greater precision by taking advantage of the electric spoiler option. The E-flite® Electric Spoiler Set, 440mm simply bolts right in and connect directly to an open channel on your receiver. 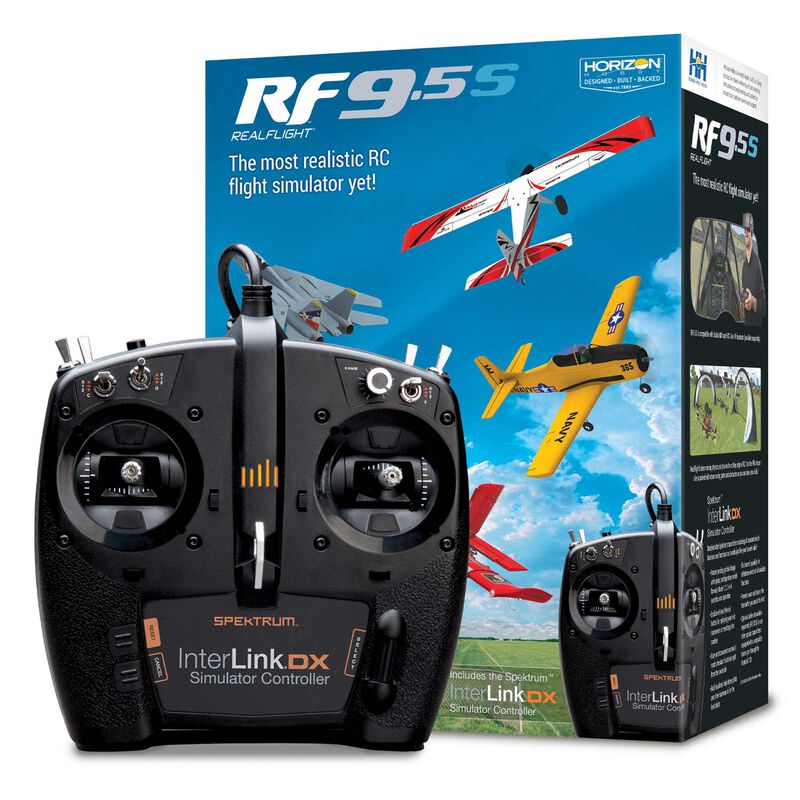 RealFlight® 9.5S adds more features to the #1 RC flight simulator in the world, including new aircraft, AMA Flying Site 4, and the benefits of being delivered exclusively via Steam® – the world’s largest digital distribution platform for PC games and sims!