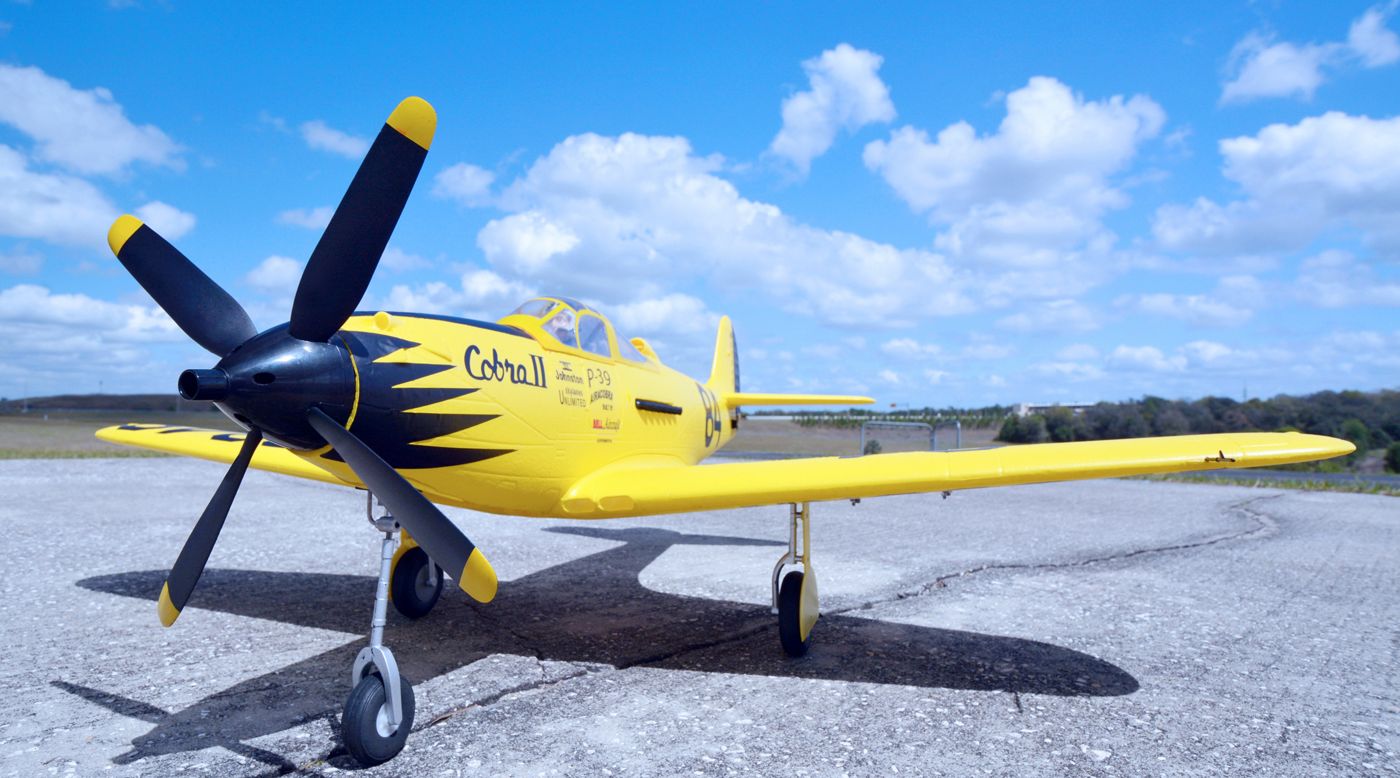 The Bell Aircraft P-39 Airacobra was one of the principal American fighter aircraft in service when the United States entered World War II. The P-39 was used with great success by the Soviet Air Force, which scored the highest number of individual kills attributed to any US fighter type.

Cobra II a major modification to the original P-39, was owned jointly by Johnston and Bell test pilots Chalmers "Slick" Goodin and Jack Woolams, Cobra II was favored to win the 1946 Thompson Trophy race, doing so against race-modified P-51 Mustangs. Cobra II was lost in 1946 during a late afternoon test flight over Lake Ontario, possibly at speeds of up to 400 mph (640km/h). Cobra II competed again in the 1947 Thompson Trophy, finishing third. In the 1948 Thompson Trophy race, she was unable to finish due to engine difficulties.

FMS has replicated Cobra II in its 980mm Series for those that want a truly different high speed aircraft to fly. If you love the warbird look and enjoy the excitement of heart-pounding speeds, this aircraft will satisfy both of your desires! With the stock 4 bladed prop, 3648 brushless Outrunner motor, 4 cell LiPo battery and 70A ESC, the Cobra II can obtain speeds of up to 100mph+.

Be ready to turn heads with the awesome 980mm Cobra II.

AR636 DSMX 6-Channel AS3X Sport Receiver SPMAR636
$99.99  $79.99
This item is no longer available
Unavailable
** Discontinued items will not be added to cart
Add All Items to Cart