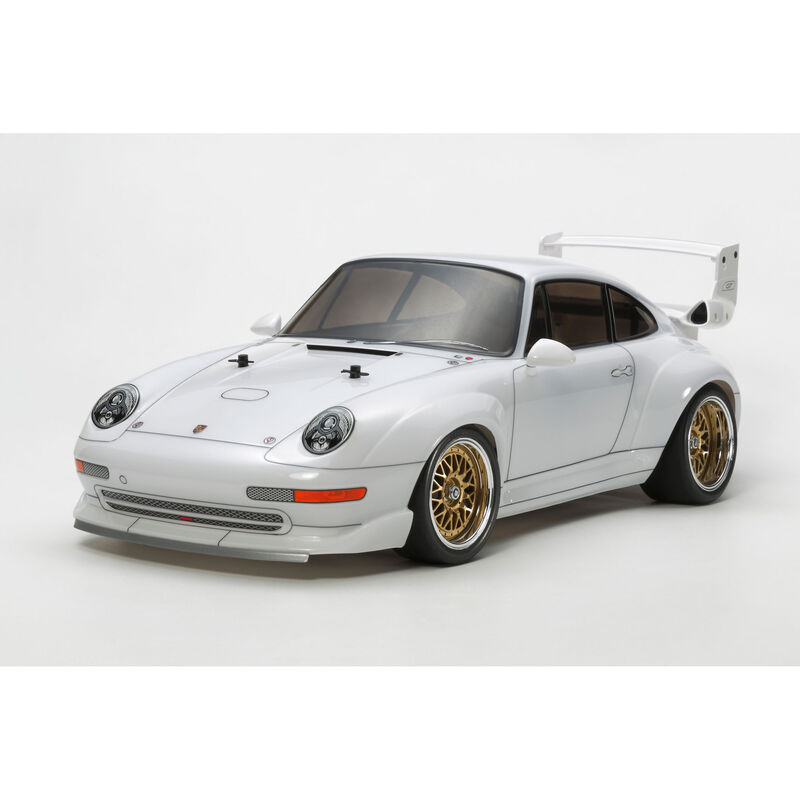 Item No. TAM47321
This Item is No Longer Available

Introduced in 1995, two years after the 993 911 had been launched, this sports car was based on the 911 Turbo and built to GT2 class regulations, with Porsche naming it accordingly.

Although heavily based on the 911 Turbo, the GT2 looked quite radical for the mid-1990s. It was, after all, a road-legal racecar! The 911 Turbo was already menacing by appearance, but the GT2 took things up a notch by means of a more aggressive front bumper with side canards, widened fenders, and a massive rear wing with air scoops in the struts. New, wider wheels were also crafted for the GT2 and shod in fatter tires. The ride height was also dropped, taking the GT2 closer to the ground compared to other 993-gen 911s.

The aerodynamic modifications brought dramatic improvements on the performance front, enabling the GT2 to charge from 0 to 60 mph in under four seconds and reach a top speed of 187 mph, quite a benchmark for 1995.

The GT2's wider fenders were made from lightweight fiberglass to help the sports car lose more weight. Porsche actually cut the Turbo's normal fenders and replaced them with bolt-on plastic pieces. The strategy not only helped ease the repair of damaged to the fenders, but also gave the road-going version a distinct racy appearance.

The Tamiya RC car brings this street legal racecar back to hobbyists' hands. It comes back on the chassis platform that enjoyed immense popularity in the early touring car days of R/C, the TA-02. The Porsche 911 GT2 body is specifically mounted on a TA-02 variant. Known as the TA-02SW, this version exhibited a short-wheelbase and has wider track width to accommodate the scale form of the real sports car. It features a tub chassis with 4-wheel, fully independent suspension coupled with a rear ball differential and a front gear type differential.