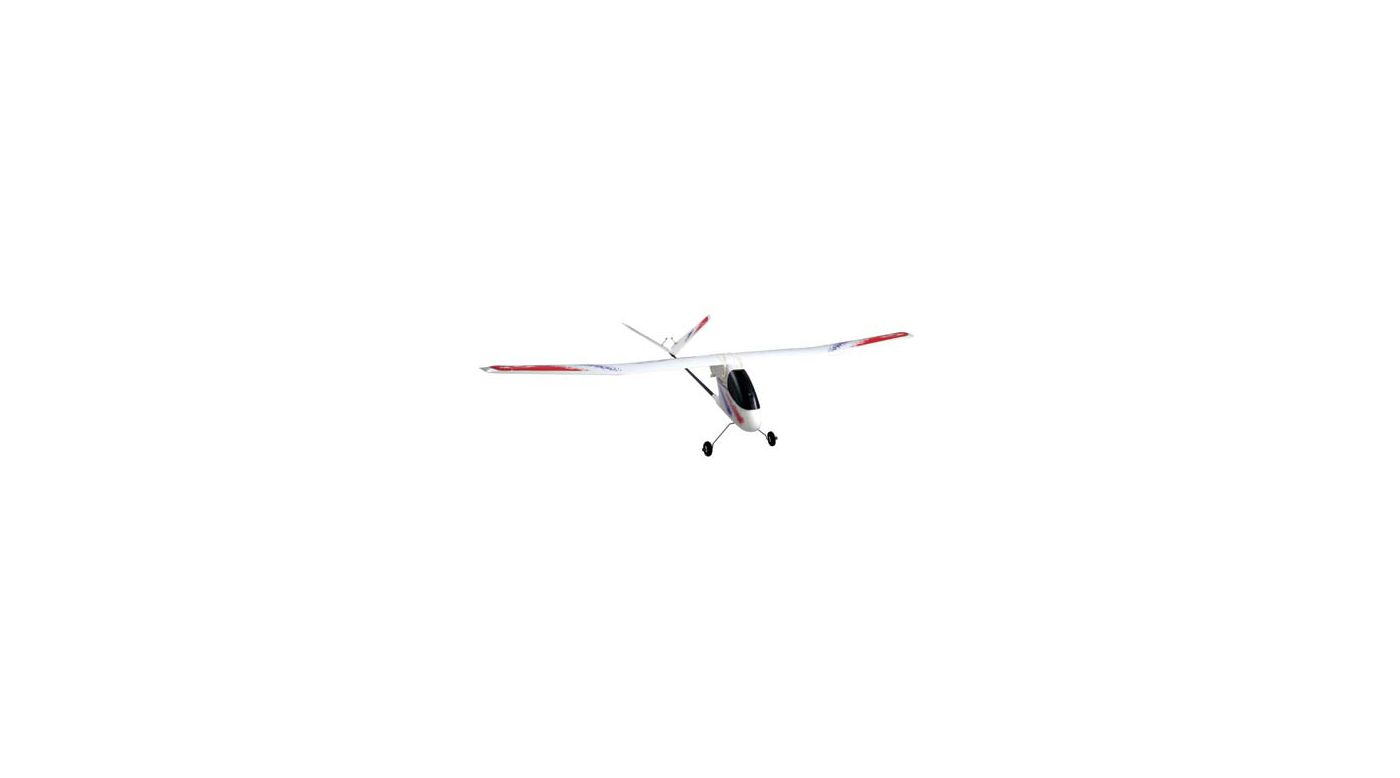 For first time pilots, HobbyZone’s Firebird Commander™ makes learning to fly easier than ever. Plus once you’ve earned your wings, the Firebird Commander easily converts via an onboard programmable computer chip to Expert Mode, offering increased control response for exciting maneuvers like wingovers, dives and even pylon turns.

HobbyZone’s Firebird Commander features a revolutionary flight control system called Smart-Trak. With Smart-Trak, an on-board time-based computer adjusts control throws based on selected modes, conditions and throttle positions significantly improving the flight handling and performance. The difference is amazing, and the Firebird Commander is the only airplane available featuring the Smart-Trak control system.

Standard Mode: Designed for first time pilots, Standard Mode gives positive control response, while preventing the common problem of crashes caused form over-controlling and spiraling. When a full right or left steering input is given, the rudders move beyond normal travel in the direction of the turn for about two seconds. This gives a strong initial control response, allowing for quick turns and responsive maneuvering. If the stick is held over for more than 2 seconds, the rudders automatically reduce throw (about 50%), maintaining the turn yet preventing over-controlling and spiraling. With Standard Mode activated, flying the Firebird Commander is as easy as driving around the sky, and you don’t have to worry about crashes caused from over-controlling. Now anyone can fly successfully the fist time out!

In both Smart-Trak modes, the control throw is increased to maximum anytime the motor is in the Off position. This gives positive control authority even during glide and on approach to landing.

For extra fun and excitement, the Firebird Commander comes standard with an innovative X-Port that lets you add exciting optional plug-in accessories like the Sonic Combat Module and Aerial Drop Module (both sold separately).

See the features of the current HobbyZone Firebird line at a glance with the
Firebird Comparison Chart. (provided by HobbyZoneSports.com)

Transmitter Antenna: All HBZ Birds/ZZR/ZZR2 HBZ1058
$4.99
This item is no longer available
Unavailable