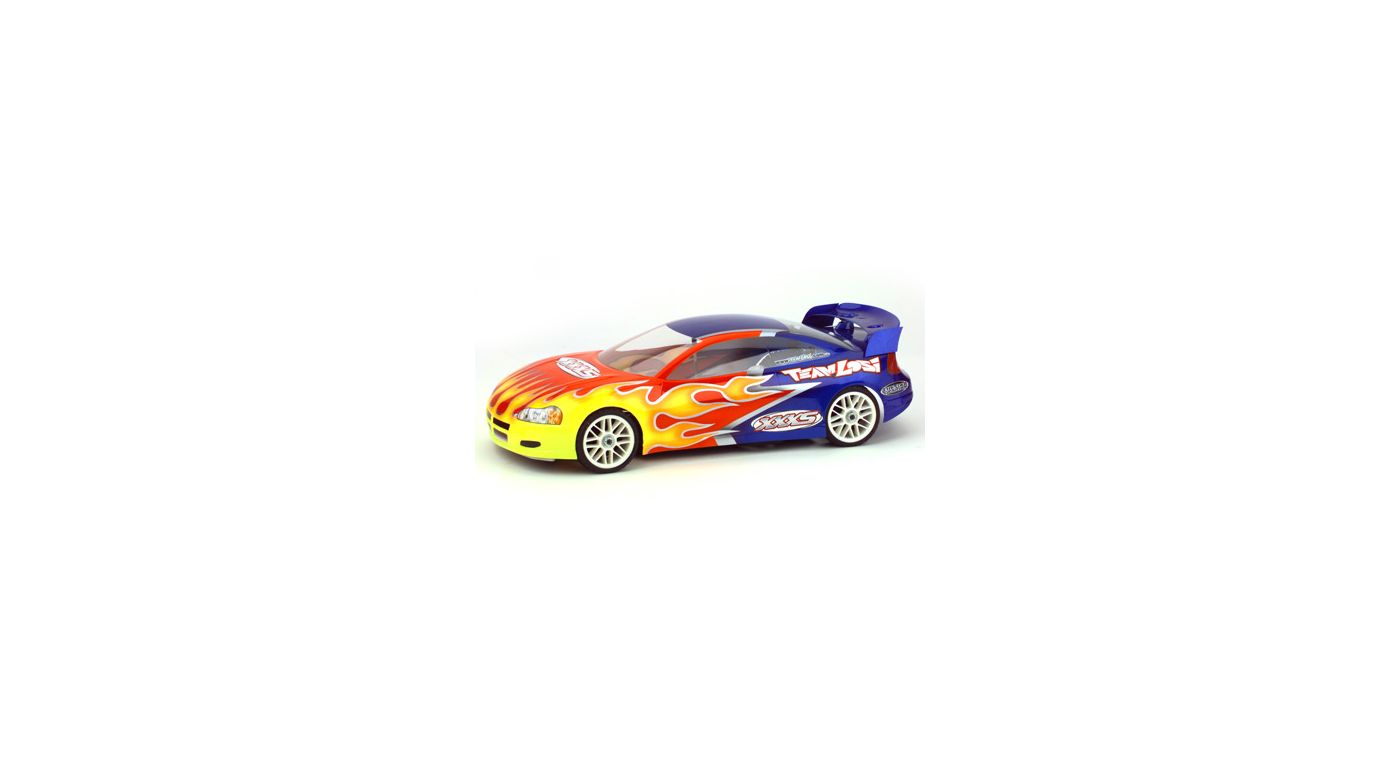 Gil Losi Jr. is a man obsessed. Obsessed with racing. He eats, sleeps, and breathes it. Fortunately this obsession manifests itself into some of the finest racing chassis available. Such is the case with the all-new XXX-S Sedan.

It all started with a modified XX-4 chassis that eventually became the Street Weapon, Losi's first sedan. While pleased with its performance (back-to-back ROAR National Championships and the first ever IFMAR touring car World Championship), Gil Jr. was already dreaming about an even better sedan-one based on an entirely new chassis specifically designed for the rigors of on-road sedan competition. Several years and three prototypes later, we can now enjoy the result of Gil's obsession. The XXX-S is a one-of-a-kind design that takes some of the best features of current sedan technology and adds several innovations all its own.

Chassis flex is the enemy of any finely tuned sedan. With the XXX-S, Losi set out from the start to eliminate as much flex as possible. He accomplished this by limiting the chassis to a single piece and keeping the bolt on components to the bare minimum. This has greatly reduced the amount of component shift that occurs from impacts of normal driving. A ride height gauge is included with the XXX-S that helps racers make the most of this exceptionally rigid platform.

Another aspect of the XXX-S chassis design that is sure to win favor with every sedan fan, regardless of their level of expertise, is the fact that racers can use Losi or any of the hundreds of other zero offset wheels from other sedan manufacturers. This includes Tamiya, Kyosho, and HPI.

At the heart of the XXX-S is a new sealed, single-belt drivetrain. While the use of a single-belt system is not unique, Losi elevates the concept to a whole new level. By using larger diameter pulleys than are normally used, Losi has managed to create a single-belt drive that requires less belt-tension and creates less friction. As a result the XXX-S accelerates faster and the belt lasts longer. Because the whole system is sealed, maintenance is kept to a minimum.

The spur gear is centrally located near the middle of the chassis so racers can make at-the-track changes quickly and easily. Moving to the front and rear extremes of the belt drive, racers will find easy-access differentials that can each be accessed with the removal of just six screws. Racers can remove or replace a diff in as little as three minutes. This is the kind of tuning flexibility that, until now, racers could only dream about.

By breaking with the past and starting over, Losi has created a sedan that is unlike anything else. Its ease of maintenance is sure to draw many loyal drivers, as will its performance on the track. See the new standard in sedan racing for yourself at your local hobby shop. We're sure you'll find the XXX-S well worth the trip.

Sticker Sheet:XXX-S LOSA8332
$3.99
This item is no longer available
Unavailable