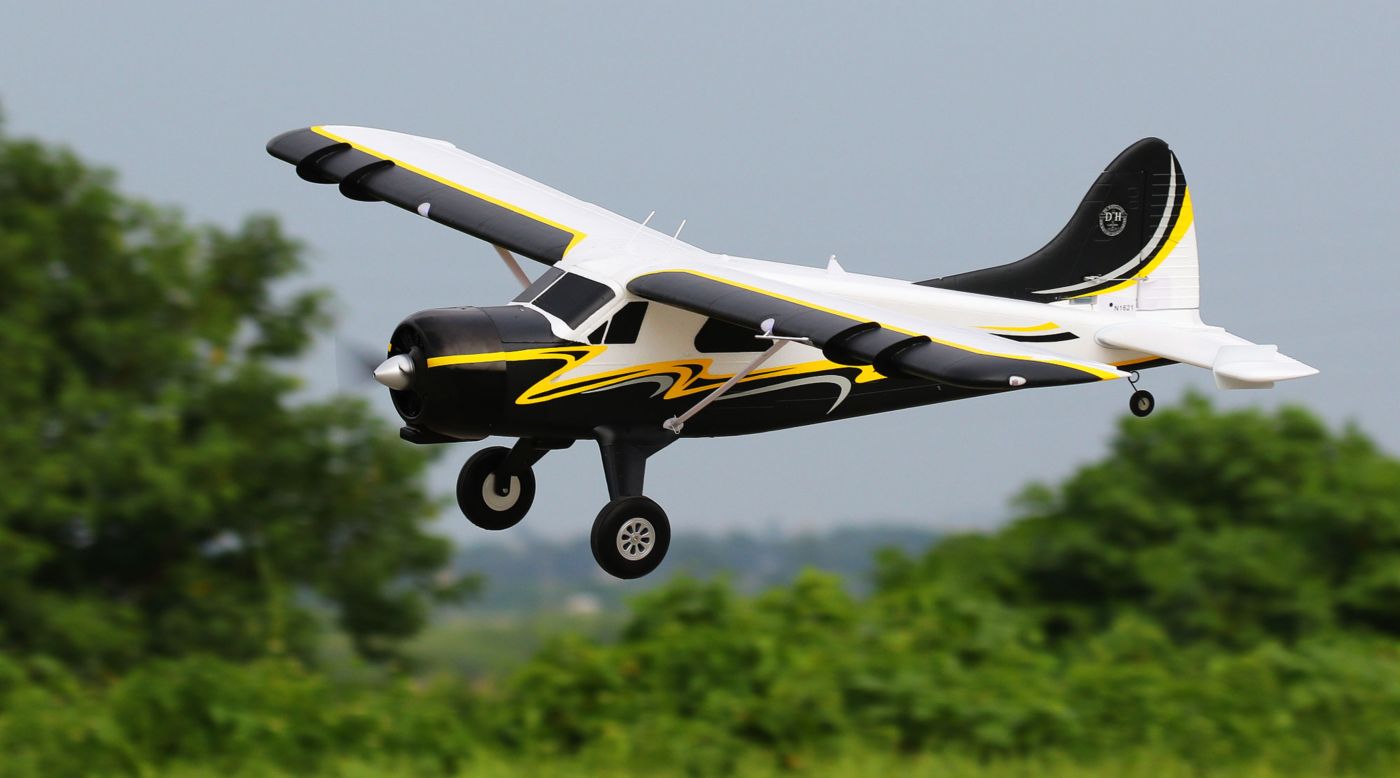 Not only does it look fantastic, the Beaver performs superbly. The thrust force can reach more than 5000g and the flying weight is only 3800g. With a classic, elegant black and yellow trim scheme, the Beaver combines breath-taking visuals with its impressive performance specs. Capable of leisurely low and mid-speed flight, this model still maintains surprising aerobatic qualities.

With the latest multi-connect technology, FMS has streamlined the wiring system, making it easier to install and eliminating wiring problems. Easier plane transport is facilitated by the new connectors that allow pilots to remove and replace wings with just one step. All channels on each wing are brought together in one port. The customers can install the main wing set simply by inserting the port and then securing with four screws.

To make flying the Beaver more fun at night, there are five LED lights. Light up the night with LEDs located in front of the main wing set and at the rear of the fuselage.

The aileron and flap are to scale. The latest EPO52 foam material as well as the hollow main wing greatly alleviates the airplane weight.

Electric retracting tow release and floats are available to add to the package. The tow release will make your model ready to tow banners and gliders. With optional floats, the Beaver’s high-powered motor is ready to be put to the test of a water take off.

The DHC-2 Beaver is a general purpose bush plane developed by de Havilland Canada. Though originally used for cargo/passenger hauling and crop dusting, it was also adopted by the United States Armed Forces as a utility aircraft and search and rescue unit. The single-engine, high-wing, propeller-driven STOL aircraft appeared in both the Korean and Vietnam Wars and was popular among front line men. When production finally ceased in 1967, only 1,657 DHC-2 Beavers had been built.